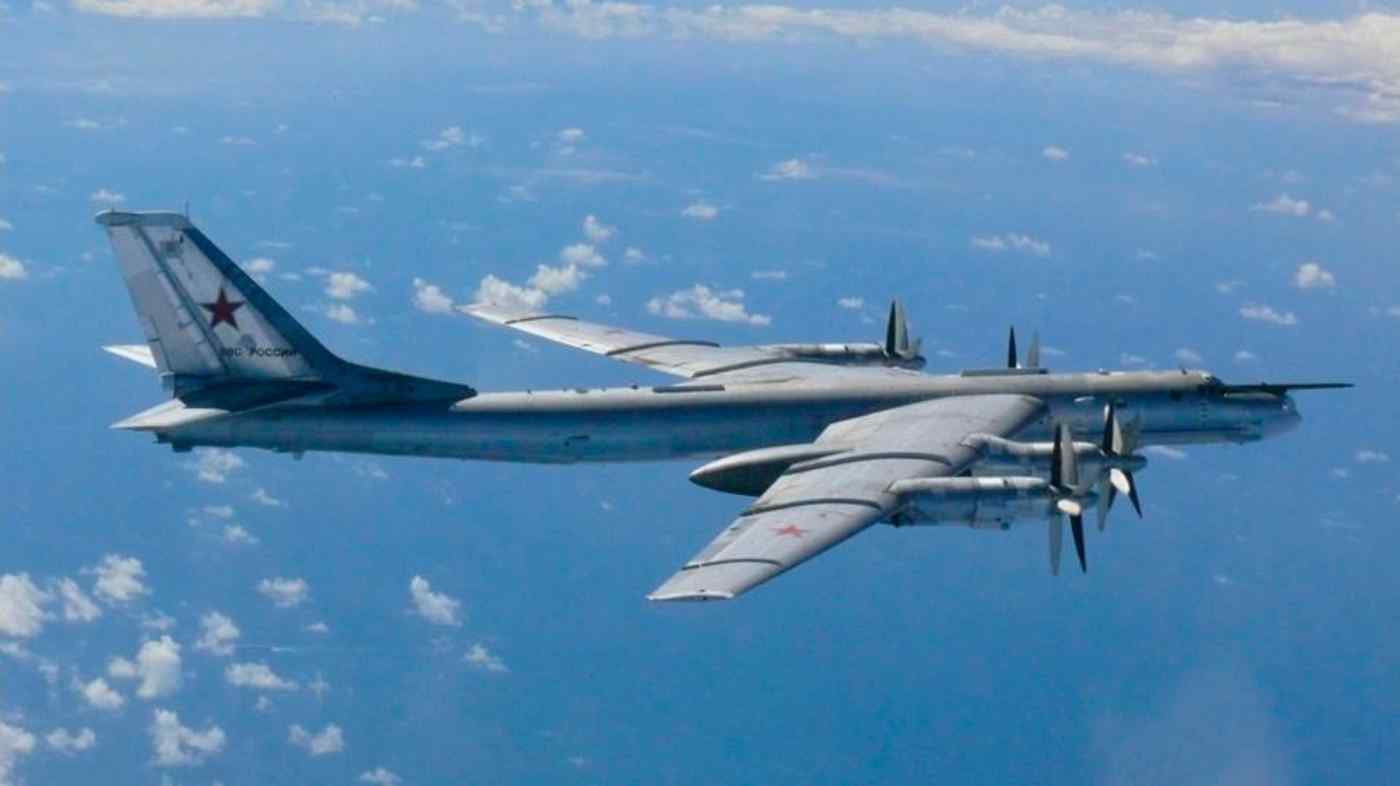 TOKYO -- The patrol by Chinese and Russian military planes near Japan during this week's Quad summit was the latest in a long line of joint exercises that aim to help the two countries' forces coordinate more effectively in the region, even as Beijing opts not to militarily support Moscow in its invasion of Ukraine.

Two Chinese H-6 bombers and two Russian TU-95 bombers flew over the Sea of Japan and the East China Sea during Tuesday's meeting of the Quad -- formally the Quadrilateral Security Dialogue, whose members are Japan, the U.S., India and Australia. Two other Chinese aircraft, believed to also be H-6 bombers, replaced the two in the formation, which then flew over the Miyako Strait near Okinawa to the Pacific Ocean and back.