China and India agree to disengage troops along contested border 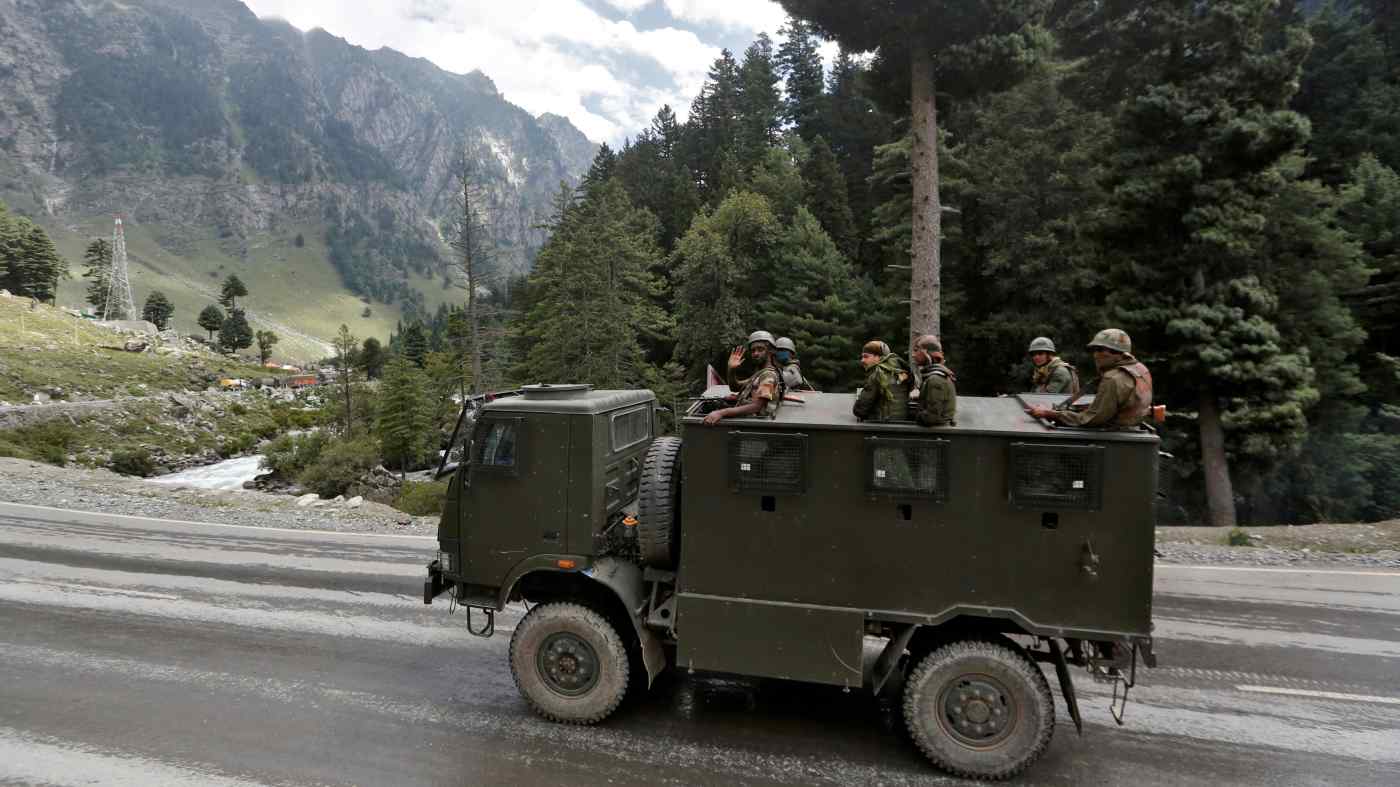 Indian soldiers move along a highway leading to Ladakh in early September: The foreign ministers of India and China agreed on Sept. 11 to pull their troops back from their shared border.   © Reuters
September 11, 2020 10:33 JSTUpdated on September 11, 2020 15:24 JST | China
CopyCopied

NEW DELHI (Reuters) -- China and India said on Friday they had agreed to de-escalate renewed tensions on their contested Himalayan border and take steps to restore "peace and tranquillity" following a high-level diplomatic meeting in Moscow.

Chinese State Councillor Wang Yi and Indian Foreign Minister S. Jaishankar met in Moscow on Thursday and reached a five-point consensus, including agreements that troops from both sides should quickly disengage and ease tensions, the two countries said in a joint statement.

The consensus, struck on the sidelines of a Shanghai Cooperation Organisation meeting, came after a confrontation in the border area in the western Himalayas earlier this week.

"The two Foreign Ministers agreed that the current situation in the border areas is not in the interest of either side. They agreed therefore that the border troops of both sides should continue their dialogue, quickly disengage, maintain proper distance and ease tensions," they said in the statement.

Jaishankar told Wang that the immediate task would be for troops to step back from the "areas of friction" so that things do not get worse, an Indian source said. Troops are barely a few hundred metres apart at some points.

China and India accused each other of firing into the air during the confrontation, a violation of long-held protocol not to use firearms on the sensitive frontier.

Wang told Jaishankar the "imperative is to immediately stop provocations such as firing and other dangerous actions that violate the commitments made by the two sides," China's foreign ministry said in a statement on Friday.

Wang also told Jaishankar all personnel and equipment that have trespassed at the border must be moved to de-escalate the situation.

In June, tensions erupted into a frontier clash in which 20 Indian soldiers were killed and China suffered an unspecified number of casualties.

Shares of defence-related firms fell in China on Friday after the news of progress in the talks, with the CSI National Defense Industry Index down 1.2% and on track for its steepest weekly decline since Oct. 12, 2018. Tongyu Heavy Industry shares tumbled as much as 16.4% at one point.

The ministers' meeting lasted for two hours and was the latest diplomatic effort to head off a broader conflict between the world's two most populous countries, which went to war in 1962.

Jaishankar told Wang that India was deeply concerned about the buildup of Chinese forces on the Line of Actual Control on the poorly defined border.

"The Chinese side has not provided a credible explanation for this deployment," an Indian government source quoted Jaishankar as saying at the meeting.

"The provocative behavior of Chinese frontline troops at numerous incidents of friction along the LAC also showed disregard for bilateral agreements and protocols," Jaishankar said, adding any unilateral attempt to change status quo would be resisted.

The Global Times said in an editorial published late on Thursday that any talks with India should be paired with "war readiness".

"The Chinese side must be fully prepared to take military action when diplomatic engagement fails, and its frontline troops must be able to respond to emergencies, and be ready to fight at any time," the newspaper said.