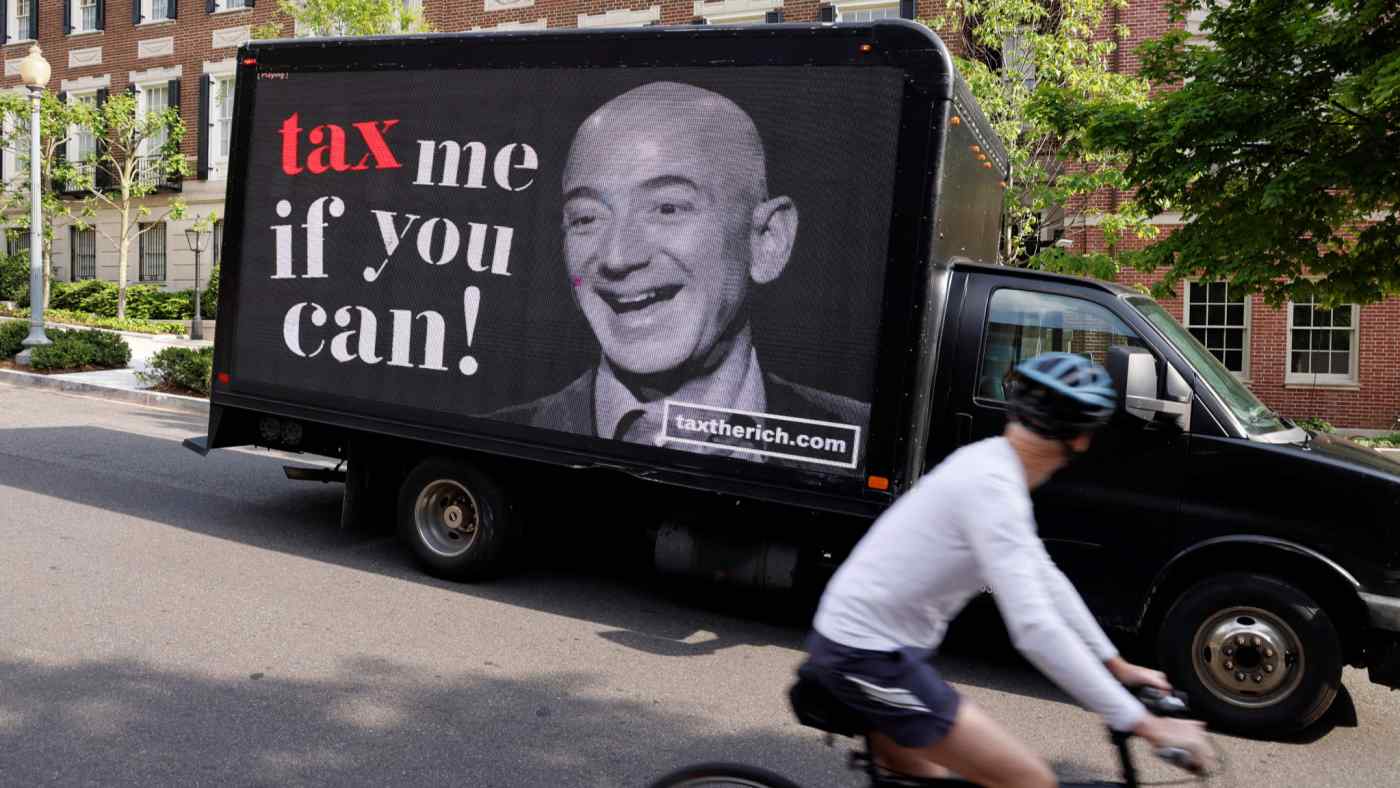 TOKYO -- Negotiators from 130 nations and territories on Thursday reached a broad agreement on corporate taxation meant to halt a race to the bottom in tax rates and pin down borderless tech giants.

The proposed plan calls for a minimum tax rate of at least 15%, an amount pushed for by U.S. President Joe Biden's administration. At the same time, a new digital tax would target about 100 tech companies that make at least 20 billion euros ($23.7 billion) in revenue with a profit margin of 10%.

A final agreement by leaders this year would mark a turning point away from a trend of falling tax burdens on multinationals.

The Organization for Economic Cooperation and Development, made up of mostly advanced economies, on Thursday presented the agreement after working-level talks. The U.S., China and India -- which has rolled out its own digital tax -- were part of the consensus.

Biden praised the agreement as "an important step in moving the global economy forward to be more equitable for workers and middle-class families" around the world.

The U.S. president said in a White House statement the agreement would force multinational corporations to pay "their fair share" in taxes and prevent them from hiding assets in offshore havens.

"With a global minimum tax in place, multinational corporations will no longer be able to pit countries against one another in a bid to push tax rates down and protect their profits at the expense of public revenue," Biden said.

The 130 countries and jurisdictions represent more than 90% of global gross domestic product. "A small group" of the tax debate's 139 members have yet to join the statement, the organization said.

Ireland, a prominent low-tax jurisdiction that has competed for global investment with a 12.5% corporate tax rate, is part of the discussions but not the statement. Finance ministers from the Group of Seven nations meet at Lancaster House in London on June 5.   © AP

Global financial chiefs and central bank governors will gather next week for a two-day Group of 20 meeting. There, the proposals discussed at the OECD will be presented for an agreement at the ministerial level.

Once the details are ironed out, the plan would be put forward for a final agreement by October, with the aim of putting it into force in 2023.

The global debate on a minimum corporate tax has been driven by the massive profits reaped by tech giants like Google parent Alphabet, Apple and Facebook. Critics say tech companies' scarcity of physical assets like factories allows them to set up subsidiaries in low-tax jurisdictions and channel their digital earnings through there, avoiding payment in countries where they earn most of their profits.

"The framework updates key elements of the century-old international tax system, which is no longer fit for purpose in a globalized and digitalized 21st century economy," the OECD said in a statement.

OECD Secretary-General Mathias Cormann said: "This package does not eliminate tax competition, as it should not, but it does set multilaterally agreed limitations on it."

The profit margin at Amazon.com was less than 10% for the latest reporting period. There is an exception being considered that would open a company to the digital tax if a single business within the company makes 20 billion euros in revenue with a profit margin over 10%.

Governments face the daunting task of balancing their budgets after the coronavirus pandemic. The next issue facing negotiations is the fate of the digital service taxes put in place unilaterally by nations. France and the U.K. tax domestic revenue gained from online ads and similar sources.

The U.S. is demanding that such digital service taxes be promptly suspended or abolished after an international tax agreement is reached. But the jurisdictions that have already introduced their own digital service tax are hesitant to go down that route owing to the risk of lost revenue.

"This package will provide for appropriate coordination between the application of the new international tax rules and the removal of all Digital Service Taxes and other relevant similar measures on all companies," the OCED statement said.