Liu He and Aso push for resumption of currency swap pact 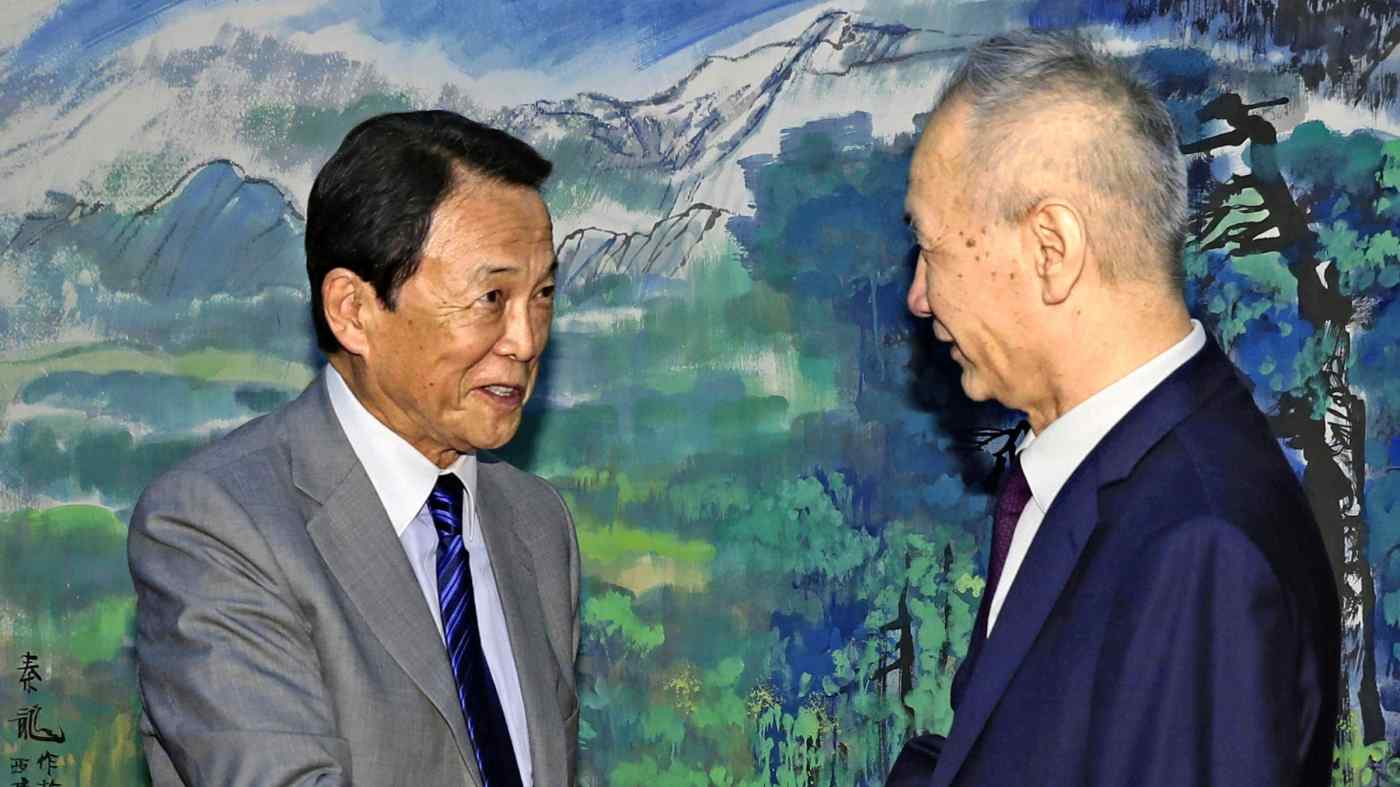 BEIJING -- Japan and China should work to defend free trade as protectionism does not help any country, Japanese Finance Minister Taro Aso and Chinese Vice Premier Liu He agreed in a meeting on Thursday.

"We affirmed that protectionism benefits no country," Aso told reporters after meeting Liu, as well as China's number seven, First Vice Premier Han Zheng in Beijing. "Japan will fight protectionism within the rules of the World Trade Organization," Aso said.