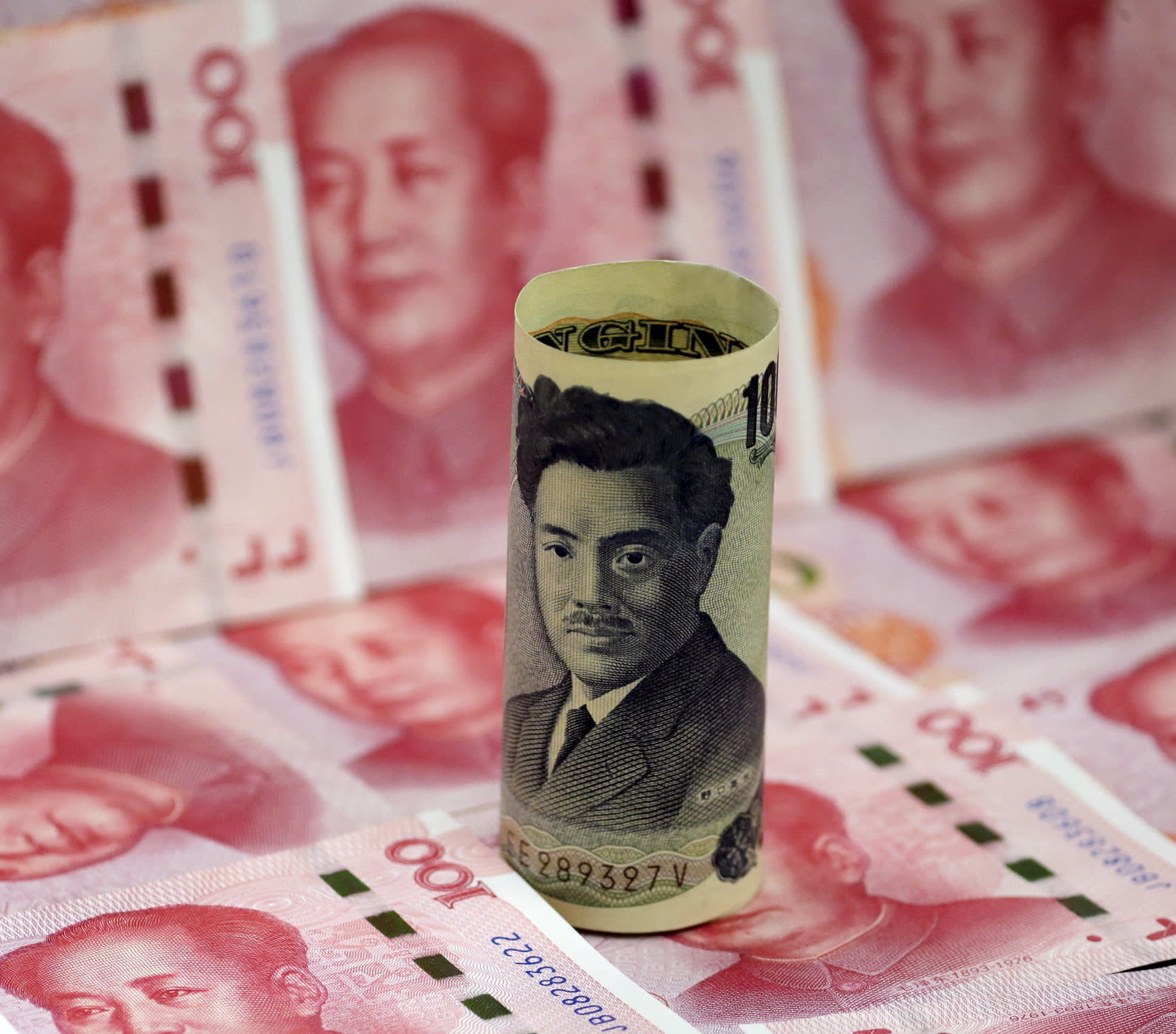 A currency swap arrangement was first put in place in 2002 but allowed to lapse in 2013 due to political friction between the two nations.   © Reuters
ISSAKU HARADA, Nikkei staff writerMay 3, 2018 02:15 JST
CopyCopied

BEIJING -- China and Japan are moving to resume bilateral currency swaps in case of a crisis as they look to strengthen cooperation in the financial sector and improve diplomatic relations.

Chinese Premier Li Keqiang and Japanese Prime Minister Shinzo Abe are expected to agree to quickly work out an arrangement when they meet in Tokyo next Wednesday. The People's Bank of China and the Bank of Japan will begin negotiating the details after the meeting.

Asia's two largest economies launched their bilateral currency swap line in 2002, but the agreement was not renewed in 2013 as relations deteriorated over the Senkaku Islands in the East China Sea, which Japan administers but China claims and calls the Diaoyu.

Reopening the bilateral currency swap line would allow Japanese companies, for example, to procure yuan from the BOJ during a financial crisis when it may be difficult to do so otherwise. This will encourage Japanese institutional investors to purchase yuan-denominated securities by reducing liquidity concerns about the Chinese currency.

Li and Abe are also expected to agree to other measures, such as establishing a framework for Japanese financial institutions to invest in yuan-denominated Chinese stocks and bonds and improving the convenience of yuan settlements on the Tokyo market.

The meeting between Li and Abe will be held alongside the three-way summit with South Korean President Moon Jae-in on the same day.