Pact to give commodities exports better access to world's No. 2 economy 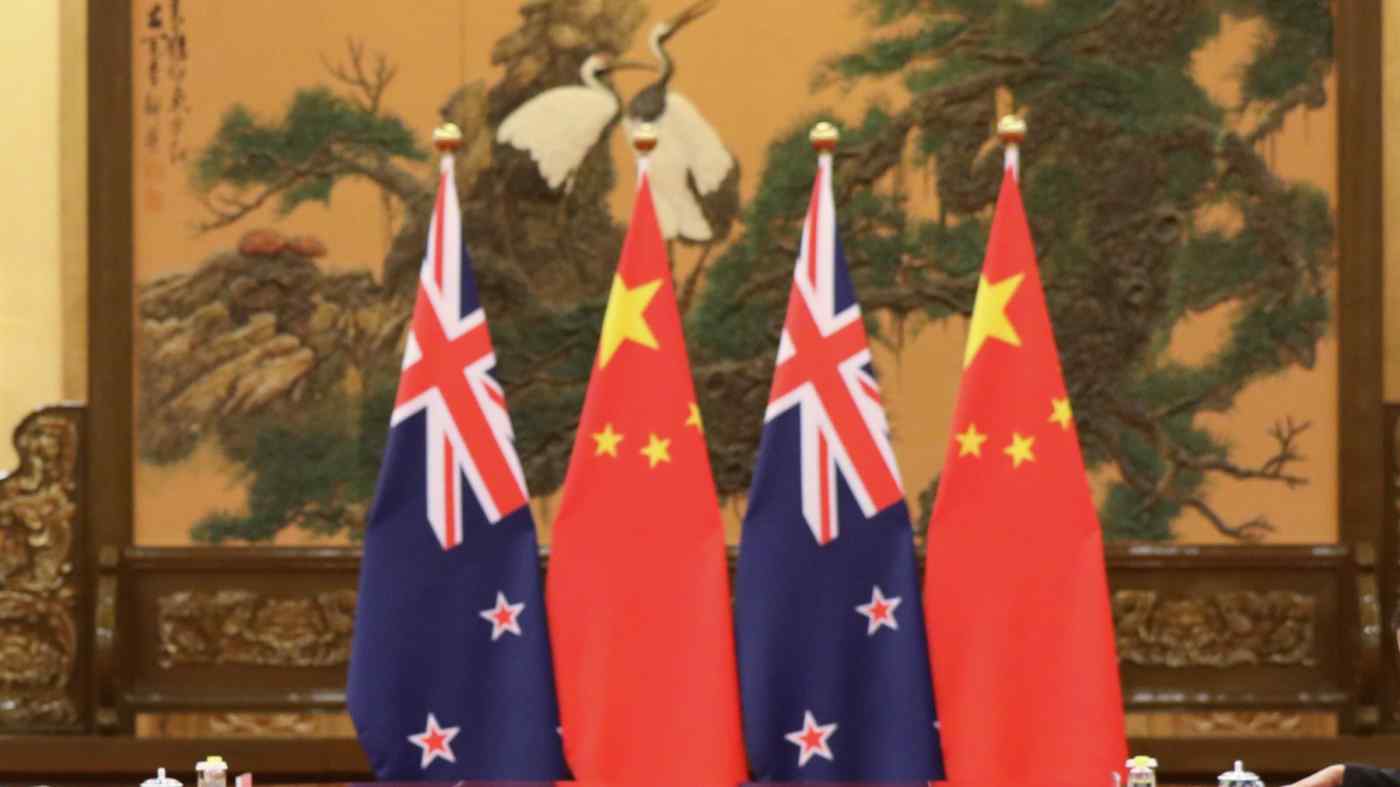 WELLINGTON (Reuters) -- China and New Zealand signed a deal on Tuesday upgrading a free trade pact to give exports from the Pacific nation greater access to the world's second-largest economy.

The pact comes as Beijing seeks to establish itself as a strong advocate of multilateralism after a bruising trade war with the United States, at a time when the coronavirus has forced the closure of many international borders.

"China remains one of our most important trade partners...For this to take place during the global economic crisis bought about by COVID-19 makes it particularly important," she told a news conference.

The pact widens an existing trade deal with China to ensure it remains fit for purpose for another decade, Trade Minister Damien O’Connor said in a statement.

It provides for tariffs to be either removed or cut on many of New Zealand's mostly commodities-based exports, ranging from dairy to timber and seafood, while compliance costs will also be reduced.

For a factbox on key deal points, please click on the square brackets:

"The upgrade shows the two sides' firm determination to support multilateralism and free trade," Zhao Lijian, a spokesman of China's foreign ministry, told a news briefing in Beijing on Tuesday.

The previous day, speaking at a virtual meeting of the World Economic Forum, President Xi Jinping had criticised isolationism and "Cold War" thinking and called for barriers to trade, investment and technological exchange to be removed.

In recent months, Beijing has signed an investment pact with the European Union and joined the world's largest free trade bloc in the 15-country Regional Comprehensive Economic Partnership (RCEP), which includes New Zealand.

China has also expressed interest in joining the Comprehensive and Progressive Trans-Pacific Partnership (CPTPP) Agreement, the successor to a pact from which Washington withdrew.

New Zealand was the first developed nation to sign a free trade pact with China in 2008, and has long been touted by Beijing as an exemplar of Western engagement.

But ties have been tested under Ardern's government as New Zealand criticised China’s influence on small Pacific islands and raised human rights concerns about Muslim Uighurs.

Ardern also backed Taiwan’s participation at the World Health Organization (WHO) despite a warning from Beijing.

The wider trade pact also comes as Beijing's ties with neighbouring Australia worsened after Canberra called for an independent investigation into the origins of the coronavirus pandemic, which was first reported in central China.

Australia has appealed to the World Trade Organization to review China's decision to impose hefty tariffs on imports of its barley.

New Zealand, which will host the regional Asia Pacific Economic Cooperation summit this year, has said it would be willing to help negotiate a truce between China and Australia.