China and US play the Great Game in South Asia 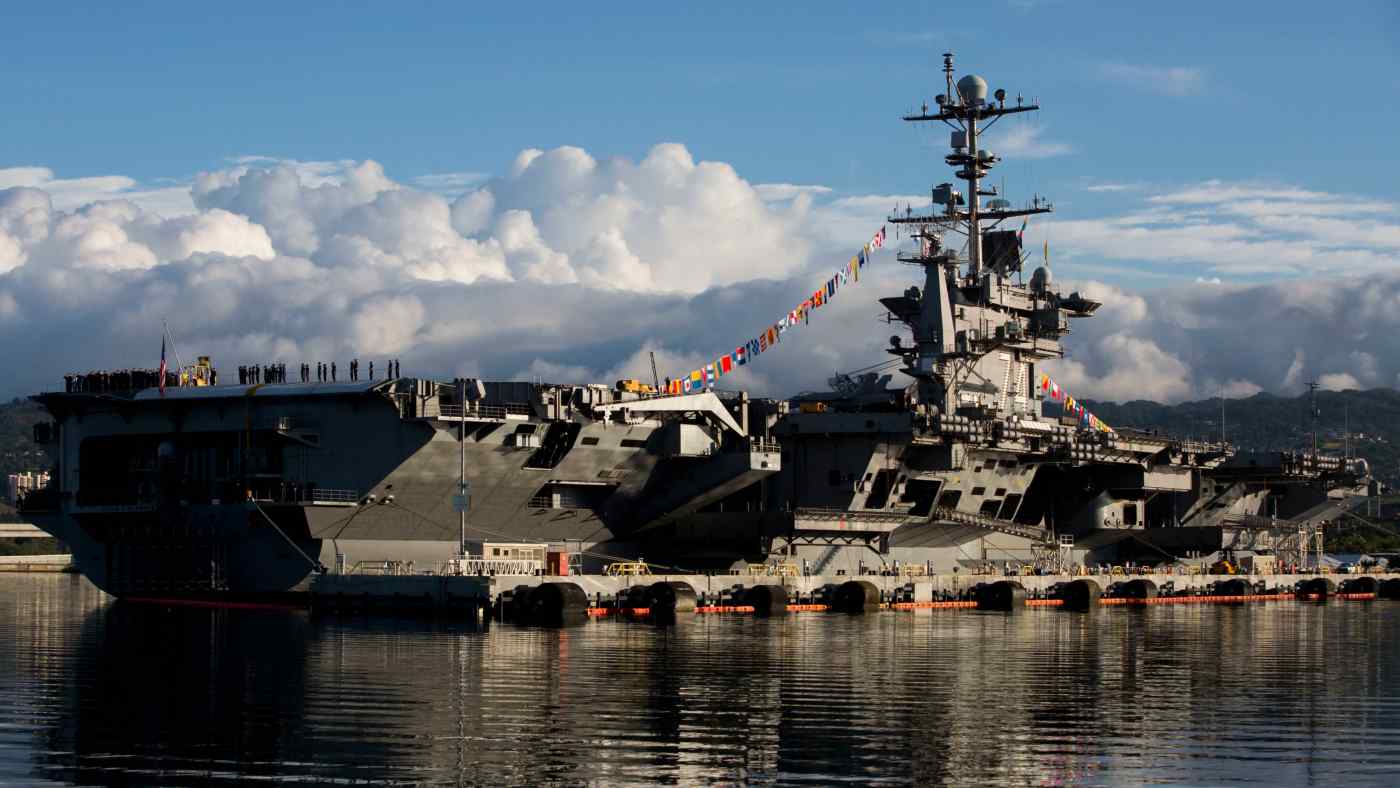 COLOMBO -- In the Great Game being played across the Indian Ocean, the U.S. Navy has its eye on Sri Lanka's northeastern port of Trincomalee to serve as a logistics hub for South Asian waters churned by India, Japan and China.

Western diplomats in Colombo, the Sri Lankan capital, noted an upping of the stakes when a Nimitz-class aircraft carrier from the U.S. 7th Fleet turned early this month to Trincomalee, the world's second deepest natural harbor with great strategic value for a logistics operation. This naval operation involving the USS John C. Stennis followed a Trincomalee port call in August by another 7th Fleet vessel and a unit of marines to assess logistical support for visiting U.S. ships.

The carrier received supplies from an aircraft that had flown to it from the logistics hub.

"Trinco is a logical choice because it is the most important piece of strategic real estate in Sri Lanka," a diplomat told the Nikkei Asian Review. "These are signs of new thinking in Washington regarding this part of South Asia, where over the past six years the Chinese presence has become so obvious and widespread."

Veteran Sri Lankan foreign policy observers link the U.S. Navy's new interest in India's backyard to China's growing economic interests around the Indian Ocean. "The U.S. is quite belatedly trying to understand the importance of the Indian Ocean, and this change is because of China," Bernard Goonetilleke, chairman of the Pathfinder Foundation, a Sri Lankan international affairs think tank, told Nikkei.

The Sri Lankan government is still seeking clarity on the proposed hub relationship. Its purpose would be to secure "mission-critical supplies and services to U.S. Navy ships transiting through and operating in the Indian Ocean," according to a statement from the 7th Fleet about the call at Trincomalee, where "no enduring U.S. Navy logistics footprint exists."

Washington's interest in Sri Lanka comes after a 10-year bilateral naval agreement ended. Under the Acquisition and Cross-Servicing Agreement, Sri Lanka opened its ports to U.S. naval vessels for refuelling and other resupplying from March 2007 onwards. At that time, Colombo was looking for international allies, including the U.S., as its forces battled Tamil Tiger separatists in a bitter ethnic conflict that finally ended in May 2009. 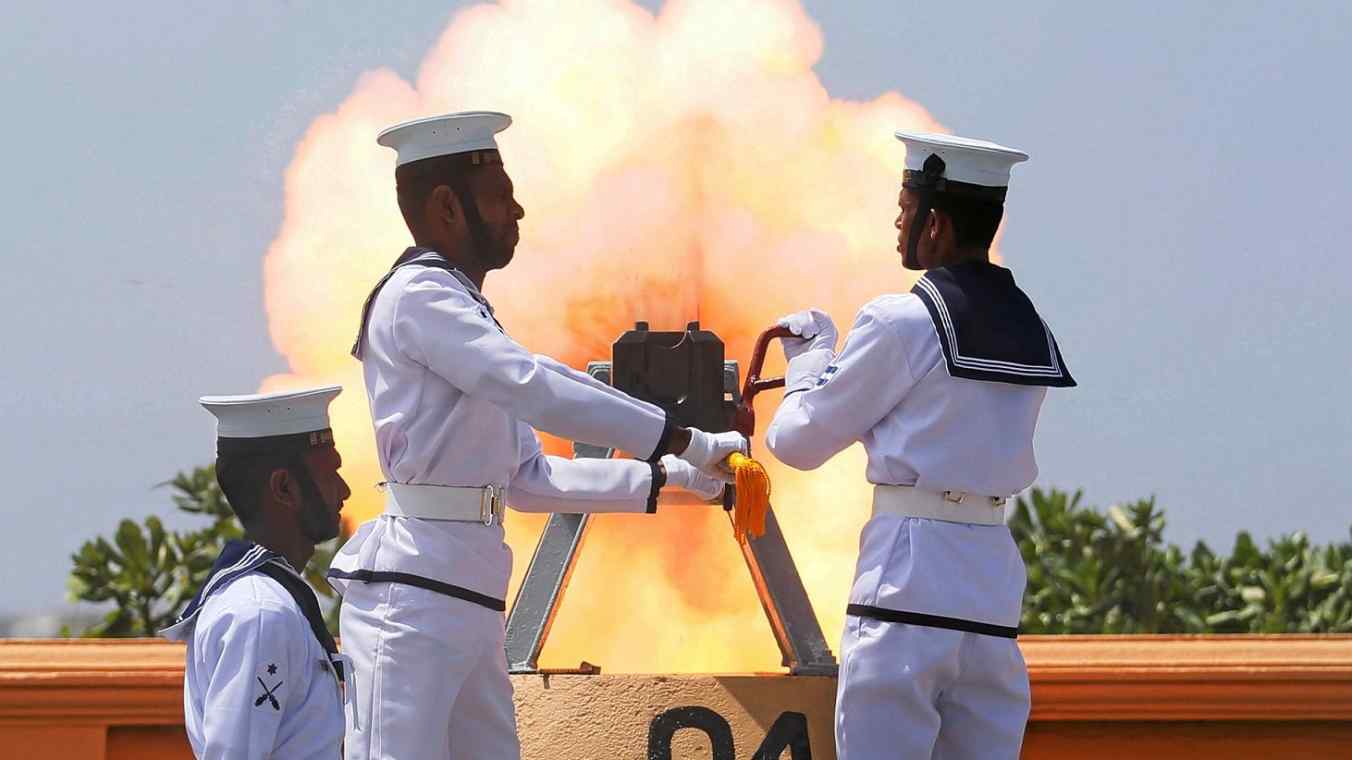 Sri Lanka to shift naval base to China-controlled port city

Security analysts say the latest turn in naval relations complement Washington's efforts to court Colombo through military exercises. In August this year, the Sri Lankan navy made its debut at the Rim of the Pacific Exercise, which is the world's largest international maritime warfare exercise and led by the U.S. Navy's Pacific Fleet. In 2017, Sri Lanka hosted the annual Cooperation Afloat Readiness and Training exercise with U.S. Pacific Fleet at Trincomalee for the first time.

Nilanthi Samaranayake, a South Asian affairs analyst at the Center for Naval Analyses, a Washington D.C.-based think tank, describes Sri Lanka's location in the Indian Ocean as a "natural stopping point" for passing ships. "The U.S. logistics hub concept makes sense in Sri Lanka due to geography," she told Nikkei.

The U.S. interest in Trincomalee is indicative of the strategic importance of all Sri Lanka's deep sea ports. The South Asian island nation's three main harbors -- Trincomalee, Colombo, and Hambantota -- have seen more naval visits since the nearly 30-year civil war ended. An average of 20 warships visited each year until 2008, and in 2017 that figure was 65.

There have been 450 naval vessels from 28 different countries since 2008. "That was more than one war ship a week by 2017," Admiral Jayanath Colombage, a former Sri Lankan navy commander, told Nikkei. "This is a huge increase as the Indian Ocean gets more militarized."

Indian vessels top the list with 90 visits, followed by 65 by the Japanese Maritime Self Defense Force, and 30 from China, according to Colombage. In addition, Sri Lanka's naval assets have been expanded with assistance from India, Japan, and the U.S., which have delivered patrol boats and coastguard cutters. China has promised a frigate.

"Everyone wants to be here and not to be left out," said Colombage. "It is the pretty girl syndrome."

Consequently, Trincomalee is poised to become a rallying point for the U.S. and its key Asian allies -- Japan and India -- to mount a "balancing strategy" in response to China's growing presence in Sri Lanka. Japan has already singled out the northeastern port as one of three in the Indian Ocean to be developed as part of Prime Minister Shinzo Abe's "free and open Indo-Pacific strategy." The other two are Myanmar's Dawei and Bangladesh's Matarbari.

Japan underscored its stake in the sub-regional power game with the visit in August of Defense Minister Itsunori Onodera -- the first Japanese defense minister to visit Sri Lanka. Besides Trincomalee, Onodera also visited Hambantota in the south, a $1.5 billion harbor built by China that is now in the hands of a Chinese company as part of a debt-for-equity swap with the heavily indebted Sri Lankan government.

China's deepening economic engagement in Sri Lanka has unnerved India, which has lost the monopoly of political influence it once enjoyed over the island nation. Western diplomatic sources regard the growing interest of Japan and the U.S. in Sri Lanka as being intended to compensate for India's inability to contain China in its own backyard.

Trincomalee's current appeal is expected to breathe new life into the port so prized by the Allies during World War -- it became home to Britain's Eastern Fleet after Singapore fell to Japan in early 1942. Diplomats expect today's Trincomalee to emerge as a counterweight to China-controlled Hambantota, which sits on the edge of one of the world's busiest shipping lanes. "It will be about balance not containment of China," said one.

An earlier version of this story incorrectly stated that "The USS John C. Stennis dropped anchor at Trincomalee."