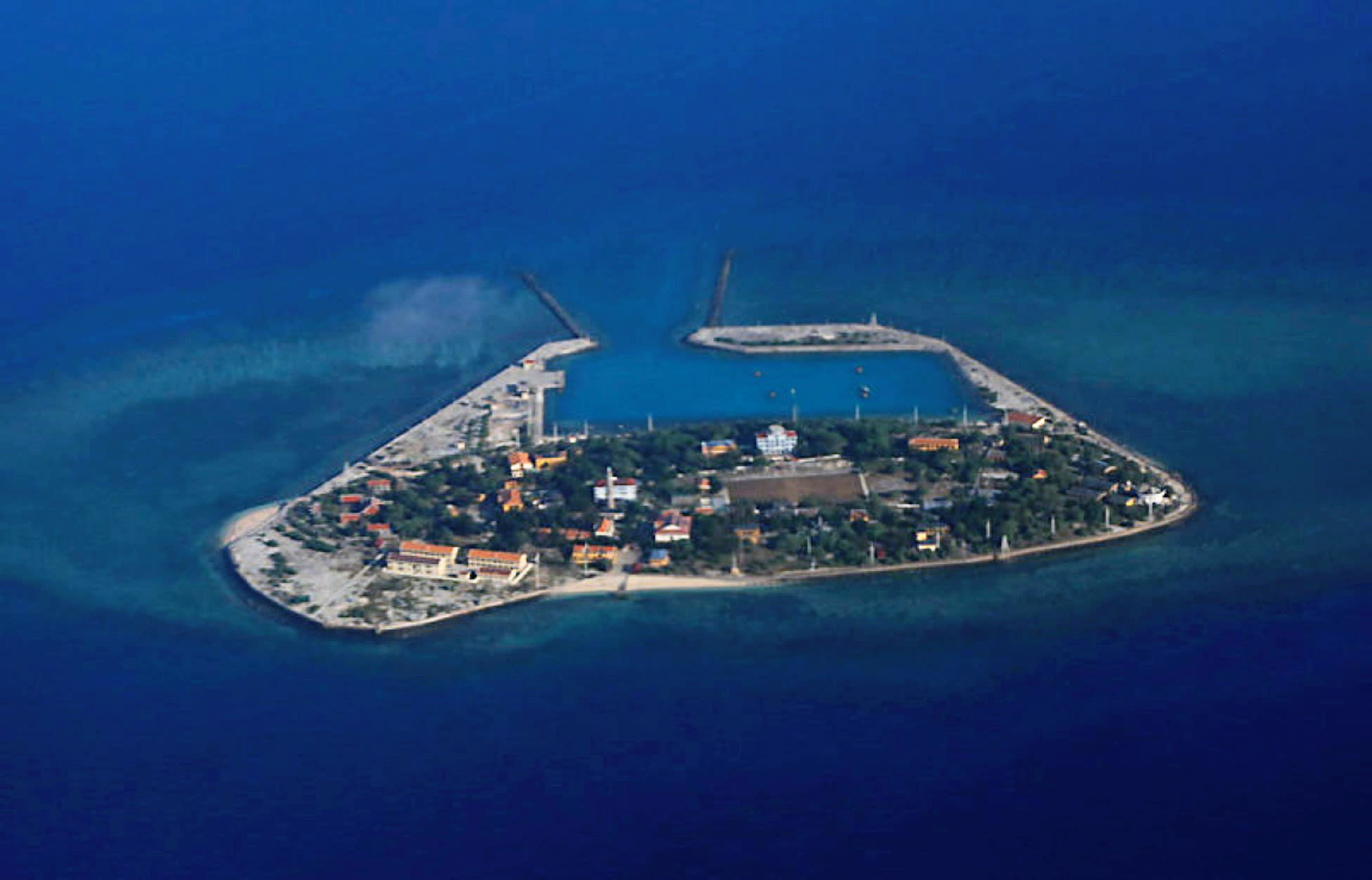 Southwest Cay, also known as Pugad Island, is seen in this aerial photo. The Vietnamese-controlled island is in the Spratly Islands chain in the disputed South China Sea.   © Reuters
November 18, 2019 14:21 JST | China
CopyCopied

BANGKOK (Reuters) -- China on Monday called on the U.S. military to stop flexing its muscles in the South China Sea and to avoid adding "new uncertainties" over Taiwan, during high-level talks that underscored tension between the world's two largest economies.

It also came a day after Esper publicly accused Beijing of "increasingly resorting to coercion and intimidation to advance its strategic objectives" in the region.

China claims almost all the energy-rich waters of the South China Sea, where it has established military outposts on artificial islands. However, Brunei, Malaysia, the Philippines, Taiwan and Vietnam also have claims to parts of the sea.

The United States accuses China of militarising the South China Sea and trying to intimidate Asian neighbours who might want to exploit trillion of dollars worth of oil and gas reserves.

The U.S. Navy regularly vexes China by conducting what it calls "freedom of navigation" operations by ships close to islands China occupies in the South China Sea.

Despite warm words exchanged in front of reporters, Wei and Esper also discussed the thorny issue of Taiwan, which is claimed by China as a wayward province and is the Communist Party's most sensitive and important territorial issue.

Fenghe underscored to Esper China's position that it would "not tolerate any Taiwan independence incident," Wu said, adding that it opposed any official or military contact with Taiwan.

China has in the past threatened to attack if Taiwan, set to hold a presidential election next year, moves towards independence.

"The Chinese side also requires the U.S. side to carefully handle the Taiwan related-issue and to not add new uncertainties to the Strait," Wu said.

The exchange came a day after news that China sailed a carrier group into the sensitive Taiwan Strait, led by its first domestically built aircraft carrier.