Trust and communication focus of Beijing talks amid trade tensions BEIJING/WASHINGTON -- President Xi Jinping told visiting U.S. Defense Secretary James Mattis that China will not concede "any inch of territory" in a meeting on Wednesday, while stressing that areas of cooperation far outweigh differences.

The visit came amid rising trade tensions between the world's two largest economies. At the meeting held at the Great Hall of the People in Beijing, Xi said that "China will neither pursue the path of expansionism and colonialism, nor cause chaos to the world."

Yet, when it came to sovereignty and territorial issues, the Chinese leader said, "Any inch of territory passed down from ancestors can not be lost while we want nothing from others," according to China's Xinhua News Agency.

Xi's comments echo a statement he made at the high-level Central Conference on Work Relating to Foreign Affairs held last Friday and Saturday for the first time since 2014. There, Xi insisted that China would draw a red line around its "core national interests" and defend its sovereignty, security and development.

China considers areas such as the South China Sea, Taiwan and Tibet as its core interests. But in both Wednesday's meeting with Mattis and in last week's conference, Xi also emphasized the need to manage relations with the U.S., signaling a compromise can be reached as long as the U.S. respects its boundaries on what China sees as core issues.

Mattis, in comments in front of reporters, told Xi the talks had been "very, very" good.

Mattis told Xi that the U.S. is willing to strengthen strategic communication,  increase mutual trust, and "promote military ties to be a stabilizer of bilateral relations," according to Xinhua. 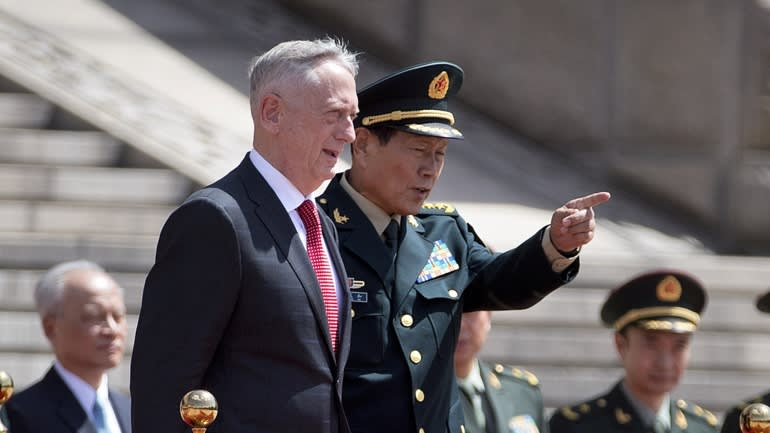 Prior to meeting Xi, Mattis met with his Chinese counterpart, Wei Fenghe. "The military-to-military relationship is critical to the broader relationship between our two countries," Mattis said. Mattis arrived in Beijing on Tuesday, intending to stay through Thursday before heading to South Korea and Japan.

The defense secretary invited Wei to visit Washington, and he also expressed hope of bolstering ways to share opinions with China so as to manage risk better.

Wei, who serves both as defense minister and state councilor, responded that China and the U.S. could develop together only if they avoided confrontation and behaved with mutual respect and cooperation. He also laid out Beijing's position on issues that have sparked friction with Washington, namely those regarding the South China Sea, North Korea and Taiwan.

China's continued buildup of military bases in the South China Sea despite repeated international complaints likely led to Beijing's exclusion from this summer's U.S.-led Rim of the Pacific military drills. The U.S. this year accelerated the pace of its "freedom of navigation" operations -- in which it sails warships through the South China Sea -- to about once every two months. Mattis may have warned Wednesday that stricter measures were on the table. 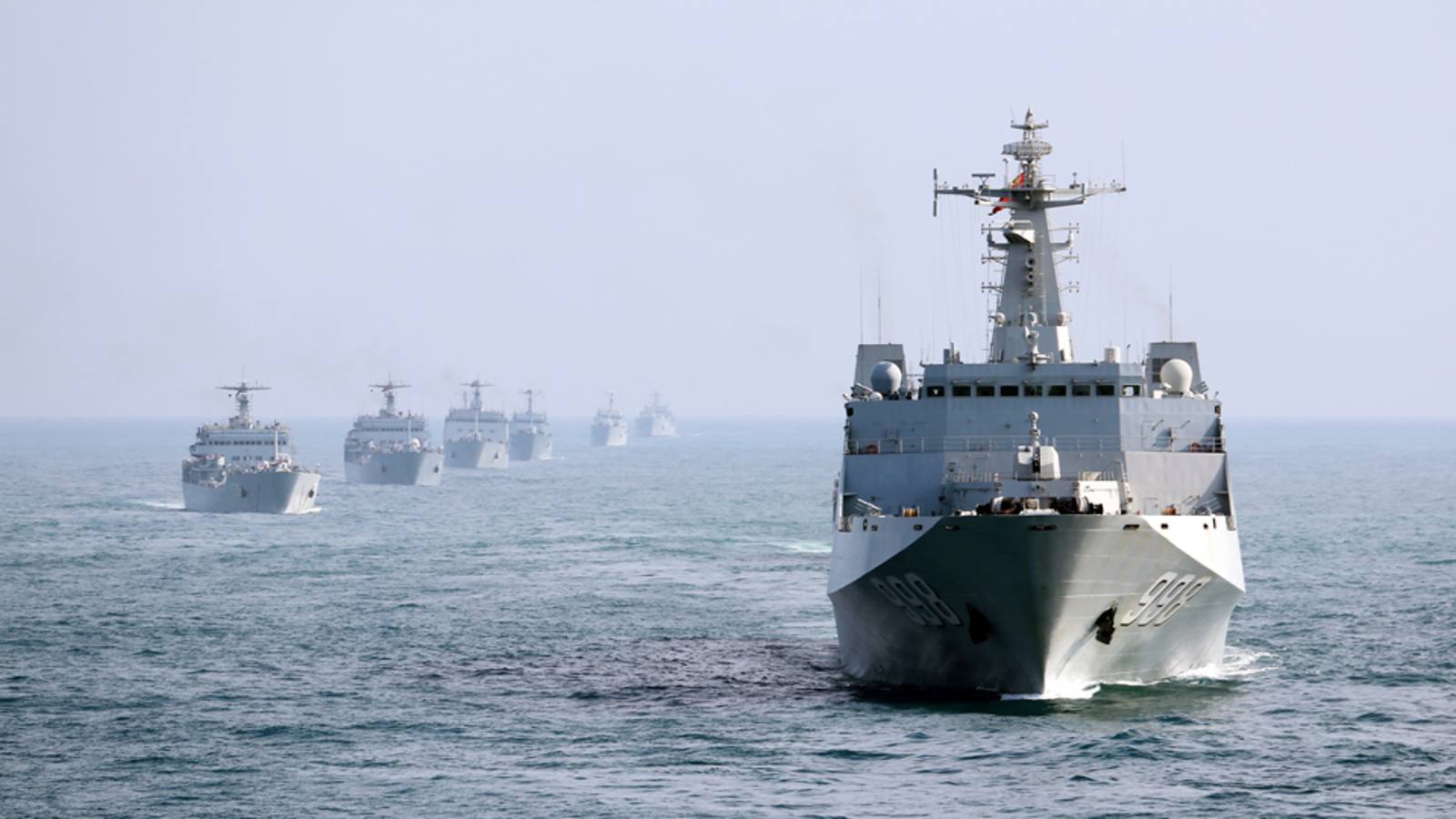 At the international Shangri-La Dialogue in Singapore in early June, Mattis said the U.S. would continue selling arms to Taiwan, prompting Beijing to increase activity by its naval ships and aircraft in waters around the island. The two defense chiefs may have discussed that matter as well.

Mattis appears to have conveyed Washington's intent to keep pressure on North Korea until the rogue nation gives up its nuclear arms -- even while the U.S. puts military drills with South Korea on hold. The secretary likely sought China's cooperation in continuing to follow sanctions on Pyongyang.

Mattis said at the Shangri-La talks that the U.S. will stick to its "One China" policy, which regards mainland China and Taiwan as part of one country. China, for its part, has not openly begun building a military installation at Scarborough Shoal, a key South China Sea strategic point, possibly because former U.S. President Barack Obama warned that doing so would trigger a response.

Also on Wednesday, officials from Association of Southeast Asian Nations members gathered in Changsha, Hunan Province, to discuss the South China Sea issue. The forum, timed with the visit by Mattis, likely represents an effort by China to show off its dialogue-based approach to the matter.