China downgrades its diplomatic ties with Lithuania over Taiwan issue 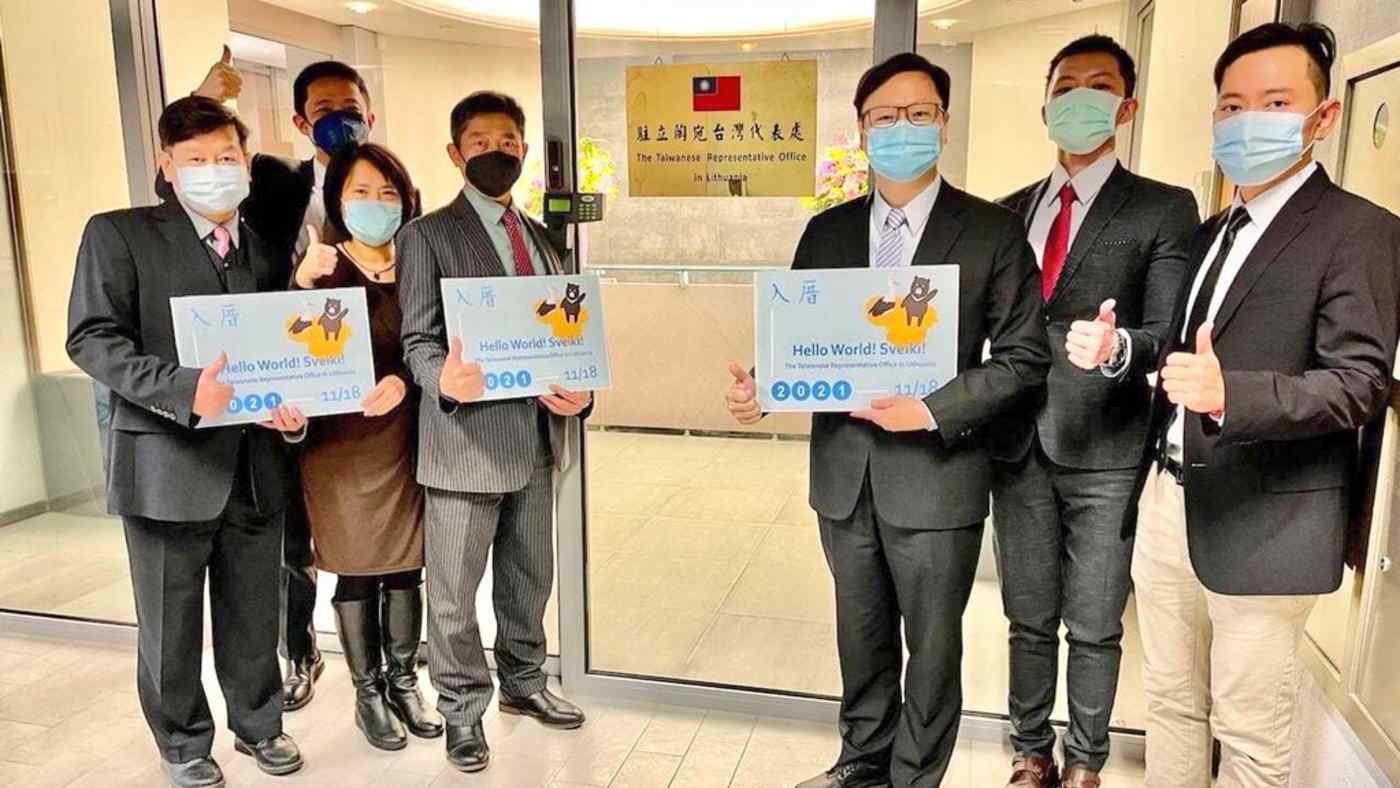 BEIJING/VILNIUS (Reuters) -- China downgraded its diplomatic ties with Lithuania on Sunday, expressing strong dissatisfaction with the Baltic State after Taiwan opened a de facto embassy there, escalating a row that has sucked in Washington.

China views self-ruled and democratically governed Taiwan as its territory with no right to the trappings of a state and has stepped up pressure on countries to downgrade or sever their relations with the island, even non-official ones.

Lithuania expressed regret over China's move but defended its right to expand cooperation with Taiwan, while respecting Beijing's "One China" policy, and said its foreign minister would go to Washington to discuss trade and investment projects.

Taiwan, meanwhile, reported that two Chinese nuclear-capable H-6 bombers had flown to the south of the island on Sunday, part of a pattern of what Taipei views as military harassment designed to pressure the government.

Beijing had already expressed its anger this summer with Lithuania - which has formal relations with China and not Taiwan - after it allowed the island to open an office in the country using the name Taiwan. China recalled its ambassador in August.

Other Taiwan offices in Europe and the United States use the name of the city Taipei, avoiding reference to the island itself. However, the Taiwanese Representative Office in Lithuania finally opened on Thursday.

China's Foreign Ministry said in a brusque statement that Lithuania had ignored China's "solemn stance" and the basic norms of international relations.

Beijing said relations would be downgraded to the level of charge d'affaires, a rung below ambassador.

"We urge the Lithuanian side to correct its mistakes immediately and not to underestimate the Chinese people's firm determination and staunch resolve to defend national sovereignty and territorial integrity," China's foreign ministry said.

No matter what Taiwan does, it cannot change the fact that it is part of China, it said.

Lithuania's Prime Minsiter Ingrida Simonyte said on Sunday that the opening of the representative office, which does not have a formal diplomatic status, should not have come as a surprise to anyone.

"Our government's programme says Lithuania wants a more intense economic, cultural and scientific replationship with Taiwan," she said. "I want to emphasise that this step does not mean any conflict or disagreement with the 'One China' policy."

The prime minister of Lithuania's larger EU neighbour Poland said on Sunday that it supported the stance taken by Vilnius.

Taiwan's Mainland Affairs Council denounced China's "rudeness and arrogance", saying Beijing had no right to comment on something that was not an internal Chinese affair and purely a matter between Taiwan and Lithuania.

Taiwan has been heartened by growing international support in the face of China's military and diplomatic pressure, especially from the United States and some of its allies.

Washington rejects attempts by other countries to interfere in Lithuania's relationship with Taiwan, U.S. Under Secretary of State Uzra Zeya told a news conference in Vilnius on Friday.

Lithuania Foreign Minister Gabrielius Landsbergis will go to Washington on Tuesday where he expects to discuss the opening of the U.S. market to Lithuanian goods and developing common investment projects, the ministry said in a statement on Sunday.

Landsbergis will meet U.S. Under Secretary of State for Economic Growth, Energy, and the Environment Jose W. Fernandez "to discuss possibilities to expand and deepen mutually beneficial economic ties", it said.

Washington has offered Vilnius support to withstand Chinese pressure and Lithuania will sign a $600 million export credit agreement with the U.S. Export-Import Bank on Wednesday.

Only 15 countries have formal diplomatic ties with Taiwan.

Taipei could lose another ally to Beijing after the Honduran presidential election later this month, where a candidate backed by main opposition parties is leading in opinion polls.

If elected, Xiomara Castro has vowed to establish official relations with China.