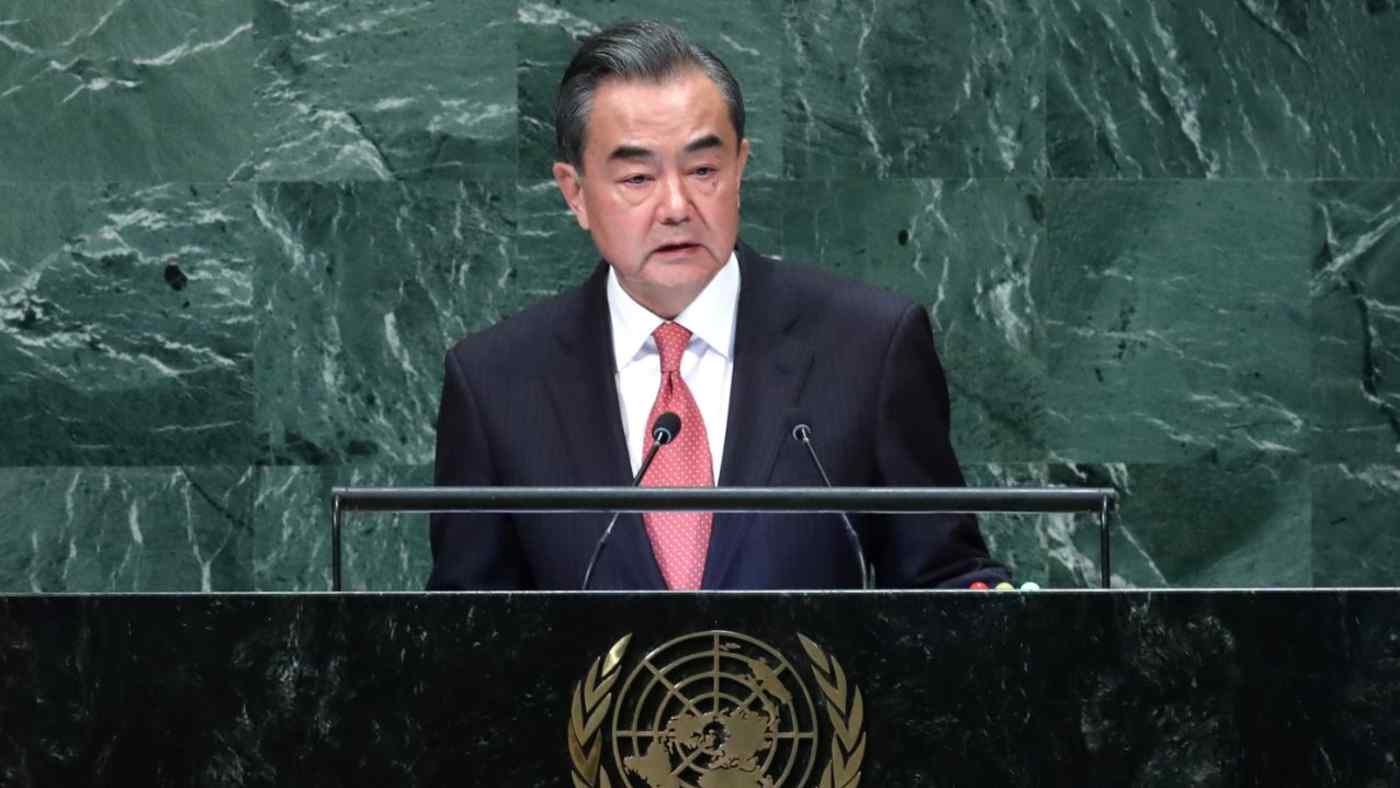 UNITED NATIONS -- China took the floor of the U.N. General Assembly in New York on Friday to present itself as a staunch advocate of a multilateral rules-based world order, distancing itself from the patriotism-over-globalism ideology touted by U.S. President Donald Trump in a speech delivered from the same stage earlier this week.

In his address to the assembly, Chinese Foreign Minister Wang Yi said that multilateral mechanisms were "under attack" and asserted China's long-standing determination to uphold the international order and "remain a champion of multilateralism."