From North Korea to Iran, the SCO's unity contrasts with Western rancor 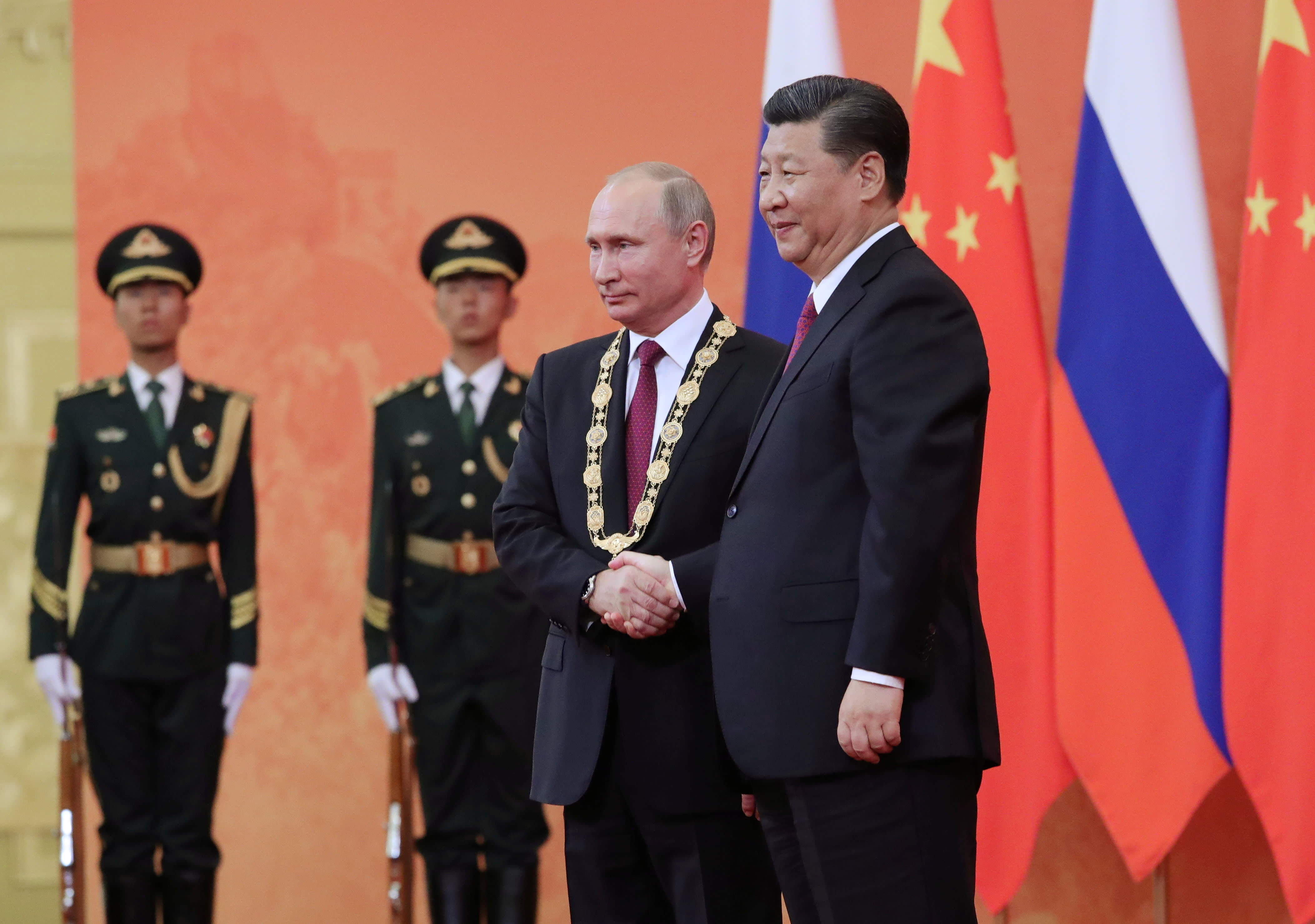 QINGDAO, China -- As the two-day meeting of the Shanghai Cooperation Organization kicked off in the northeastern Chinese city of Qingdao on Saturday, the host was working hard to present a picture of unity among its member-states and four observers.

In marked contrast to the contentious Group of Seven meeting taking place in Canada, where U.S. President Donald Trump is sparring with his counterparts over trade and the Iran Nuclear deal, China and Russia, the two main leaders in the SCO, have staked out common positions on important international issues.

Chinese President Xi Jinping met with his Russian counterpart, Vladimir Putin, on Friday in Beijing ahead of the summit to reaffirm their solidarity over North Korea. The two countries back Pyongyang's two main goals -- its survival and a gradual approach to giving up its nuclear weapons -- and emphasized their role as the North's guarantors.

China and Russia are eager to maintain their influence over the Korean Peninsula as next Tuesday's summit in Singapore between Trump and North Korean leader Kim Jong Un approaches.

Xi presided over a dinner on Saturday evening with other leaders, including Indian Prime Minister Narendra Modi and Iranian President Hassan Rouhani, whose country is an SCO observer.

"The SCO has become an important force for upholding regional security, promoting common development and improving global governance," Xi said at the dinner, adding, "Tomorrow, we will hold the first summit of the SCO after its expansion and draw up a blueprint for its future growth."

Formal discussions will take place Sunday. The leaders are scheduled to adopt a joint declaration at the closing of the summit later that day.

The eight-member SCO was established in 2001 to foster cooperation on counterterrorism and border security. The scope of their discussions has gradually expanded to include the denuclearization of North Korea and the Iran nuclear agreement, according to a diplomat from a member country.

The SCO supports the deal between Iran and the five permanent members of the U.N. Security Council -- the U.S., the U.K., France, China and Russia -- plus Germany, under which Iran agreed to curtail its nuclear program in exchange for the lifting of economic sanctions. The deal has been thrown into doubt following the U.S. decision in May to withdraw.

China scheduled the SCO summit to coincide with the G-7 meeting in an apparent attempt to establish its own sphere of influence as a counterweight to the grouping of big industrialized countries. The divisions between Washington and its partners over trade and the Iran deal are an opportunity for Beijing to showcase its statesmanship.

Last year, the SCO added its first new full members, India and Pakistan. SCO countries have a combined population of more than 3 billion. Their total gross domestic product, at $16 trillion, accounts for 20% of the world's economic output.