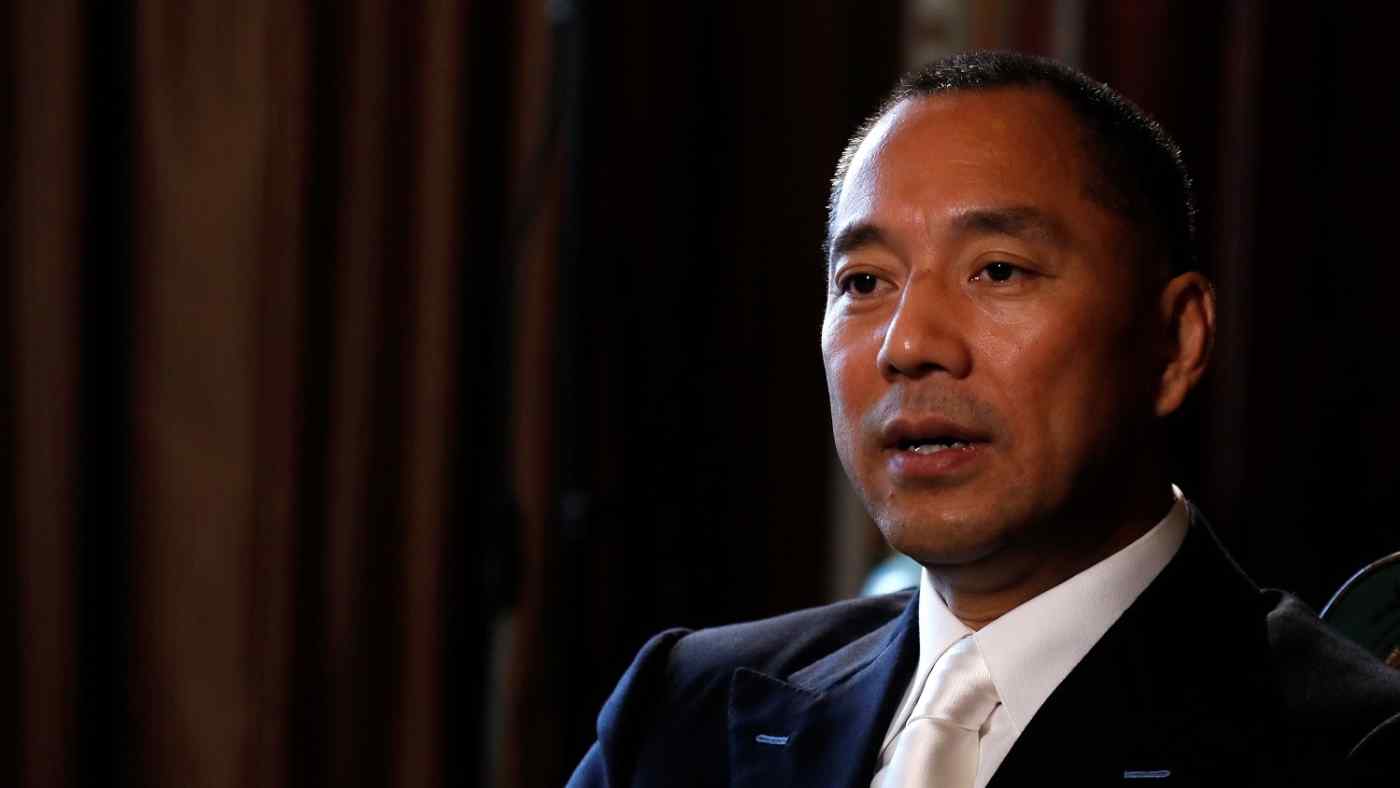 CHONGQING -- Police here look to work with their American counterparts on an investigation into potentially forged official documents connected to wealthy businessman Guo Wengui, a vocal critic of the Chinese government now accused of donating money to U.S. political campaigns.

Beijing is ratcheting up pressure for Washington to extradite Guo, who seeks asylum in the U.S. and continues to lob allegations of corruption at figures including Vice President Wang Qishan, President Xi Jinping's right-hand man and, until last year, his anti-corruption czar.

Amid rising Sino-American trade tensions, U.S. President Donald Trump might try to use Guo, who lives in a New York City penthouse, as bargaining chip with China. A major donor to the U.S. Republican Party sought to have Guo returned to China by way of the United Arab Emirates, The New York Times reported last week.

Chongqing police said Monday they had arrested two Guangdong Province residents, alleging they were paid by Guo to falsify more than 30 official documents. The police said they will cooperate with U.S. authorities looking into this case and allegations that the tycoon made illegal campaign donations to American politicians. U.S. law bans donations to federal or state campaigns by people who are not American citizens.

Some of the documents purport to show orders by China's government to secretly dispatch agents to the U.S. Guo claimed in a news conference last year that the papers were verified as genuine, including by the U.S. Federal Bureau of Investigation.

Chongqing authorities also said they were continuing to investigate Guo's accusations that top Communist Party officials were illegally enriching themselves.

In 2015, Chinese media group Caixin published an investigation into Guo himself that painted a checkered picture of his politically connected businesses. Guo, whose investments include real estate development, fled overseas after reportedly being asked by Chinese officials to help find people amassing wealth illegally.

An avid user of social media, the businessman has declared that he intends to continue challenging China's ruling class.

Wang helped cement Xi's authority. Some expected him to remain part of China's elite Politburo Standing Committee after the Communist Party congress last autumn, despite his having reached retirement age. Guo's accusations were seen as a possible reason for Wang's stepping down, which in any event proved short-lived. He was appointed as vice president last month, showing Xi's faith in him remained unshaken.