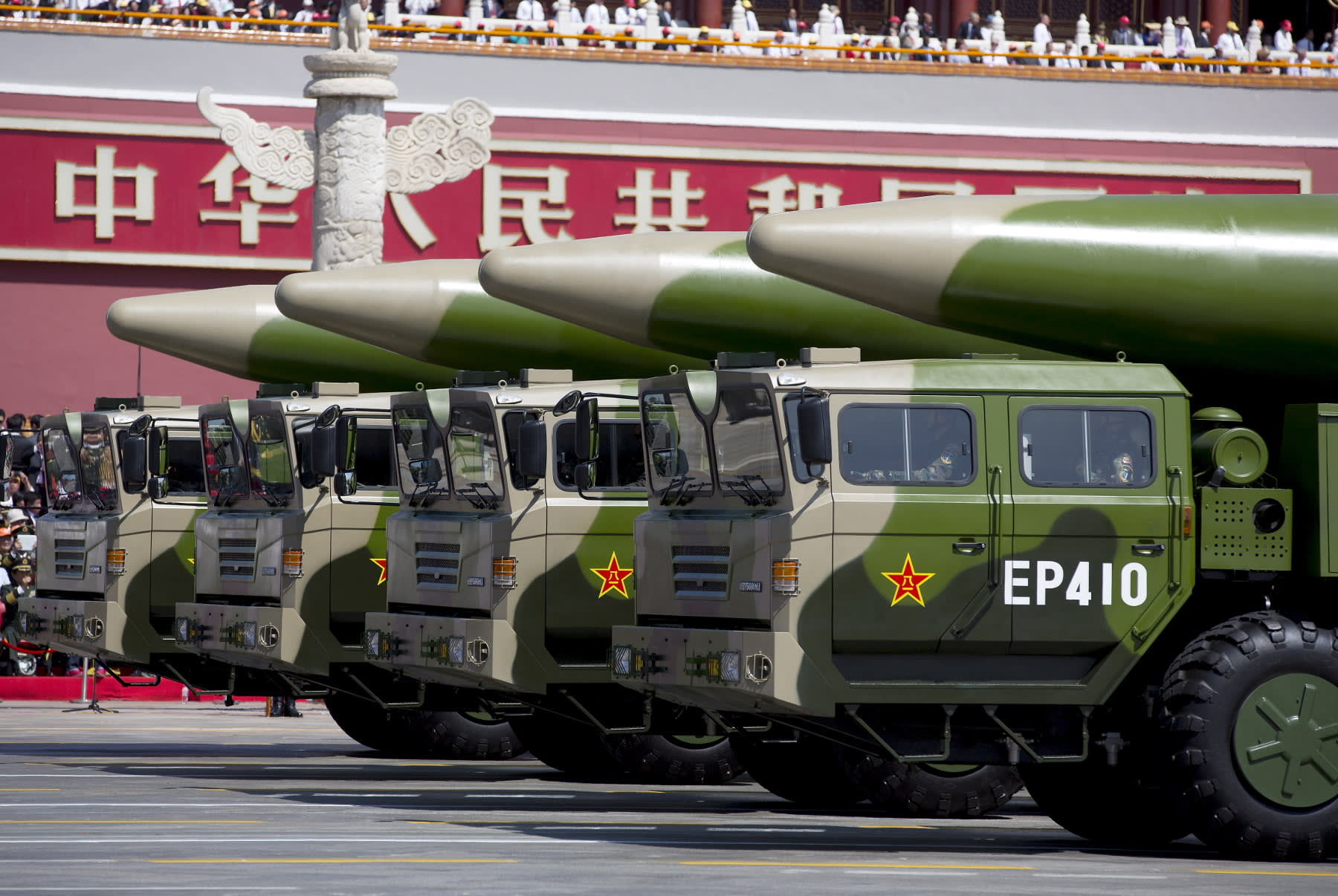 A nuclear version of the DF-26 ballistic missile, seen here at a parade in Tiananmen Square, would give China new capabilities in the region, the report says.   © Reuters
TSUYOSHI NAGASAWA, Nikkei staff writerJanuary 17, 2019 02:45 JST | China
CopyCopied

WASHINGTON -- China's desire to deter pro-independence movements in Taiwan and eventually achieve reunification is the "primary driver" behind Beijing's rapid military modernization in recent years, the U.S. Department of Defense said in a report published Tuesday.

"China's leaders hope that possessing these military capabilities will deter pro-independence moves by Taiwan or, should deterrence fail, will permit a range of tailored military options against Taiwan and potential third-party military intervention," according to a 125-page report, “China Military Power -- Modernizing a Force to Fight and Win,” released by the Defense Intelligence Agency.

Wary of outside intervention in the situation, China's People's Liberation Army is also developing a "range of systems to deter and deny foreign regional force projection," the report says.

One of the examples cited was the nuclear version of the DF-26 intermediate-range ballistic missile, which once deployed could give China its first nuclear precision-strike capability.

Chinese President Xi Jinping has expressed concern that the U.S. would intervene in the Taiwan Strait. In a speech at the beginning of the year, he said China makes "no promise to renounce the use of force and reserves the option of taking all necessary means" against outside forces, even while stressing that "Chinese don't fight Chinese."

Beijing spent over $200 billion in 2018 on military-related expenses, a threefold jump from 2002, according to Tuesday's report. While the figure is still far below the $717 billion U.S. defense budget for the fiscal year ending September, the DIA argued that China does not need to spend as much on research and development.

"China has routinely adopted the best and most effective platforms found in foreign militaries through direct purchase, retrofits, or theft of intellectual property," the report says. "In some areas, it already leads the world," the DIA added, referring to hypersonic weapons and other technology.

The report also warned against a possible escalation in China's dispute with Japan over the Senkaku Islands, called the Diaoyu in China. Beijing could potentially justify strikes on Japanese forces in the area under its principle of "active defense," it says.

This is the first report by the DIA regarding China's military. The Defense Department submits a separate statement every year to Congress on the topic.