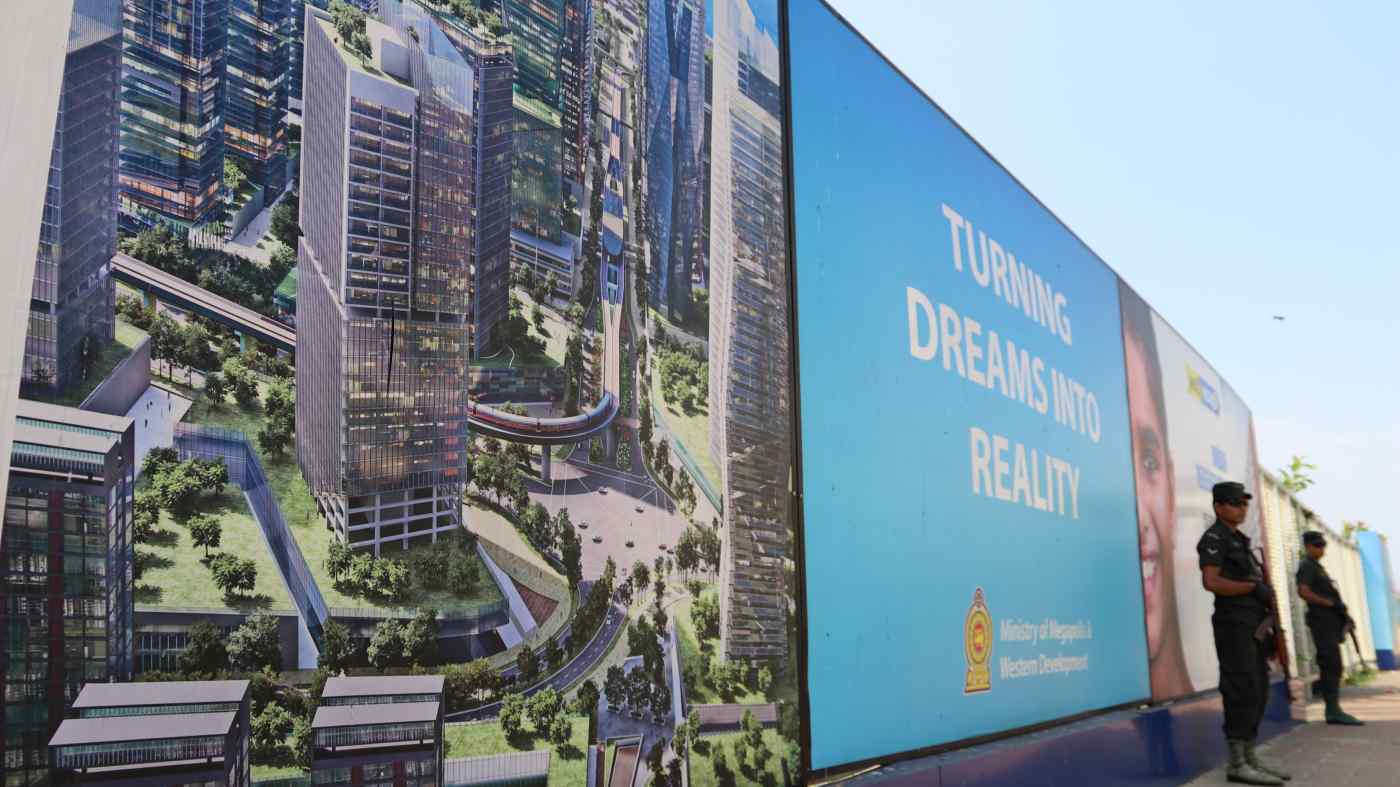 COLOMBO -- China appears to be tightening its strategic grip on Sri Lanka, wooing the debt-ridden South Asian nation with a fresh $500 million loan as Colombo wrestles with a deepening economic crisis.

In March, Sri Lanka's foreign reserves dropped to $4.05 billion, their lowest in over a decade, with tourism plummeting following the onset of COVID-19. Public coffers also took a massive hit as export earnings and foreign remittances dropped drastically due to the pandemic. The dwindling foreign reserves also caused the currency to plunge to 203 Sri Lankan rupees to the dollar, a record low.

The island's tightening financial straits, however, eased a bit last week after China Development Bank extended a loan of $500 million, the second tranche of a $1 billion bailout Colombo sought from Beijing last year as the coronavirus struck. The latest loan comes just weeks after China approved a $1.5 billion currency swap with Sri Lanka.

Negotiations for the second tranche took a year. According to Sri Lanka's Secretary to the Treasury S. R. Attygalle, the signing of a memorandum of understanding was delayed because the pandemic prevented the two countries leaders from meeting to ink the deal. Sri Lankan Finance Ministry officials, however, attributed the delay to "intense" negotiations. Although the loan agreement looks straightforward on paper, with a maturity period of 10 years and a grace period of three years, China appears to have obtained informal assurances from Colombo that it will drop any plans to renegotiate the 99-year lease of Port of Hambantota, and that it will fast-track controversial legislation thought to give sweeping powers to China to oversee Colombo Port City, a $1.4 billion "financial hub" to be built on an artificial island off the coast of Sri Lanka's largest city.

Analysts believe the agreement for the second tranche may also have been delayed by a downgrade by all three big ratings agencies of Sri Lanka's sovereign debt, and discussions over possible collateral for the loan. However, Sri Lanka's ambassador to China, Palitha Kohona, maintained there was no discussion of collateral in the talks.

Just days after President Gotabaya Rajapaksa was elected in 2019, he told an Indian journalist that the lease of the Hambantota Port for 99 years, a deal made by the previous administration under President Maithripala Sirisena, was a mistake and that he would renegotiate it. 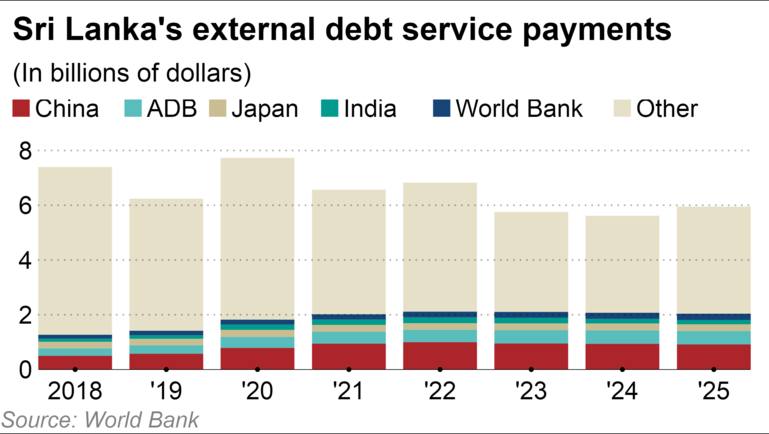 But Kohona, who last week signed the $500 million loan agreement on behalf of Colombo, told Nikkei Asia that the Hambantota Port deal is a commercial deal, however ill advised, entered into by the previous administration, adding, "Any adjustment will need to take this and other politico-economic factors into account."

"This type of bilateral assistance is not dictated by economic conditions but by geopolitical conditions," the former deputy governor of central bank, W.A. Wijewardena, told Nikkei. "Seeking support from China is not an unusual move by the country. But given the magnitude of the problem -- it must meet an external debt obligation of $8 billion within the next 12 months with a dwindled foreign reserve -- this assistance is just a drop in the sea."

Sergi Lanau, deputy chief economist of the Washington-based Institute of International Finance, said that continuing to borrow from abroad is not a bad option if done in moderation as part of a plan to reduce overall vulnerability. In such a scenario, he recommends that Sri Lanka work with the International Monetary Fund. "Economic policy adjustments are needed in a world where issuing bonds and attracting tourists is much harder. Agreeing on a policy plan with the IMF gives confidence to investors and other official creditors, and makes it easier to borrow at reasonable cost," he told Nikkei.

But Ambassador Kohona insisted that it was always a struggle to seek assistance from multilateral lenders, given their propensity to toe the line set by Western donors. "But, China does not impose such conditions for financial assistance," he said. Frontline Socialist Party members hold up placards during a protest against the Colombo Port City Economic Commission Bill in front of the Supreme Court in Colombo on April 19.   © Getty Images

As the government tried to fast-track passage of the Colombo Port City Economic Commission Bill in parliament, at least 19 petitions were filed with the Supreme Court challenging the constitutionality of the bill. Petitioners included opposition political parties, the Bar Association of Sri Lanka, Transparency International and several other civil organizations. They claim the Port City Commission set up by the bill is detrimental to Sri Lanka's territorial integrity and sovereignty.

Luo Chong, a spokesperson of the Chinese Embassy in Colombo, stressed that Port City is crucial for Sri Lanka, calling it an important project to attract foreign investment. "We are waiting for parliament to pass the bill. I don't know about the agenda of certain political parties and NGOs, which are also saying the Port City will be a Chinese colony, but this is a domestic issue and we are not concerned about it," he told Nikkei.

Chong said that when special economic zones were set up in other parts of the world, including Singapore and Dubai, there were no such issues. He said that anyone can invest in Port City, and that the company handling the project has already signed more than a dozen memorandums of understanding with companies from China, the United Arab Emirates, Singapore, the U.K. and ASEAN countries.