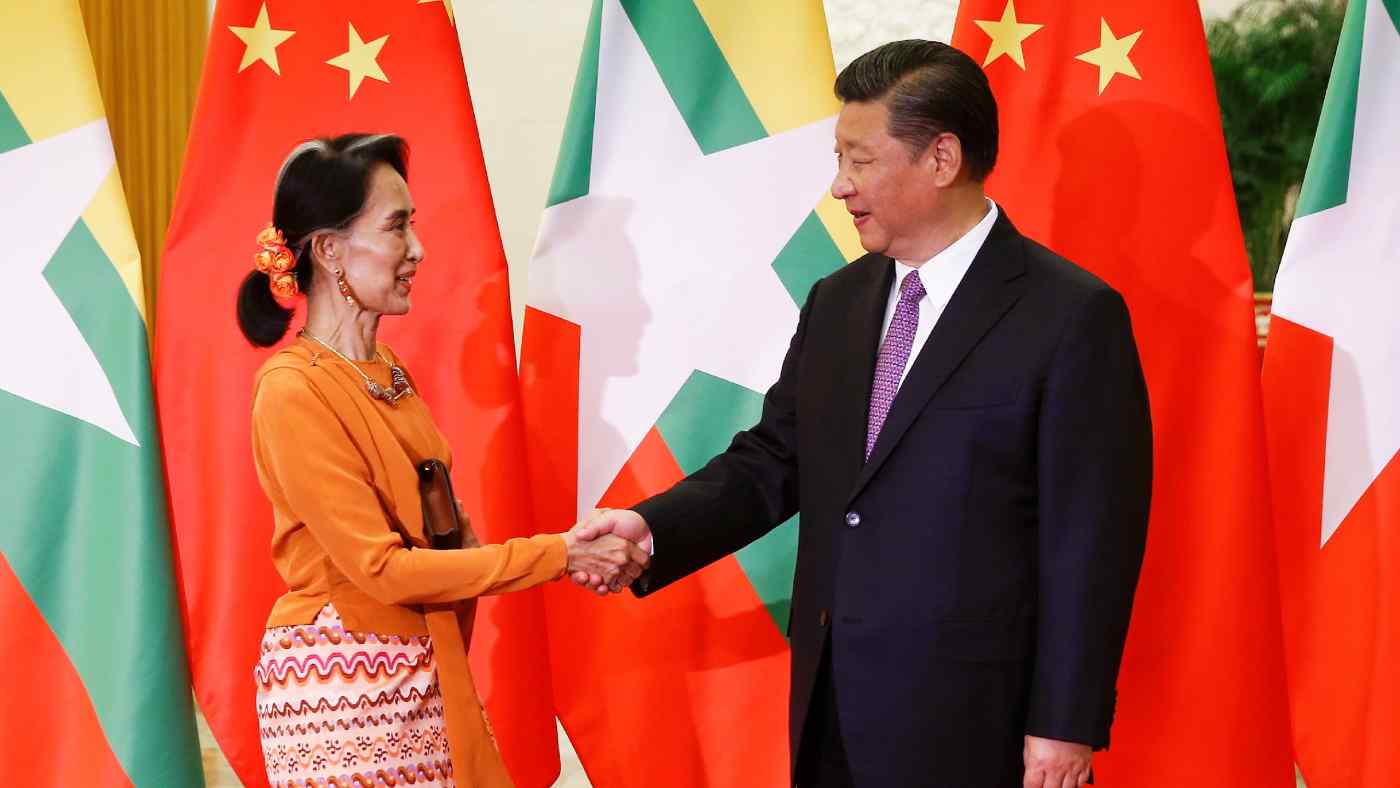 NAYPYITAW -- Beijing is helping to mediate peace talks that reopened Wednesday between Myanmar's government and rebel factions near the Chinese border, aiming to help resolve the region's long-simmering ethnic strife in part to further its infrastructure goals.

The civilian government and military are discussing political arrangements with armed minority groups that have signed onto the 2015 Nationwide Ceasefire Agreement. This week's talks are the third in a series sometimes called the 21st Century Panglong Conference, referring to similar talks in the 1940s between the interim government of what was then called Burma and various ethnic groups. The military is still fighting rebels who have not joined the peace pact, especially in northern regions near China.

In opening remarks, Myanmar's state councilor and de facto leader, Aung San Suu Kyi, said the door to peace was open and she hoped a way forward would be discussed. Suu Kyi has visited China three times in her two years in office, apparently working hard to secure its cooperation.

Representatives from seven northern groups that have not joined the peace pact, but were invited back to the talks in a continuation from last year, went through China on the way to Naypyitaw, and met with a Chinese government delegation on Tuesday. Their invitations to the conference were even delivered with help from the Chinese Embassy.

Last year, the seven rebel forces banded together under the leadership of the strongest among them, the United Wa State Army, to form an alliance called the Federal Political Negotiation and Consultative Committee. They have sought to revise terms of the cease-fire pact, among other demands.

The parties previously met August 2016 and May 2017. The talks were initially planned to be held twice a year, but slow negotiations delayed the process.

China is exploring plans to build major roads in territory controlled by the rebel forces, according to a source affiliated with a business in northern Myanmar's Shan State, where the United Wa force holds sway. The intent appears to be to help cultivate peace by enlivening economic exchange.

To China, Myanmar is part of a crucial land route to the Indian Ocean that makes up part of its Belt and Road infrastructure drive, but strife near the border regions impedes logistics and other aspects of commerce. In May, conflict erupted between the military and ethnic rebels in Muse, a Shan State city on the Chinese border. Some bullets from the fight landed on the Chinese side of the border, and people fled into Chinese territory as well.