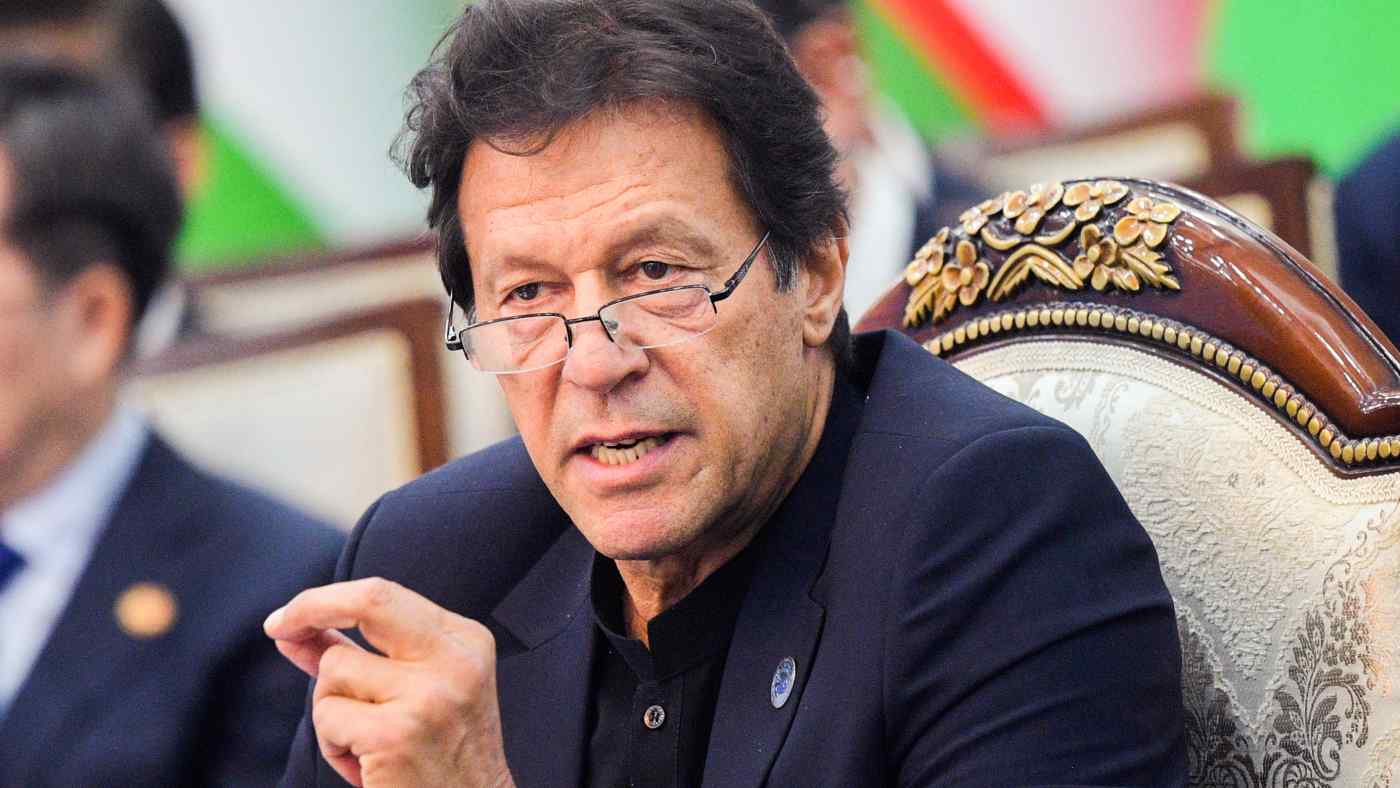 The government of Pakistani Prime Minister Imran Khan cannot appeal the decision by the International Court for Settlement of Investment Disputes, but it can ask the court to review the amount of the fine.   © Reuters
ADNAN AAMIR, Contributing writerJuly 19, 2019 12:14 JST | Pakistan, Bangladesh, Sri Lanka, Nepal, Bhutan
CopyCopied

QUETTA, Pakistan -- The possibility of Pakistan seeking assistance from China is emerging after the government was slapped with a $5.95 billion fine in a legal dispute over rights for a copper and gold mine in the country.

Tethyan Copper had filed a case against Pakistan with the International Court for Settlement of Investment Disputes in 2012 for violating an agreement that the company signed with Pakistan for exploration and mining of the Reko Diq mine.

The court issued its decision in 2017 in favor of Tethyan Copper, a joint venture between Barrick Gold of Canada and Antofagasta Minerals of Chile, with hearings continuing to determine the amount of damages to be paid by Pakistan. On Saturday, the court announced that the government of Prime Minister Imran Khan must pay a total fine of $5.9 billion -- a $4.08 billion penalty and $1.87 billion in interest.

Legal experts say Pakistan cannot appeal the court's decision and that it can only apply for technical review, whereby the government can ask the court to review the amount of damages. That process could take up to three years, which would offer Pakistan more time before the fine is due.

The amount of damages Pakistan has been ordered to pay is nearly equal to the recently approved bailout package from the International Monetary Fund.

The damages also are twice the amount of Balochistan's annual budgeted expenditures, which means Pakistan in all likelihood will have to look quickly for payment options. One of the strongest options, according to analysts, is its northern neighbor: China. The Reko Diq mine, situated in Pakistan’s southwest Balochistan province, has gold reserves with an estimated value of more than $100 billion.   © Reuters

Reko Diq sits in Pakistan's southwest Balochistan province, at the triangular border with Iran and Afghanistan. The mine has gold reserves with an estimated value of more than $100 billion.

Work at Reko Diq has been suspended since 2011, when Pakistan rejected the application of Tethyan Copper to mine the area. Before that, Pakistan and Tethyan Copper agreed that the company would conduct a feasibility study under an exploration license and that it would apply for a mining license to carry out the mining.

The board chairman of Tethyan Copper, William Hayes, has said that his company is ready to enter a settlement for a mutually beneficial solution with Pakistan. That could pave the way for a third party like China to help settle the case.

"Given the ever-growing domestic consumption of gold in China and Beijing's interest in investing in gold and copper mining industries abroad, I won't be surprised if China makes a bid to take over the Reko Diq gold mine project and offers to pay the penalty in return for long-term lease and exclusive ownership rights," said Mohan Malik, a professor at the Asia-Pacific Center for Security Studies in Hawaii.

Pakistan in recent years has relied heavily on Chinese investment and loans to support its economy. The $62 billion China-Pakistan Economic Corridor, or CPEC, is a flagship program in Beijing's Belt and Road Initiative.

"Given the critical role that Pakistan plays in Beijing's Belt and Road project, one can't dismiss the possibility that Beijing would seek to leverage the Reko Diq case to its advantage," said Michael Kugelman, the deputy director of Asia programs at the Wilson Center in Washington.

Kugelman believes that China will first carry out a risk assessment before it makes a move on Reko Diq. "If China concludes that the financial, security and reputational risks are tolerable, then we can't rule out Beijing jumping into the fray and seeking to take ownership of [the Reko Diq] project," he said.

Experts believe that China has been interested in Reko Diq for years.

"The Chinese were very instrumental in lobbying to dislodge [Tethyan Copper] from Reko Diq in 2012," said Malik Siraj Akbar, a Washington-based Balochistan expert. He added that there will still be a push from Beijing to gain a controlling interest in Reko Diq.

China has already faced attacks from Baloch insurgents, and investing more in the region could be risky. Most recently, the insurgents in May attacked a luxury hotel in the province's port town of Gwadar, where foreign businessmen, including Chinese, often stay. Nine people, including the four insurgents, were killed.

"Now with CPEC and mounting attacks on the Chinese by Baloch armed groups, handing over Reko Diq to China will further give credence to the Baloch insurgent's narrative," Akbar said.

Kugelman believes that a Chinese takeover of the Reko Diq project would further embed China in Pakistan's risky but tempting investment climate, and that, he says, is exactly what Beijing wants -- as long as it continues to view CPEC as a crucial project.