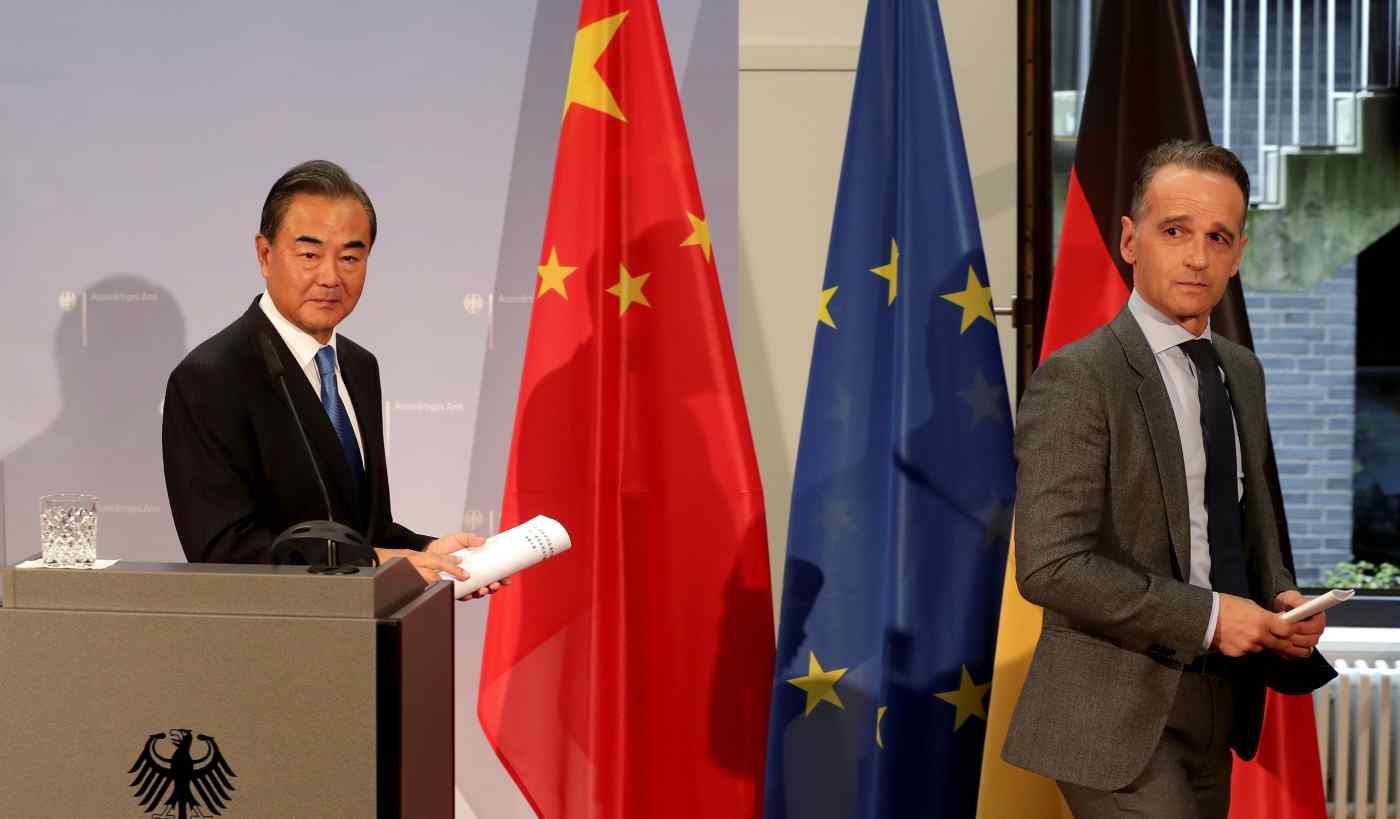 Vystrcil is the Czech Republic's second-highest ranking official after President Milos Zeman. He arrived in Taiwan Sunday as part of a larger delegation, despite his country having no diplomatic ties with the self-ruled island.

"Like the Czech Republic, Taiwan has traveled a difficult road, opposing authoritarianism and fighting for democracy and freedom," Tsai told Vystrcil during their meeting.

"Senate President Vystrcil and his delegation members have taken a major step that will set off a different sort of new wave," she said.

Vystrcil responded that the Czech Republic will "lead the European Union" on Taiwan.

China was quick to express its discontent with Vystrcil's trip. The senate leader "crossed a red line" with his trip, Chinese Foreign Minister Wang Yi said Tuesday in Berlin.

But Wang's bellicose statement might have deepened the rift between China and Europe. "No threat against an EU member state is acceptable and we express our solidarity with the Czech Republic," a spokesperson for the French Foreign Ministry said Tuesday. Czech Senate leader Milos Vystrcil, left, met Taiwanese President Tsai Ing-wen on Sept. 3 in Taipei. The meeting is a setback for China, which is trying to strengthen ties with Europe. (Photo courtesy of Taiwan's Office of the President)

Vystrcil met with Tsai after he addressed Taiwanese lawmakers on Tuesday, when he proclaimed in Mandarin that "I am Taiwanese" -- invoking U.S. President John F. Kennedy's speech during the height of the Cold War, in which he said he was a Berliner.

The Czech Republic in 1989, called Czechoslovakia at the time, forced out its communist leadership through nonviolent protests in what came to be known as the Velvet Revolution. Former President Vaclav Havel, who led that movement, had advocated for Taiwan's acceptance by the global community.

China has been ramping up pressure on Taiwan, especially after a trip there last month by U.S. Health and Human Services Secretary Alex Azar, the highest-ranking American official to visit since Washington cut diplomatic ties to the island in 1979. Defense Ministry spokesperson Wu Qian said on Aug. 27 that China is conducting large-scale war exercises in the Taiwan Strait.

Still, these trips directly run counter to the "One China" principle, which asserts that the island is an inalienable part of a single China. Beijing is concerned about these trips turning into a wider trend.

Vystrcil's trip in particular was a tough blow, given the rapport China has enjoyed so far with the Czech Republic. In March 2016, Chinese President Xi Jinping became the first sitting Chinese president to visit the country since they established diplomatic ties. Zeman also supports Xi's Belt and Road initiative, the infrastructure-building project that seeks to establish trade from Asia to Europe.

Vystrcil decided to visit Taiwan in May over Zeman's objections, in response to China's growing pressure on the island.

Meanwhile, the U.S. announced Monday that it will launch a new bilateral economic dialogue with Taiwan. It will hold a forum on strengthening ties on Friday.