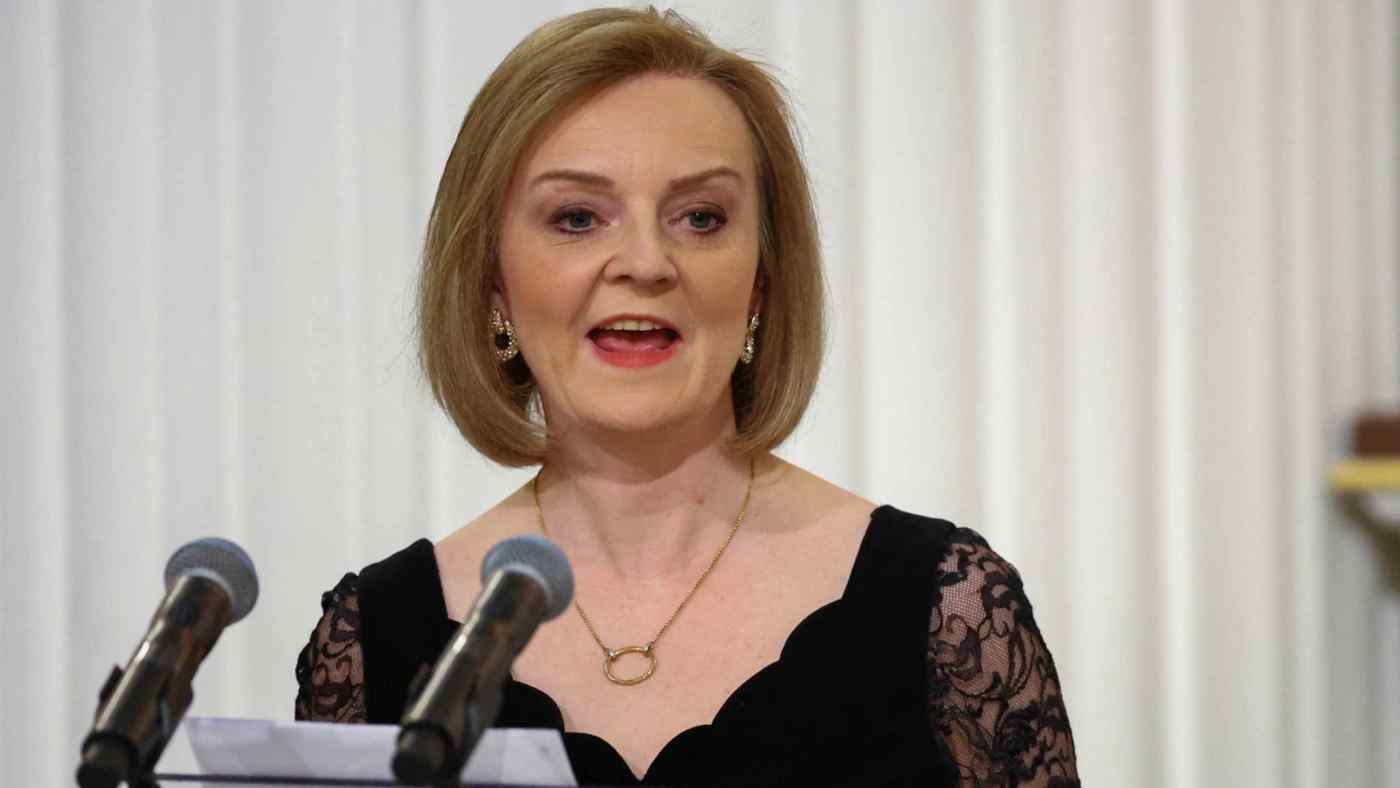 LONDON (Reuters) -- British Foreign Secretary Liz Truss on Wednesday warned China that failure to play by global rules would cut short its rise as a superpower, and said the West should ensure that Taiwan can defend itself.

Renewing her call to boost NATO, Truss said moves to isolate Russia from the world economy in response to its invasion of Ukraine proved that market access to democratic countries was no longer a given.

"Countries must play by the rules. And that includes China," Truss said in a speech at Mansion House in London.

Britain, the world's sixth-largest economy, is dwarfed economically and militarily by China, but believes that via soft power and strategic alliances it can help persuade Beijing to play by the rules of a new, more dynamic international system.

China's economic and military rise over the past 40 years is considered to be one of the most significant geopolitical events of recent times, alongside the 1991 fall of the Soviet Union which ended the Cold War.

But Truss said its further rise was not inevitable.

"They will not continue to rise if they do not play by the rules. China needs trade with the G-7. We (the Group of Seven) represent around half of the global economy. And we have choices," she said.

"We have shown with Russia the kind of choices that we're prepared to make when international rules are violated."

This month, U.S. Treasury Secretary Janet Yellen said China should persuade Russia to help end the war in Ukraine, or face a loss of standing in the world.

Beijing has said it firmly opposes linking the Ukraine war to its relations with Moscow and that it will defend the rights of Chinese individuals and companies.

Truss said NATO needed to have a global outlook that extended to democracies outside its membership, citing Taiwan as an example.

"We need to preempt threats in the Indo-Pacific, working with allies like Japan and Australia to ensure that the Pacific is protected," she said.

"We must ensure that democracies like Taiwan are able to defend themselves."

China says Taiwan, which it views as a breakaway province to be brought back to the fold, by force if necessary, is one of the most sensitive and important issues in its relations with the West.

In 2015, George Osborne, Britain's then-finance minister, predicted a "golden" era in Chinese-British relations. But ties have since frayed over issues including Beijing's security crackdown on former British colony Hong Kong and security concerns around Chinese investment in Britain.