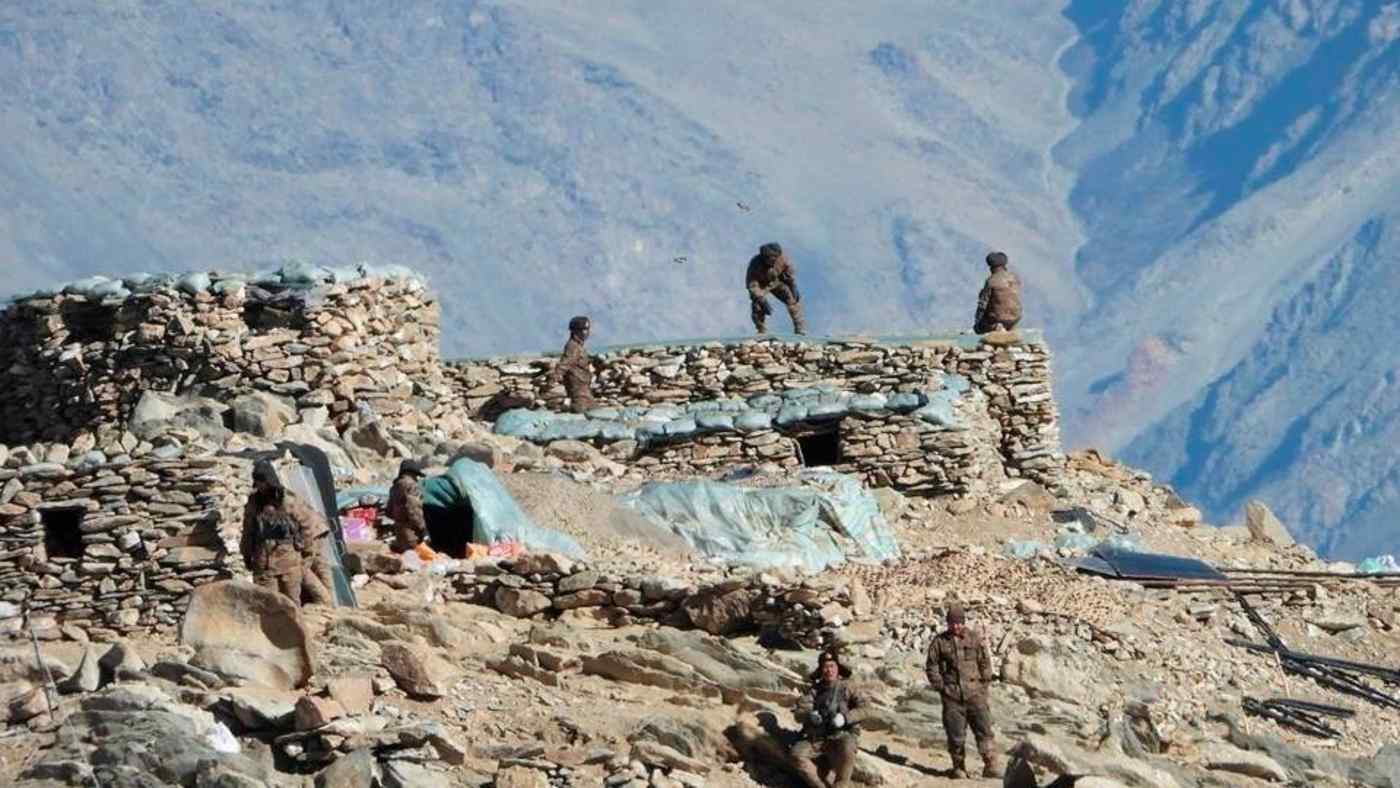 BEIJING (AP) -- China's military on Friday said four of its soldiers were killed in a high-mountain border clash with Indian forces last year, the first time Beijing has publicly conceded its side suffered casualties in the deadliest incident between the Asian giants in nearly 45 years.

The announcement, coming more than six months after the bloody hand-to-hand fighting, should help global audiences "understand the truth and the right and wrong of the incident," Chinese Foreign Ministry spokesperson Hua Chunying said.

Yet the delay also appeared to reflect China's deep culture of military secrecy, as well as concerns over the potential domestic and international fallout from the bloodshed.

Immediately after the clash atop a high ridge on June 2020 in the Ladakh region's Karakoram Mountains, India announced it had lost 20 of its soldiers in the battle that saw fists, clubs, stones and other improvised weapons used to avoid a firefight.

China was believed to have also suffered casualties but did not provide any details, saying it didn't want to further inflame tensions. The announcement that it did indeed lose soldiers comes now that the two sides are engaged in a phased pullback from their original positions following multiple rounds of negotiations.

The People's Liberation Army Daily newspaper said Friday that the four killed were named as official state martyrs and awarded other posthumous honors.

It said the title of "border-defending hero" was conferred on Battalion Commander Chen Hongjun, while Chen Xiangrong, Xiao Siyuan and Wang Zhuoran received first-class merit awards. It attributed their deaths to fighting in "a clash with trespassing foreign military personnel," without mentioning India directly.

Earlier, unconfirmed reports had put the number of Chinese dead as high as 45, and Lt. Gen. YK Joshi, who commands the Indian Army's Northern Command, said Indian observers counted more than 60 Chinese troops being taken away on stretchers, though it wasn't clear how many suffered fatal injuries.

"This disengagement is happening because we had taken the dominating position on the Kailash range. So, now the purpose has been achieved, we are going back to status quo ante April 2020," Joshi told the station.

Separately, an Indian security official said Friday that the military estimates at least 14 Chinese soldiers were wounded, eight of whom later died. That assessment was based on the number of stretchers used to remove the injured on the night of incident, input gathered from the Chinese forward hospital and field reports from the ground.

Another security official offered a similar account, saying at least 12 Chinese soldiers were "seriously" wounded in the incident.

Both spoke on condition of anonymity in keeping with government regulations.

The tense standoff in the Karakoram mountains began in early May, when Indian and Chinese soldiers ignored each other's repeated verbal warnings, triggering a shouting match, stone-throwing and fistfights on the northern bank of Pangong Lake, which is marked by eight contested ridges where rivers flow into the waterbody.

By June, frictions escalated and spread north in Depsang and Galwan Valley, where India has built an all-weather military road along the disputed frontier. Since the clash, both countries have stationed tens of thousands of soldiers backed by artillery, tanks and fighter jets along the de facto border called the Line of Actual Control, or LAC, with troops settling in for the harsh winter.

Each side accused the other of instigating the violence, which has dramatically changed the India-China relationship.

Responsibility for the clash "doesn't lie with China," Hua told a briefing in Beijing on Friday. She said China has "exercised great restraint, reflecting China's tolerance and commitment as a responsible power."

"However, the Indian side has repeatedly exaggerated and hyped the casualties, distorting the truth and misleading international public opinion. Now the PLA Daily has published a report on the incident to reveal the truth," Hua said.

Relations between the two countries have often been strained, partly due to their undemarcated border. They fought a border war in 1962 that spilled into Ladakh and ended in an uneasy truce marked by additional clashes. Since then, troops have guarded the undefined border while occasionally brawling. The two countries have agreed not to attack each other with firearms.

The fiercely contested control line separates Chinese-held and Indian-held territories from Ladakh in the west to India's eastern state of Arunachal Pradesh, which China claims in its entirety. It is broken in parts where the Himalayan nations of Nepal and Bhutan sit between India and China.

According to India, the de facto border is 3,488 kilometers (2,167 miles) long, while China says it is considerably shorter. As its name suggests, the LAC divides the areas of physical control rather than territorial claims.