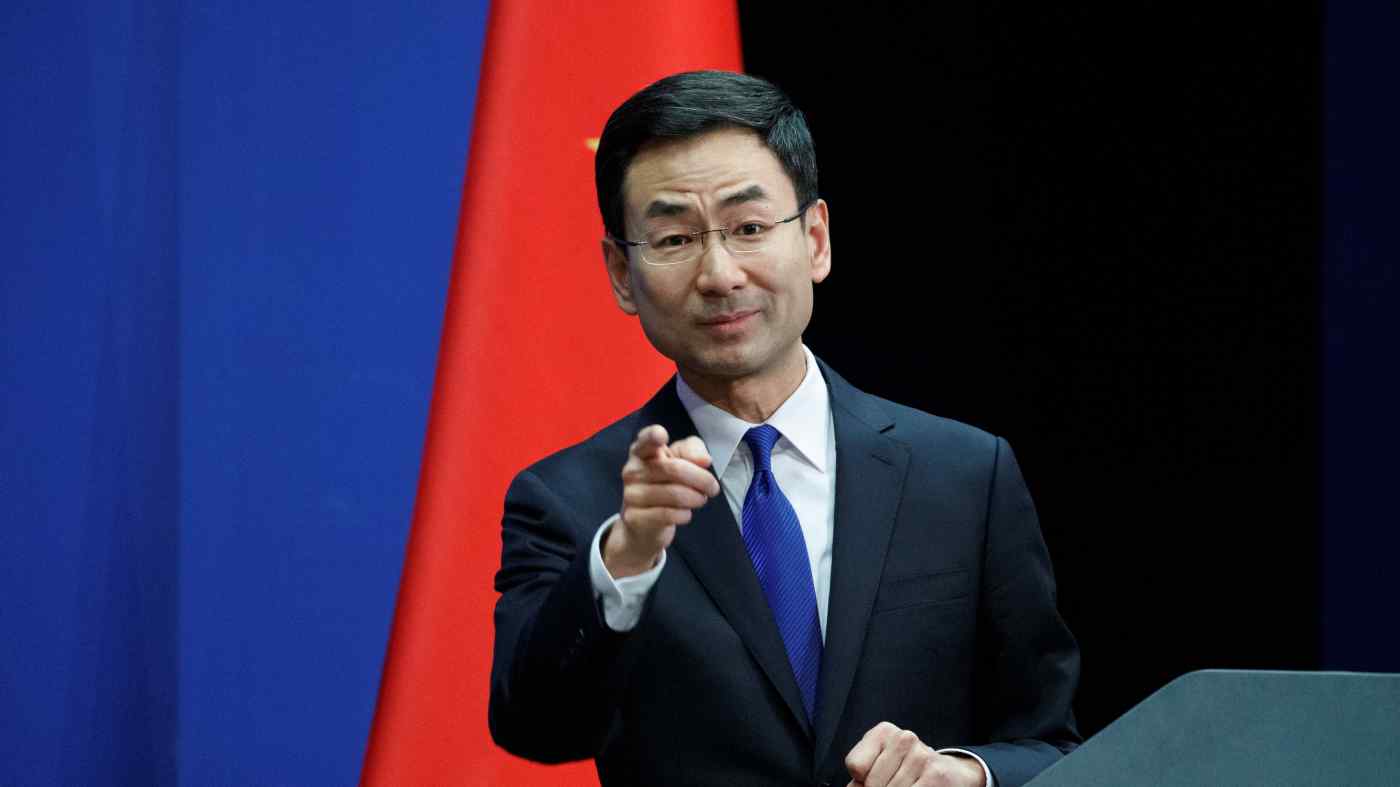 "The facts of the case are clear and the evidence is conclusive," Foreign Ministry spokesman Geng Shuang said.   © Reuters
March 26, 2020 23:17 JST | China
CopyCopied

BEIJING (Kyodo) -- China said Thursday it has detained a prominent Chinese scholar at a Hokkaido university for suspected espionage, claiming he has confessed to the crime.

"The facts of the case are clear and the evidence is conclusive," Foreign Ministry spokesman Geng Shuang said during a regular press briefing, stressing that Yuan Keqing, a professor of East Asian political history at the Hokkaido University of Education, is a Chinese citizen.

Details of the alleged espionage were not disclosed.

Yuan has not been in contact with the university since mid-June, after he left for China to attend the funeral of his mother, according to the university and his friends.

The university last heard from his wife in July that Yuan was being treated for an unspecified illness.

Fearing that he might have been detained by Chinese authorities, a group of Japanese researchers issued an emergency appeal late last year.

Later in January, a group of colleagues, friends and others delivered a petition to the Chinese consulate general in Sapporo, asking it to help bring him back to Japan.

Yuan, born in China's Jilin Province in 1955, studied law at Hitotsubashi University graduate school in Tokyo and is a permanent resident of Japan.

The Chinese authorities in September detained Hokkaido University professor Nobu Iwatani for alleged spying, subsequently releasing him in November. Iwatani specialized in studies on the Chinese Nationalist Party during the 1937-1945 Sino-Japanese War, a field close to Yuan's area of expertise.

Since 2015, at least 15 Japanese citizens have been detained in China on various charges, including espionage.

China has been stepping up its scrutiny of foreign organizations and individuals in the name of protecting national security since President Xi Jinping came to power in 2013.

Not only Japanese, but a number of other foreign nationals have been held in China, particularly after a counterespionage law took effect in 2014 and a national security law in 2015.

Just a day earlier, the Australian government demanded the immediate release of a Chinese-Australian writer after China formally indicted him for spying.

Yang Hengjun was formerly a diplomat for China's Foreign Ministry and worked for the Ministry of State Security, before becoming an online democracy activist and an Australian citizen.