A 'reassuring' message met with warning of 'new type' of authoritarianism 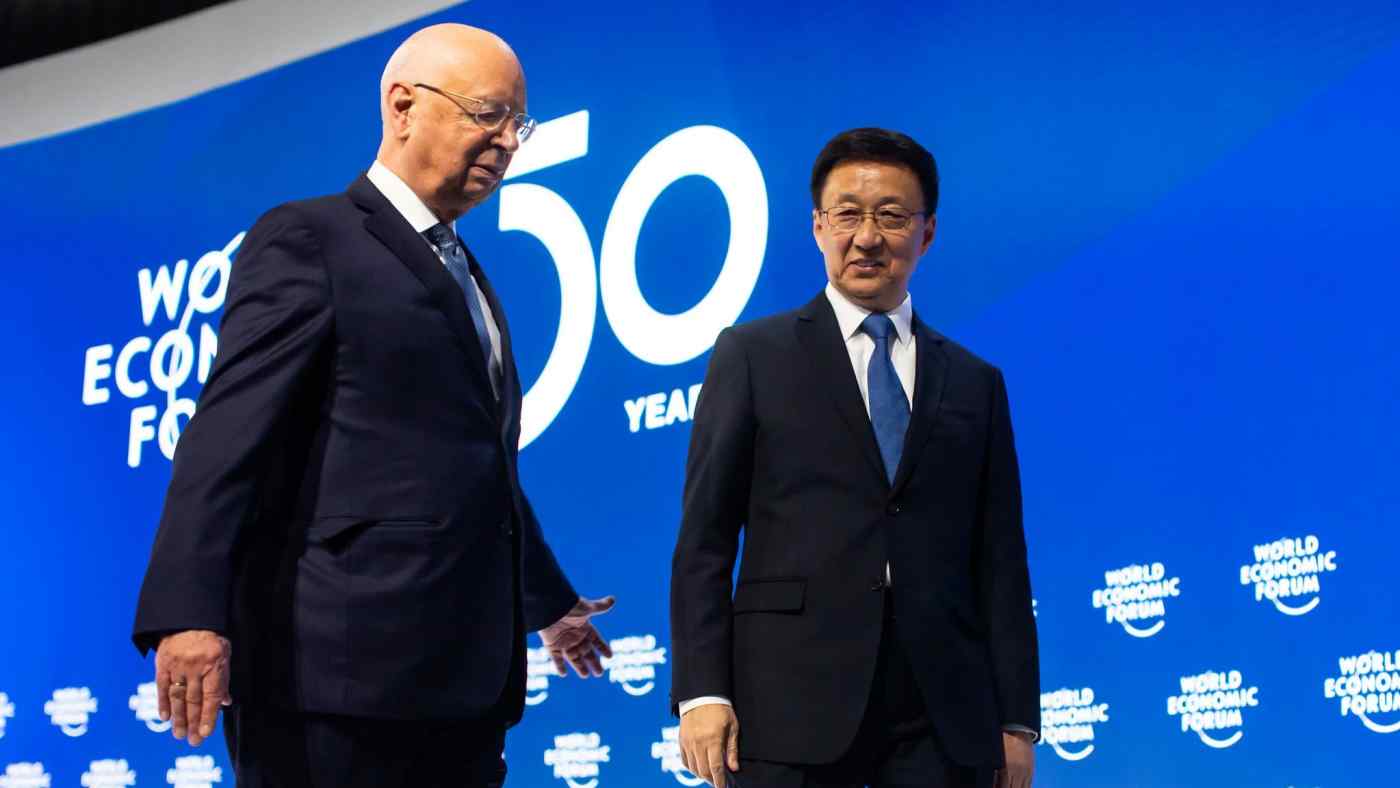 DAVOS, Switzerland -- For Klaus Schwab, founding chairman of the World Economic Forum, Chinese Vice Premier Han Zheng's speech delivered on Tuesday was "reassuring" on where the country was heading.

China will open its door still wider to the world, the Politburo Standing Committee member told the audience. "Despite the protectionist and unilateral moves by some countries, China will not stop pursuing higher-quality opening-up, and will not follow their footsteps to move in the opposite direction of globalization."