China steps up courting of Africa ahead of summit

Promise of economic aid tied to Belt and Road initiative 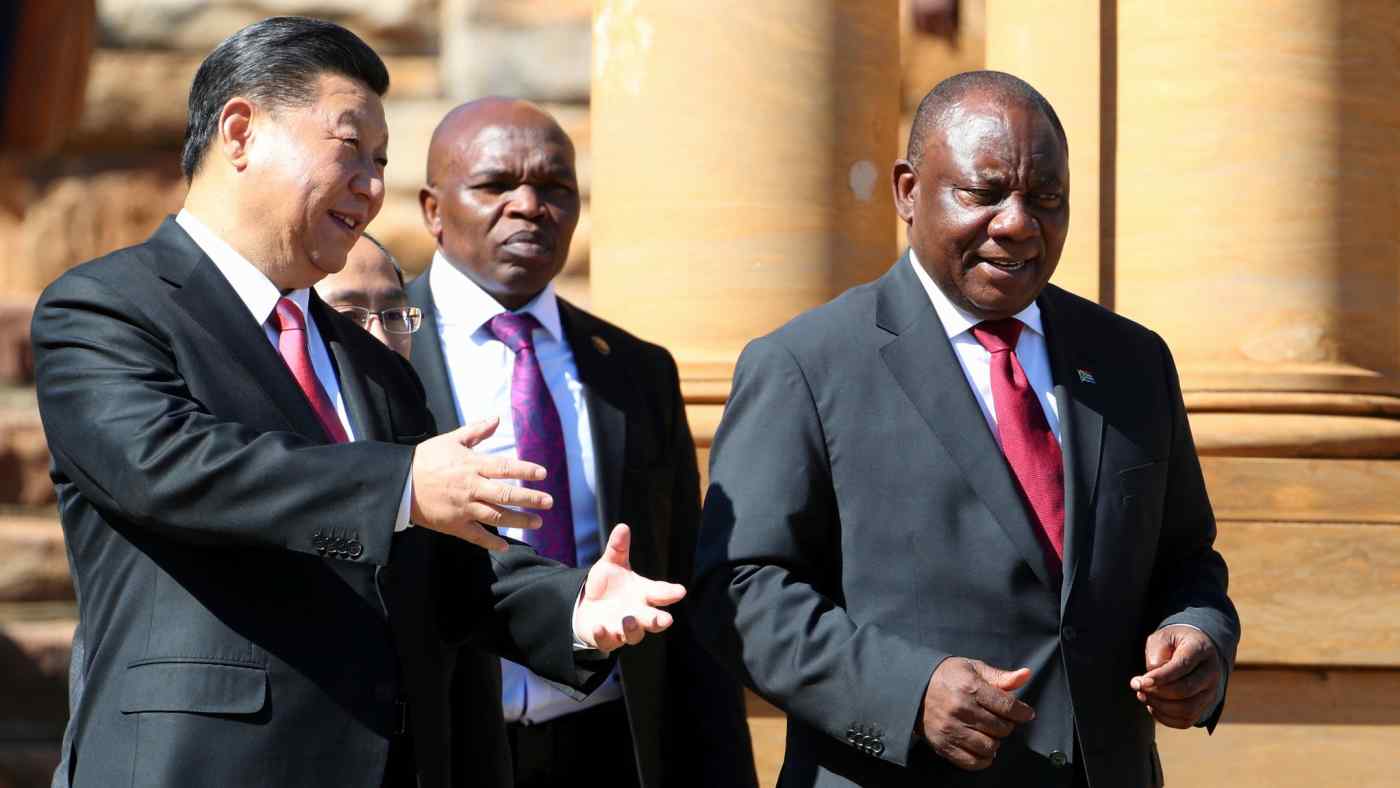 BEIJING -- China is expanding its influence campaign in Africa as it prepares to host a summit with leaders from the continent, ready to offer economic assistance as part of its Belt and Road infrastructure initiative.

The Forum on China-Africa Cooperation is scheduled for Sept. 3 and Sept. 4 in Beijing, with leaders from more than 50 African countries expected to attend. The summit is aimed at bringing China and Africa closer and building a shared destiny, Chinese Foreign Minister Wang Yi said at a press briefing on Aug. 22.

The forum will serve to create a new chapter connecting the Belt and Road initiative with Africa's development, Wang added, revealing plans to announce economic assistance.

The forum has been held once every three years starting in 2000, switching venues between China and Africa. That this year's meeting will be chaired by Chinese President Xi Jinping amid a trade war with the U.S. is especially significant. Should he demonstrate a strong influence over the resource rich continent, it could put pressure on U.S. President Donald Trump from both a trade and security standpoint.

The summit will also be attended by representatives from international organizations like United Nations Secretary-General Antonio Guterres. It will be the largest international conference hosted by China this year, Wang noted.

China has been preparing for the success of this summit for several months. It sent Li Zhanshu, the Chinese Communist Party's third highest ranking member, to three African countries including Ethiopia in May. Wang Yang, who ranks fourth in the party hierarchy, visited the Democratic Republic of Congo and two other nations in June. Xi himself took a four-country tour of the continent, including Senegal and South Africa, in July.

The blitz to strengthen relations with Africa is also meant to pressure Taiwan, which has been trying to forge closer ties with the U.S. under President Tsai Ing-wen. China established relations with Burkina Faso in May, leaving Taiwan with just one ally in Africa, eSwatini, formerly Swaziland.

Chinese Assistant Foreign Minister Chen Xiaodong said at a press conference on Aug. 22 that he believes Beijing will be able to establish diplomatic relations with eSwatini in the not-too-distant future. But eSwatini Foreign Minister Mgwagwa Gamedze told Reuters the same day from Taiwan, where he is currently visiting, that "we have no desire to change camps since Taiwan has been good to us."

China's appeal lies in its ability to provide large sums of economic aid. Ethiopian President Mulatu Teshome visited a Chinese-built industrial park near Addis Ababa in mid-August, according to the official Xinhua News Agency. He said that Chinese investment in Ethiopia is an example of expanding relations with other African countries and that he welcomes more funding from Beijing.

Wang also said on Aug. 22 that many countries in Africa want to participate in the Belt and Road initiative. Resource nationalism is rising in Africa, and China is often looked at with a wary eye. Still, the prospect of economic assistance seems to be outweighing those worries.