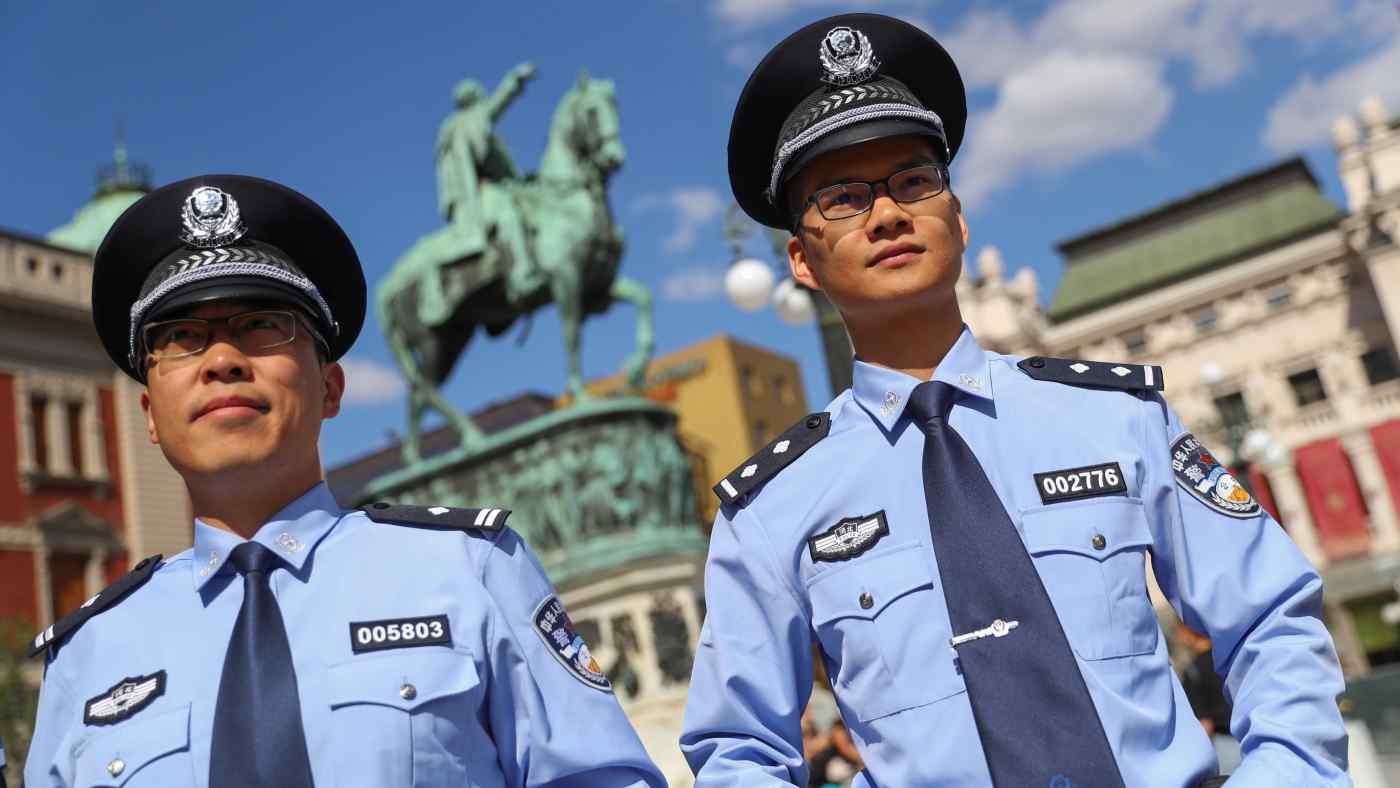 BERLIN -- As well as building rail lines, highways and bridges in Serbia as part of its flagship Belt and Road Initiative, China is looking to play a bigger role in developing defense and security apparatus in the Eastern European nation.

Serbia announced last month the purchase of armed drones from China -- Beijing's biggest military sale into Europe since the end of the Cold War -- and Chinese police officers have been patrolling the streets of Belgrade with Serbian counterparts since Sept. 18.