Canberra's ambassador barred from entering session due to 'state secrets' 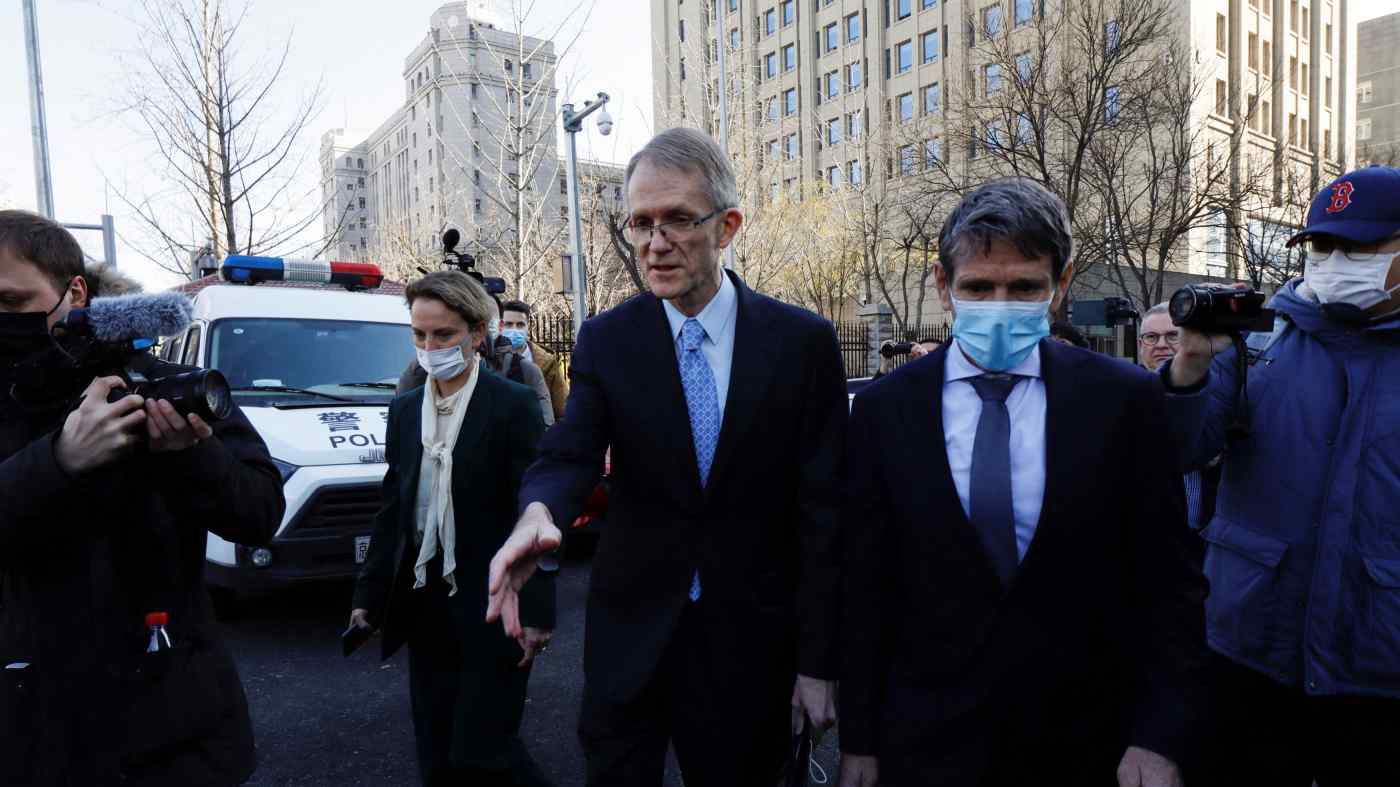 It was not clear when a verdict would be handed down. China's courts have a conviction rate of well over 99%, according to calculations by China Justice Observer, a local website.

Cheng, 46, was a television anchor for Chinese state broadcaster CGTN before being detained in August 2020. She was formally arrested a year ago.

Cheng's family members have said they are convinced she is innocent.

A heavy contingent of uniformed police and plainclothes security personnel were positioned outside the No. 2 People's Intermediate Court in Beijing, where Cheng was tried. Police, who had taped off areas close to the north and west entrances of the court, checked journalists' IDs and asked them to move away.

Australian Ambassador Graham Fletcher was denied entry to the court.

"This is deeply concerning, unsatisfactory and regrettable. We can have no confidence in the validity of a process which is conducted in secret," Fletcher told journalists after being barred from the proceedings on Thursday morning.

"Our consular agreement says that we ought to be able to attend trials," he said before leaving.

Chinese officials said that trials involving state secrets are not open to the public.

"The defendant is suspected of the crime of illegally providing state secrets to a foreign country, which is a case involving state secrets and is not handled openly, so is not open to visitors," a court official told Fletcher.

Australia has said it was concerned about Cheng's welfare and conditions of detention and what it said was a "lack of transparency" over the case.

Its diplomats have had regular visits with Cheng, most recently on March 21. "Considering the circumstances she's doing OK," Fletcher said.

Chinese Foreign Ministry spokesman Wang Wenbin said that a verdict in the case would be announced "at a scheduled date."

"We urge the Australian side to earnestly respect China's judicial sovereignty and refrain from interfering in the handling of cases by the Chinese judicial authorities in any form," Wang told a regular daily briefing.

The deferral of the verdict was announced in a statement by Australian Foreign Minister Marise Payne.

Last May, in a separate case at the same court, Australia's ambassador to China was denied entry to the trial of Australian blogger Yang Hengjun, who was accused of espionage. In a trial last March of Canadian former diplomat Michael Kovrig in the same court, Canadian officials were denied entry.

Cheng was born in China and moved with her parents to Australia as a child. Later she returned to China, where she built a television career first with CNBC, starting in 2003, and later, starting from 2012, as a prominent business news anchor for China's English-language CGTN.

"Her two children and elderly parents miss her immensely and sincerely hope to reunite with her as soon as possible," Cheng's family said in a statement provided to Reuters.

The trial comes as diplomatic relations between Australia and China remain tense, after Canberra urged an international probe into the source of the COVID-19 pandemic in 2020 and Beijing responded with trade reprisals.