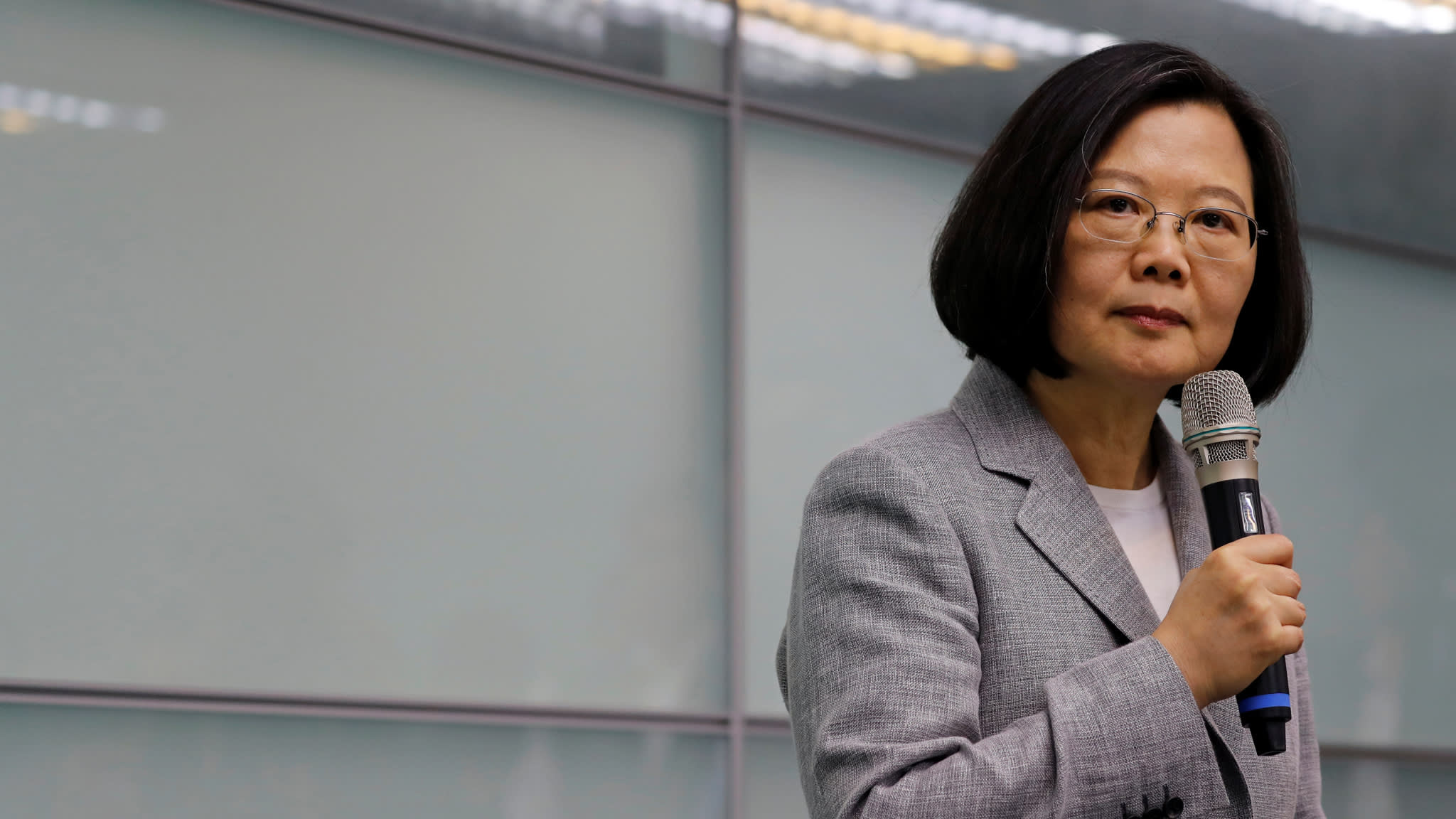 BEIJING/TAIPEI (Reuters) -- China urged the United States on Thursday not to allow Taiwan President Tsai Ing-wen to stop over in Hawaii next week when she makes a tour of the island's diplomatic allies in the Pacific, adding another irritant to Beijing-Washington ties.

China regards Taiwan as its sacred territory and regularly calls it the most sensitive and important issue in ties with the United States. It always complains about transit stops by Taiwan leaders in the United States.

Tsai said she will transit via Hawaii on her way home from an eight-day visit to Palau, Nauru and the Marshall Islands, which began on Thursday.

"We have consistently and resolutely opposed the United States or other countries which have diplomatic relations with China arranging this kind of transit," Geng told reporters in Beijing.

China urged the United States not to send "Taiwan independence forces any wrong signal", he added.

China views Taiwan as merely a wayward province, with no right to state-to-state relations.

A spokeswoman for the U.S. State Department said Tsai's transit was consistent with the unofficial nature of U.S. relations with Taiwan and was based on long-standing U.S. practice "out of consideration for the safety, comfort, convenience, and dignity of the traveler."

She said Tsai's transits would be "private and unofficial" and she would be greeted in Hawaii by James Moriarty, chairman of the American Institute in Taiwan, America's de facto embassy there.

The United States, like most other countries, has no formal diplomatic relations with Taiwan but is the island's largest weapons supplier and most powerful international backer.

The State Department declined to comment on a Bloomberg news report on Thursday that quoted unnamed sources as saying that the Trump administration has given tacit approval to a request by Taiwan to buy more than 60 F-16 fighter jets built by Lockheed Martin. Lockheed Martin did not respond to a request for comment.

China and the United States are trying to end a bitter trade war and they also have differences over Chinese activity in the disputed South China Sea, as well as over human rights.

Tsai's tour comes amid heightened tension between Taipei and Beijing, which has stepped up diplomatic and military pressure to assert its sovereignty over self-governed Taiwan.

Taipei is battling to prevent its remaining 17 allies from switching allegiance to China.

Tsai said in a statement before setting off on the tour that it was her duty to promote Taiwan internationally.

"Letting the country advance down the right path, and letting Taiwan continue to shine on the world stage, are all things that must be done as president, and I will go all out," she said.

Last year, China persuaded the Dominican Republic, Burkina Faso and El Salvador to forge relations with Beijing in what Tsai called "increasingly out of control" behaviour.

Chinese President Xi Jinping said in January Beijing reserved the right to use force to bring Taiwan under its control but will strive to achieve peaceful "reunification", though democratic Taiwan has shown no interest in being run by Beijing.