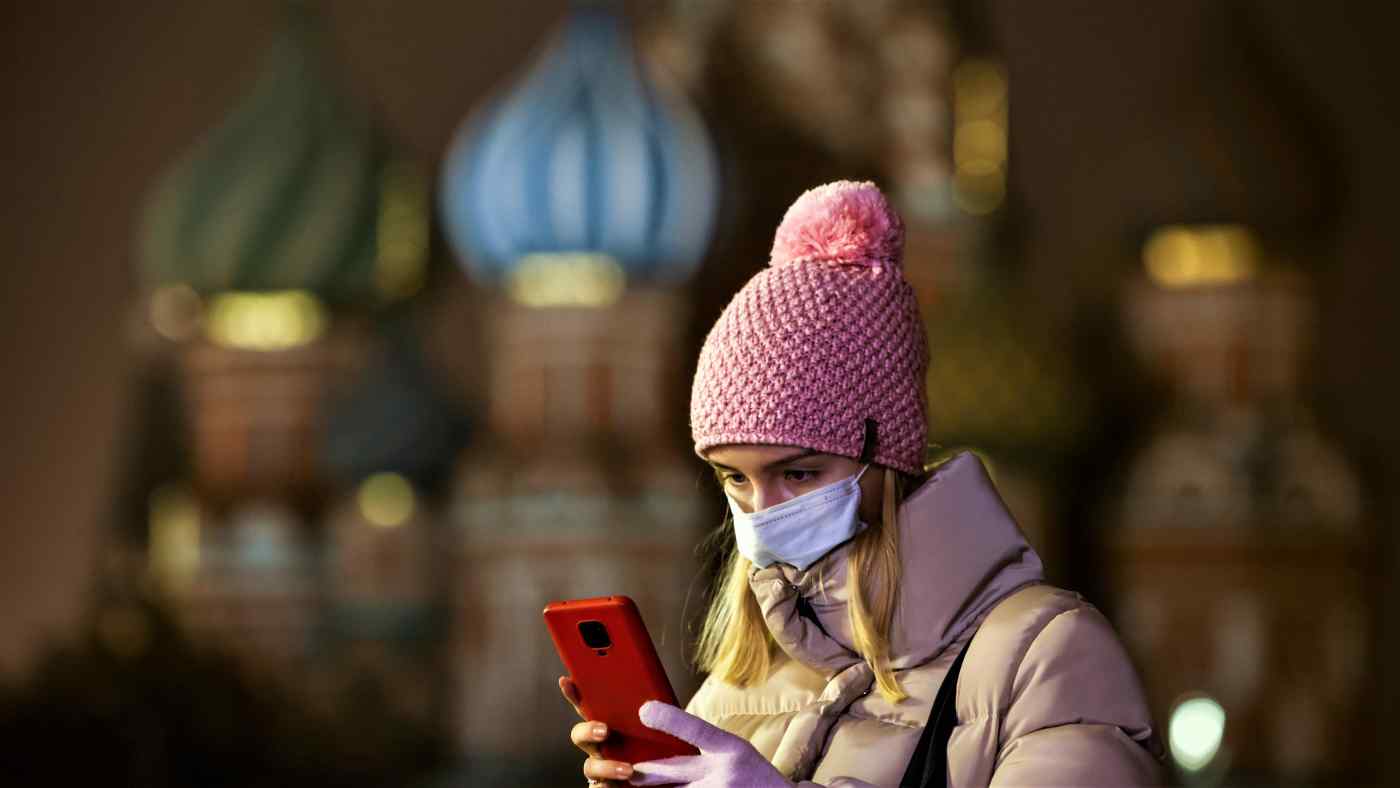 Seventy-four percent of Russians surveyed by the Chicago Council on Global Affairs and the Moscow-based Levada Center said they view China favorably. Likewise, 40% named China as their country's closest friend -- the top percentage across all nations.

By contrast, only 45% of Russians held positive views of the European Union, while the U.S. scored even lower at 39%.

The survey was conducted in two parts, in August 2020 and January-February 2021, garnering about 1,600 responses each. The findings, released late last week, come as Russia and China show increasingly close cooperation. On Thursday, China announced Russian Foreign Minister Sergey Lavrov and his counterpart Wang Yi will meet in Beijing next Monday, just days after Wang's meetings with U.S. officials in Alaska.

Although many Western analysts and some Russian ones have argued that Russia risks becoming a junior partner to China as their relationship deepens, few Russians appear to share this concern.

A majority -- 55% -- said that cooperation with China boosts Russia's international standing, with only 9% disagreeing. A mere 28% of Russians said they worry that growing cooperation with Beijing will make their country more dependent on the world's No. 2 economy.

An earlier study by the Levada Center found that China enjoyed its greatest popularity among Russians between the ages of 18 and 24, with 78% of respondents holding favorable views versus 12% who expressed negative opinions. Russia's results stand in stark contrast to world trends. China has seen its global image suffer over the past year, partly due to controversy over its early response to the coronavirus. In October, a Pew Research Center survey of 14 developed countries found that 73% of respondents viewed China unfavorably, while 78% said they had little or no confidence in Chinese President Xi Jinping. These results were China's worst since Pew began conducting the survey in 2002.

Denis Volkov, deputy director at the Levada Center, told Nikkei Asia that China saw its favorability among Russians increase significantly after the 2014 Ukraine crisis. Beijing was one of the few major economies that refused to impose sanctions against Moscow over its annexation of Crimea. Since then, China and Russia have signed several lucrative gas and arms deals, and begun holding regular joint military exercises.

In October, Russian President Vladimir Putin suggested that a formal alliance between the two countries was "quite possible" sometime in the future.

"China's cooperation, especially in 2014 and 2015, showed that Russia was not isolated despite its conflict with the West, that it had other allies," Volkov said. "In this context, the fact that Xi Jinping attended the 2015 Victory Day Parade when Western leaders refused to come was symbolically important," referring to a lavish military parade in Moscow to mark the 70th anniversary of the Allied victory in Europe. One side effect of the increasingly close partnership has been favorable coverage of China in Russian state media. Volkov noted that outside of narrow expert circles, few Russians are aware of criticism of China on human rights or COVID-19.

For a growing number of young Russians, China is also a compelling success story -- one that appears all the more attractive due to their own country's economic struggles.

Yaroslav Shevchenko, a Russian graduate student at Beijing's Renmin University, said many in his generation were impressed by China's "truly remarkable progress" in their lifetimes. "Even youngsters can remember how poor and underdeveloped [China] remained when we were kids 10 to 15 years ago. Back then, China was a synonym for cheapness and counterfeits," he said.

"But now this country produces world-class smartphones and has New York-like megapolises. This comes as a stark contrast with the stagnation we've experienced [in Russia] over the last eight years, and can certainly explain the growing admiration of China's rise."

Although young Russians still primarily look to Europe and the U.S. for work and educational opportunities abroad, China is seen as an increasingly attractive option. In 2019, roughly 20,000 Russian students studied at Chinese universities, according to data from the Russian Embassy in Beijing. The Chinese Ministry of Education has in recent years ranked Russia as its fifth or sixth largest source of international students. Finances are a major reason more and more young Russians are going to school in China. Shevchenko explained that Chinese universities offered Russian students generous scholarship packages that far exceeded what they could hope to receive at home.

"For me personally, feasibility was the main reason why I decided to go to China after my undergraduate studies," he said. "I was accepted by an elite school in Beijing with professors holding degrees from Stanford and MIT, didn't have to pay a penny for anything, was awarded financial bonuses, and on top of that got a chance for firsthand experience with China."

Shevchenko said no similar opportunities exist in the Russian Far East, his home region, "while in Moscow or St. Petersburg the competition is tough and scholarships are far less generous."

Young, urban Russians have long been perceived as the most pro-Western demographic in the country. Earlier this year, tens of thousands of them joined mass protests in support of detained opposition figure Alexei Navalny, a vocal critic of the Kremlin's foreign policy. Why, then, do so many young Russians also appear to admire an increasingly authoritarian China?

Volkov of the Levada Center explained that they tend to focus on Western and Chinese economic performance while overlooking differences in their political systems. "Human rights questions are a secondary issue," he said. "The important thing for young Russians is that people live well in the West and that China's economy and influence are growing."

But at Russia's elite political science universities, home to the country's future decision makers and thought leaders, there is a clear preference for China over the U.S.

Dmitry Suslov, a professor of international relations at the National Research University Higher School of Economics in Moscow, told Nikkei that most of his students -- even those who sympathize with the opposition -- had a far more negative view of the U.S. than China.

"Many of my students regard the United States as a threat to Russian security, as a hostile government that is pursuing anti-Russian policies today and will continue to do so in the future," he said. "They view China with caution, but ultimately as a partner with whom Russia is compelled to build a good relationship."