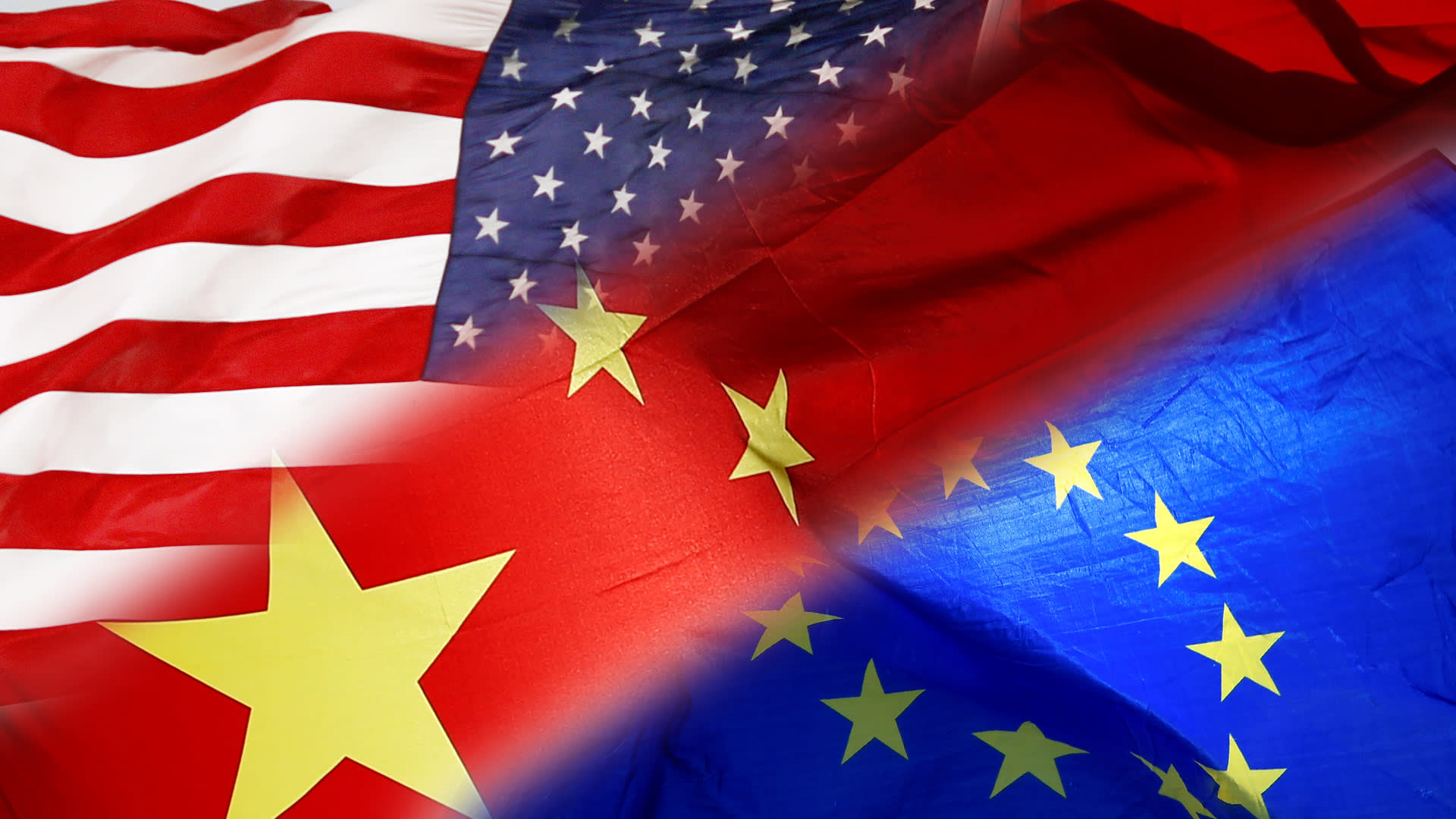 TOKYO/BRUSSELS/SHANGHAI -- The U.S., European and Japanese governments are intensifying their scrutiny of Chinese mergers and acquisitions, which are becoming a tool for the Asian superpower to acquire key technologies.

They fear that allowing acquisitions of domestic companies that own cutting-edge technologies could impact the race for technological supremacy, as well as national security.

Overseas M&As by Chinese companies from January to March totaled about $25.7 billion, down roughly 70% from around $85.4 billion two years earlier, the most recent period for which figures are available, according to Thomson Reuters.

In April alone, combined deals for the U.S. and Europe fell to about $200 million, a sign that M&A bids by Chinese companies have been at a virtual standstill.

Acquisitions of high-tech companies, which are particularly prone to technology outflows, dropped sharply in number.

There were seven successful M&A deals by China for U.S. and European high-tech companies from April to May, down from the peak of 21 deals from April to June 2016, Thomson Reuters said.

In the U.S., the government body that stands in front of Chinese M&A deals is the Committee on Foreign Investment in the United States, which reviews mergers and acquisitions by foreign companies from the standpoint of national security.

The CFIUS decision came amid national security concerns as some pointed out that MoneyGram holds military personnel's money transfer data because many of MoneyGram's vendors are located near American military bases.

China aims to help its businesses attain commanding status in the global arena under an industrial promotion drive dubbed "Made in China 2025."

If Chinese companies' aggressive M&A attempts are ignored, advanced technologies such as artificial intelligence and robotics in the U.S. may be exploited by the Chinese for military purposes, said Robert Williams, a U.S.-China relations expert at Yale University.

The U.S. government appears set to further tighten controls on Chinese investment. Last Friday, Trade Representative Robert Lighthizer suggested restrictions on investment from the country would be on the way.

The following July, the German government tightened regulations on foreign takeovers, expanding the scope of investment areas subject to government screening to include, among other things, manufacturing equipment for weapons. The new rule also extended the period of screening, delaying takeover attempts.

The U.K. and France have also expressed their intention to tighten restrictions on foreign takeovers.

There have also been separate moves to introduce unified restrictions for the entirety of Europe. Last September, the European Commission, the executive body of the European Union, proposed a framework for screening of foreign direct investment in member nations. Takeover attempts targeting European companies, which raise concerns about potential leaks of sensitive information in areas including infrastructure, technology and security, would be subject to the screening.

Yet another move is an international effort to coordinate restrictions by companies. At a ministerial-level meeting in May, officials from Japan, the U.S. and the EU discussed ways to block takeover attempts that may lead to leaks of technology or intellectual property, with China in mind. Now administrative-level discussions are underway on issues such as what information should be shared among countries. If the U.S. and the EU reach an agreement, it will be the world's first international pact on takeover control.

Japan is equipped, to a degree, to take measures against unwanted takeover attempts based on the October 2017 amendment to the Foreign Exchange and Foreign Trade Act. If a foreign investor made a direct investment in a Japanese company without reporting to the government and it presented a risk of jeopardizing national security, the government could order the investor to sell the acquired shares.

On a fundamental level, the widespread suspicion of Chinese takeover attempts stems from the closed nature of the Chinese market. The country has imposed restrictions on foreign companies' entry and forced them to transfer their technology to local companies. Both the U.S. and the EU are frustrated about what they see as unfair competition. They may step up demands for China to open up its market.