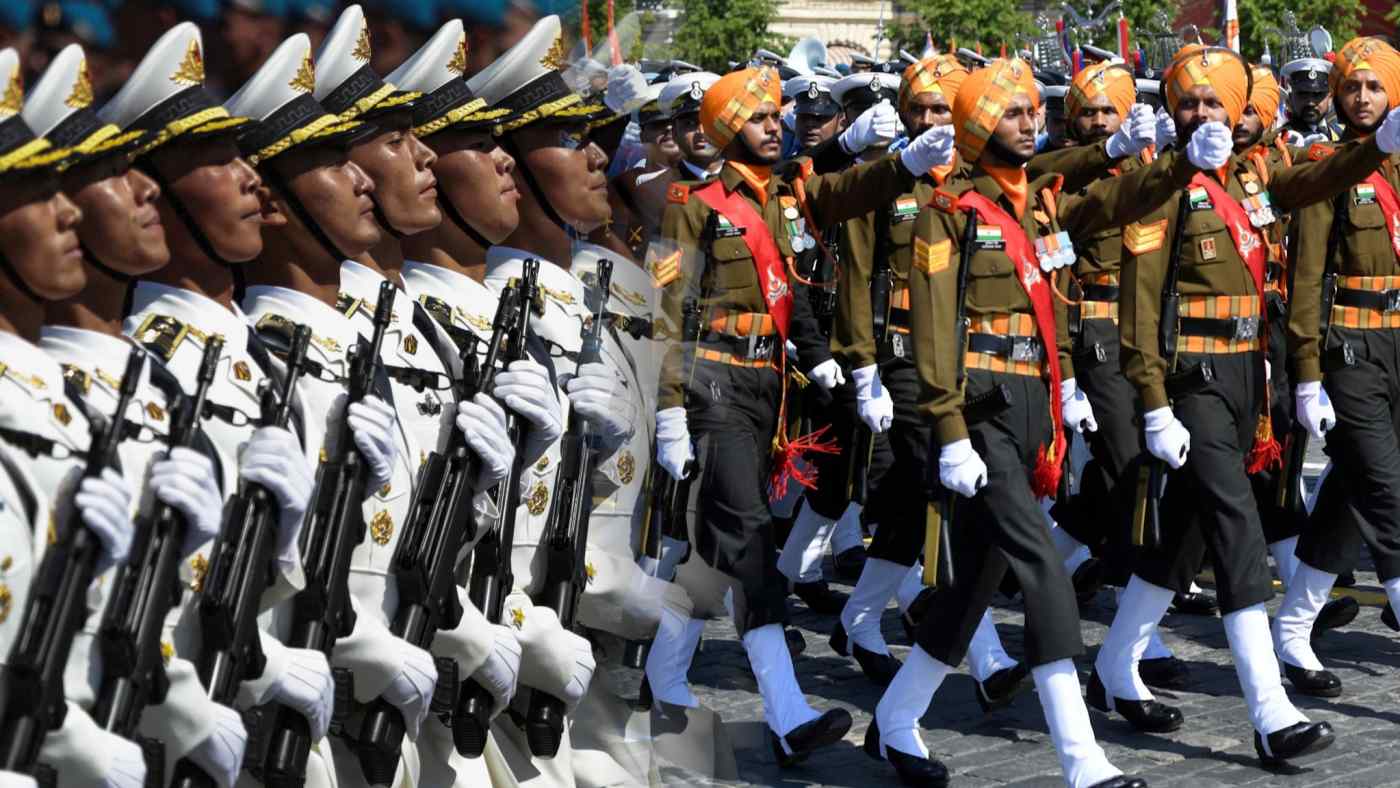 MOSCOW -- Indian and Chinese troops participated in Russia's Victory Day military parade in Moscow on Wednesday, a rare display at a time of rising tensions between the two Asian neighbors over a decades-old border dispute.

With Russian President Vladimir Putin watching from just outside the Kremlin walls, a Tri-Service contingent of the Indian Armed Forces marched through Red Square. Minutes later, a unit of the Chinese People Liberation Army's honor guard paraded by.