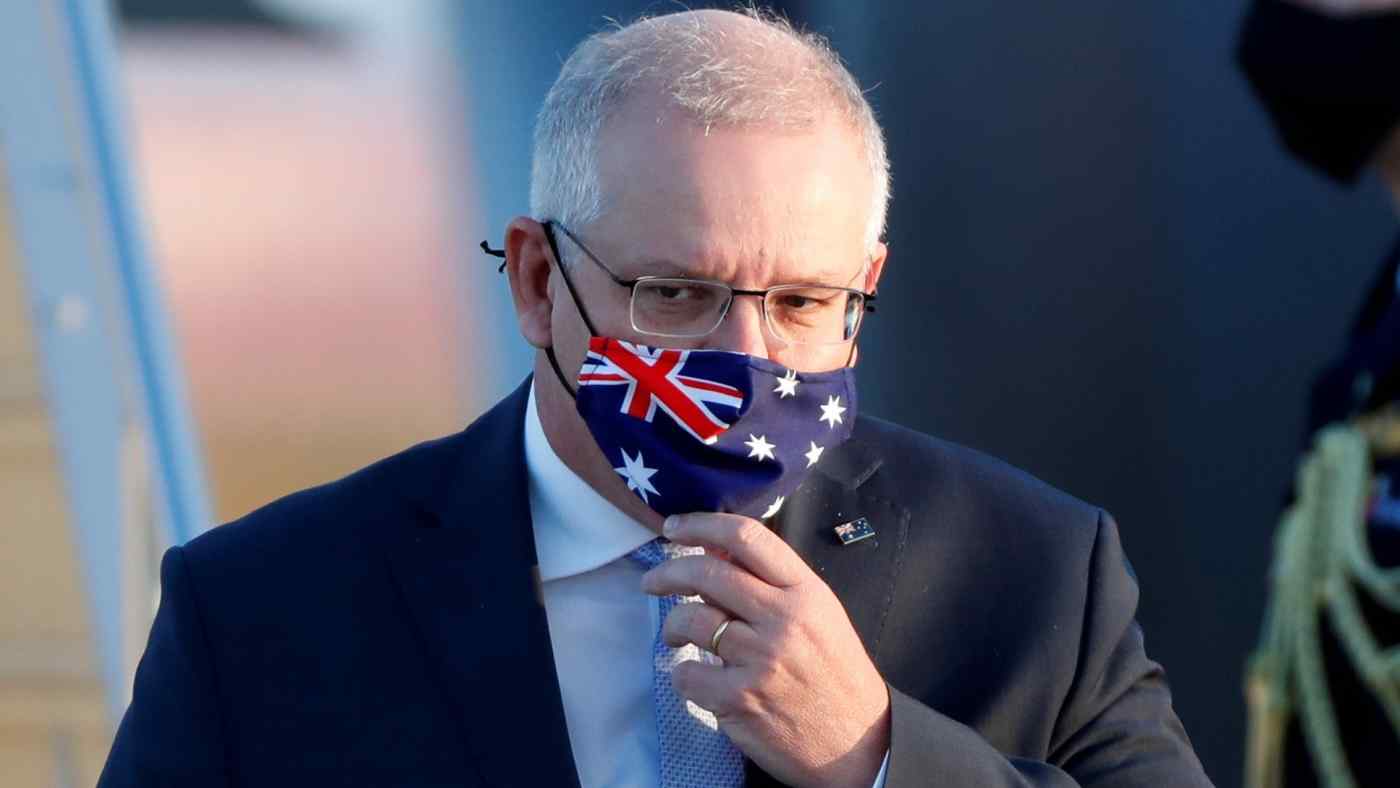 Scott Morrison said the latest diplomatic flare-up did not 'diminish our respect for and appreciation of the Chinese Australian community.'   © Reuters
December 3, 2020 23:26 JST | Australia
CopyCopied

The platform, which is owned by Chinese technology company Tencent, removed a post by Scott Morrison that contained a conciliatory message for the Chinese Australian community during a period of intense diplomatic tension between Canberra and Beijing.

The incident followed Australia's furious reaction to a Twitter post by a Chinese diplomat this week, which depicted an Australian soldier holding a knife to the throat of an Afghan child, a reference to a war crimes inquiry.

"The post of a false image of an Australian soldier does not diminish our respect for and appreciation of the Chinese Australian community, nor will it diminish our friendship with the people of China,'' Mr Morrison wrote on his personal WeChat account on Tuesday.

But WeChat removed the post late on Wednesday and replaced it with the standard message: "Unable to view this content because it violates regulations."

The warning said the post had been removed for "text, pictures, video, etc that incite, mislead or are contrary to objective facts, inventing issues of social interest, distorting historical events, or confusing the public".

WeChat is Tencent's flagship social media app with more than 1bn users, mostly in China. It combines messaging, online payments, news and a host of other functions in a single platform. It is the primary tool of communication for many ethnic Chinese people in Australia and the US.

The platform, as with all big Chinese social media companies, engages in widespread censorship of content deemed to undermine China's social stability or the authority of the ruling Communist party.

Some Australian commentators said the censorship of Mr Morrison's message to people living in Australia highlighted the need to regulate the influence of Chinese technology companies in the country.

They also pointed out that Twitter had refused a request by Canberra to take down the tweet by Zhao Lijian, a Chinese foreign ministry spokesman.

"There are issues around these Chinese companies controlling data, information and the political space and not allowing a level playing field for people to have a contest of ideas," said Fergus Hanson, a cyber security expert at the Australian Strategic Policy Institute in Canberra.

"We need to hold Chinese platforms to the same level of account as we do western companies and get them to disclose how they censor their platforms," he added.

Australian politicians have increasingly turned to WeChat to reach the 1.2m people of Chinese descent who live in the Pacific nation.

Mr Morrison declined to comment on Twitter's refusal to remove the tweet by Mr Zhao and WeChat's censorship of his post, saying: "I'll leave that for them to explain their actions and I'll leave WeChat to make an explanation of their actions if they choose to make one."