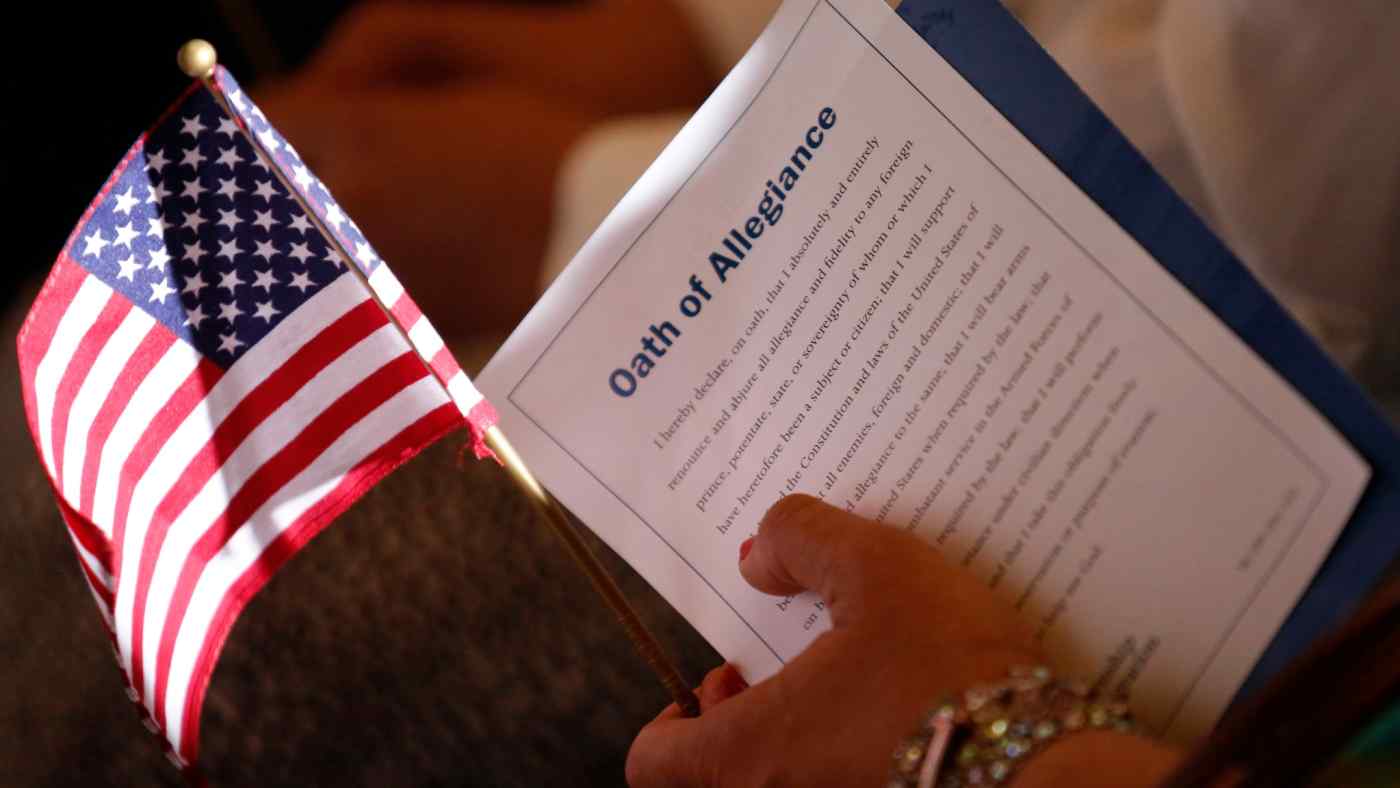 An immigrant holds a copy of the oath of allegiance during a naturalization ceremony at the National Archives in Washington.   © Reuters
NIKKI SUN and COCO LIU, Nikkei staff writersNovember 11, 2018 21:19 JST | China
CopyCopied

HONG KONG -- By threatening to take away the constitutional guarantee of American citizenship for anyone born in the U.S., President Donald Trump has stirred international unease among couples dreaming of giving birth to children on American soil.

The threat was to revoke the guarantee by executive fiat. But birth tourism enthusiasts remain undaunted. Trump made the statement in the run-up to one of the most heated election campaign seasons in modern U.S. history, one in which his Republican Party used immigration issues to stir up voter anger.