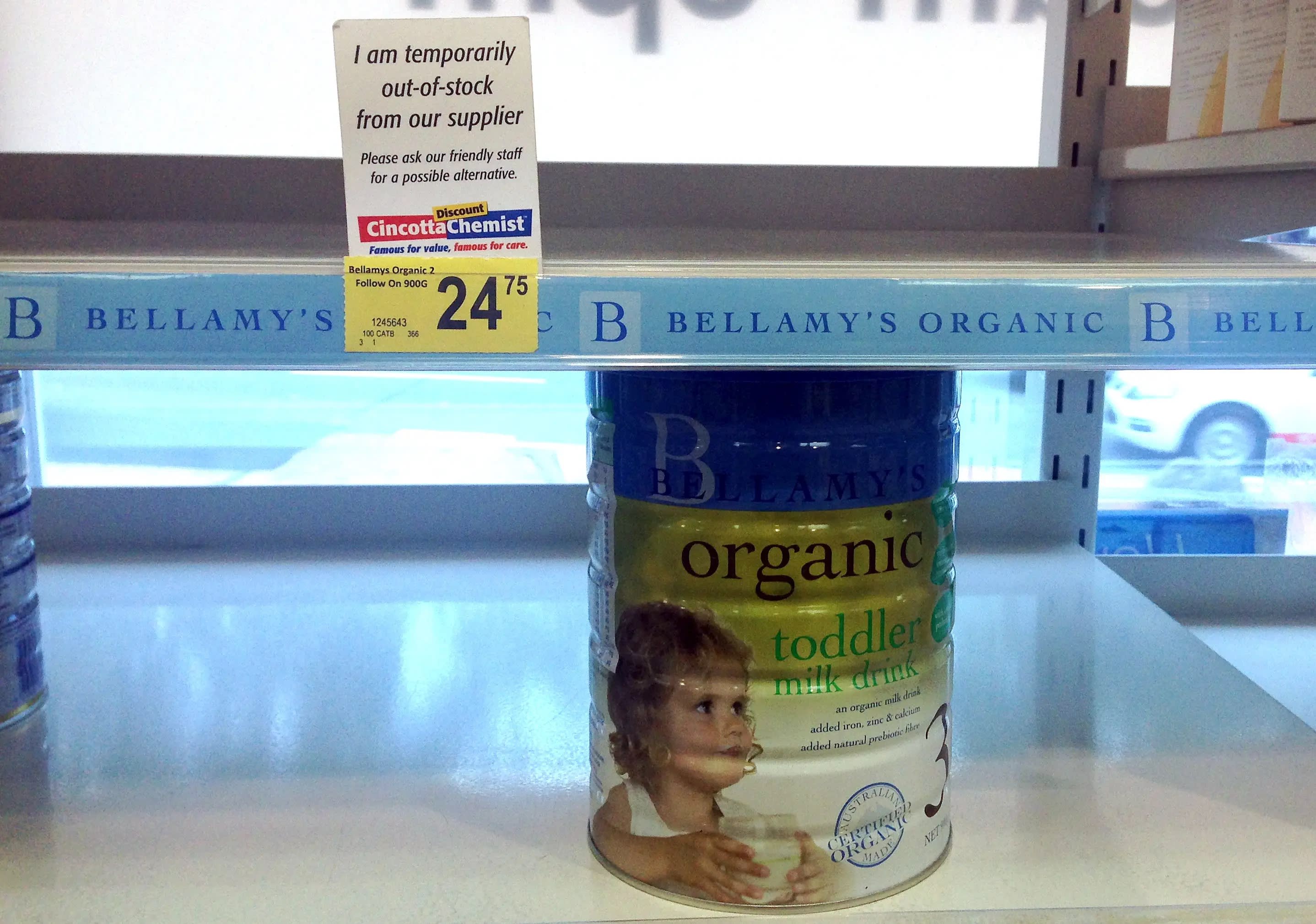 SYDNEY -- China's insatiable demand for Australian formula milk has turned some middle-class suburbs in Sydney into hotbeds of petty crime.

Police in this sprawling city are used to seizing illegal stashes, from methamphetamine to stolen luxury goods. But one raid in the genteel suburb of Carlingford last August took them onto new ground. On the premises of a family that operates a modest convenience store selling newspapers, magazines and stationery, they found 4,000 1-kg tins of formula milk.

"Not the usual white powder," one veteran detective sergeant involved in the raid told the Nikkei Asian Review. Police have arrested five people, the latest a 31-year-old member of the family as he stepped off a flight from China on Jan. 19.

The exposure of this baby formula operation, allegedly built on a network of organized citywide thefts, highlights Chinese consumers' suspicions about the safety of local-branded foods and medicines, even 15 years after 13 babies died from drinking Chinese-produced formula bulked up with melamine.

To this day, many Chinese parents are still prepared to pay around 100 Australian dollars ($72) extra for a tin of formula they know to have come from Australia, where it costs just A$25 to A$35.

This has spawned a trade Chinese call daigou, which translates as proxy purchase. Chinese-Australians or Chinese students buy up small quantities of formula, or vitamins and Manuka honey which is thought to have health benefits, and send them by post or courier to customers in China contacted on social media, along with receipts to show proof of purchase in Australia.

It's most visible in one of about five outlying Sydney areas that have become heavily populated with Chinese people. The social fabric of these former white-bread Sydney suburbs like Hurstville or Epping have been transformed by recent waves of immigrants and international students.

Their shopping centers typically have several one-stop stores for daigou traders from where they can buy a range of popular Australian products that they can then pack and send by airfreight to China at cheap, bulk rates of about A$6 a kilogram.

Most of the time, these packages are delivered through Chinese customs without problem, a staffer at the Green Season Gift Shop in Hurstville said. "There are random checks," he said."But in general, if the value is below A$200 they don't bother."

The most sought-after brands for formula milk are Bellamy's Organic and a2, said the manager of Mr. Vitamin, a large shop that sells formula as well as natural extracts ranging from shark cartilage to propolis, a substance produced by bees that coat their hives. Customers are only allowed to buy two tins of either of these brands in Australia's big supermarket and pharmacy chains. "But they keep coming back, to buy two more, or send someone else," said a security guard who checks bags at the exit of the Chemist Warehouse store in Hurstville.

Runs on these premium brands periodically give rise to scare stories in some Australian media about shortages. While the shelves at Coles supermarket were empty of Bellamy's Organic and a2 Platinum during a visit to Hurstville last week, other brands like Nestle and Aptamil were in plentiful supply.

While daigou isn't illegal, police alleged that the Carlingford family they busted had put word out that they would pay cash for formula, which left to a surge in thefts across Sydney. Supermarkets and drugstores reported a rash of thefts by early last year. These usually involved the thieves creating a diversion at checkout while an accomplice made away with the stolen tins.

The family was able to amass enough formula, honey and vitamins to ship to China by container-loads. The five were arrested and charged with receiving stolen property and group criminal activity and are out on bail pending hearings for possible trials.

"They were stealing the milk from the mouths of babies," was how Detective Superintendant Daniel Doherty put it to reporters after the latest arrest. Police say a number of the thieves assisted in the prosecution of the alleged ringleaders.

The Australian dairy industry is, nonetheless, thankful for the daigou traders who pay for their products and onsell them. These traders have built up brand recognition inside China for the top infant formula brands, as well as for leading brands of vitamins and health foods.

The task now for Australian producers is to capture some of the profits that they can make from selling in China. They are establishing regular supply chains, using tie-ups with Chinese supermarket chains and e-commerce platforms like JD.com and Alibaba Holding Group's Tmall, but also on the watch to clamp down on counterfeit products.

In the year to June 2018, a2 Milk Company reported a 84% annual jump in sales at A$923 million, of which A$234 million was accounted for by China and A$657 million by Australia. "A lot of the Australian sales end up in China," said Peter Nathan, a2 chief executive for the Asia-Pacific region.

"The daigou have certainly been beneficial to our business," Nathan said. "We believe that there's a very positive dynamic which stimulates trade for Australia and provides security for Chinese consumers."