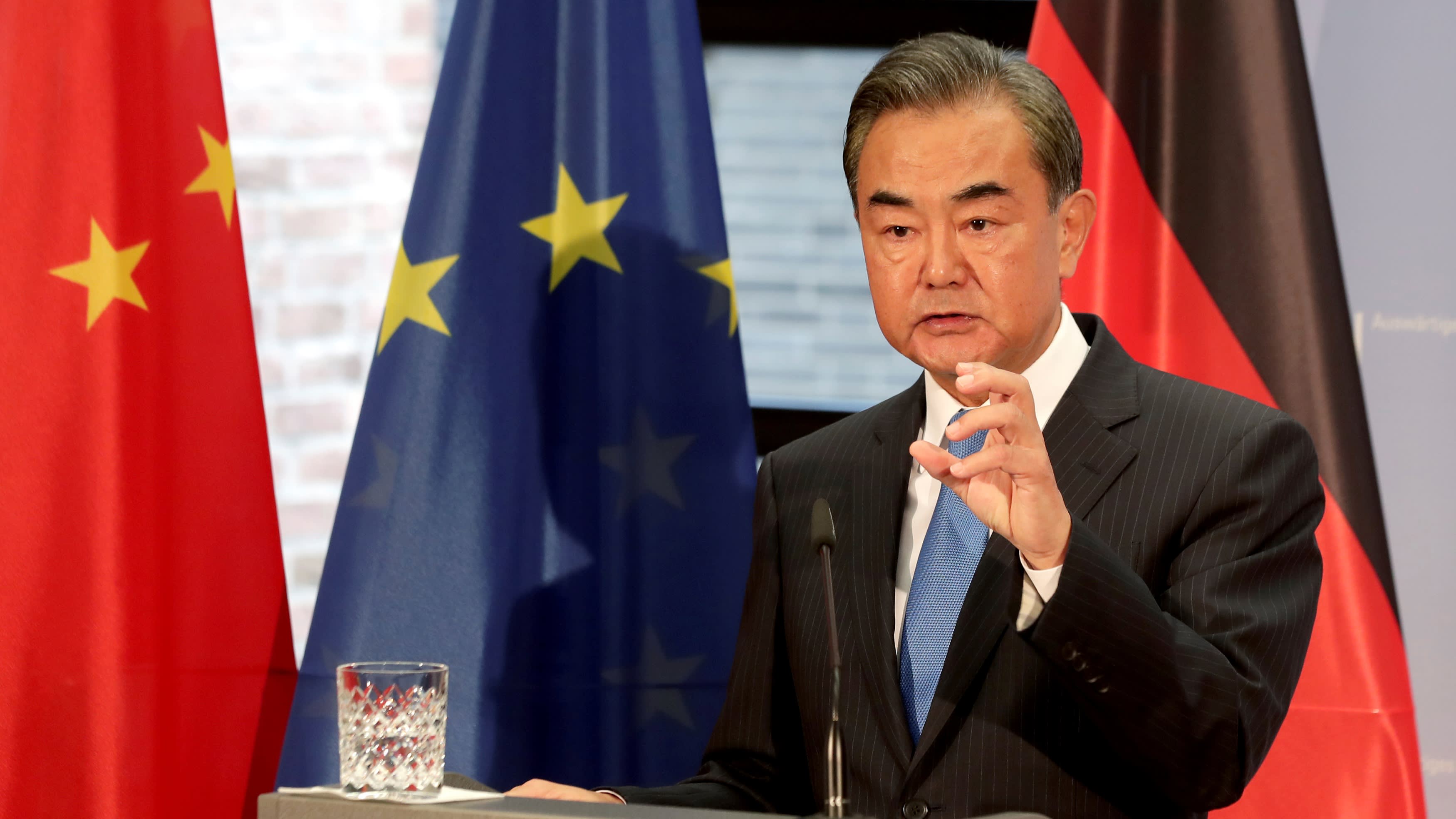 TOKYO (Kyodo) -- Chinese Foreign Minister Wang Yi will visit Japan from Tuesday as the neighboring countries look to put their political differences aside to revive their coronavirus-hit economies by resuming business travel.

"There are various matters of concern between Japan and China and it is important that we resolve them one by one through high-level meetings," Foreign Minister Toshimitsu Motegi, who announced Wang's visit, told a press conference on Friday.

Wang, also a state councilor, will be the highest-ranking official from Beijing to visit Japan since its top diplomat Yang Jiechi came to Tokyo in late February.

In addition to talks with Motegi on Tuesday, Wang is expected to meet with Japanese Prime Minister Yoshihide Suga during his two-day trip, according to Japanese officials.

"We had the most number of tourists and visitors from China before the outbreak of the novel coronavirus virus. I want to have thorough discussions about ways to resume travel while taking infection prevention measures," Motegi said.

The rescheduling of a state visit by Chinese President Xi Jinping to Japan is unlikely to be discussed in the talks with Wang because "now is a time to prioritize measures against the novel coronavirus," Motegi said.

Xi's first state visit to Japan since he became president in 2013 was originally planned for around spring this year but was put off due to the pandemic.

Among major political issues, Japan has repeatedly expressed concerns about and opposition to China's attempts to undermine Tokyo's control of the Senkaku Islands in the East China Sea and its aggressive posturing in the South China Sea.

But economically, Japan hopes to resume exchanges with China, its biggest trading partner. The two countries have been in talks since July to restart reciprocal short- and long-term business trips.