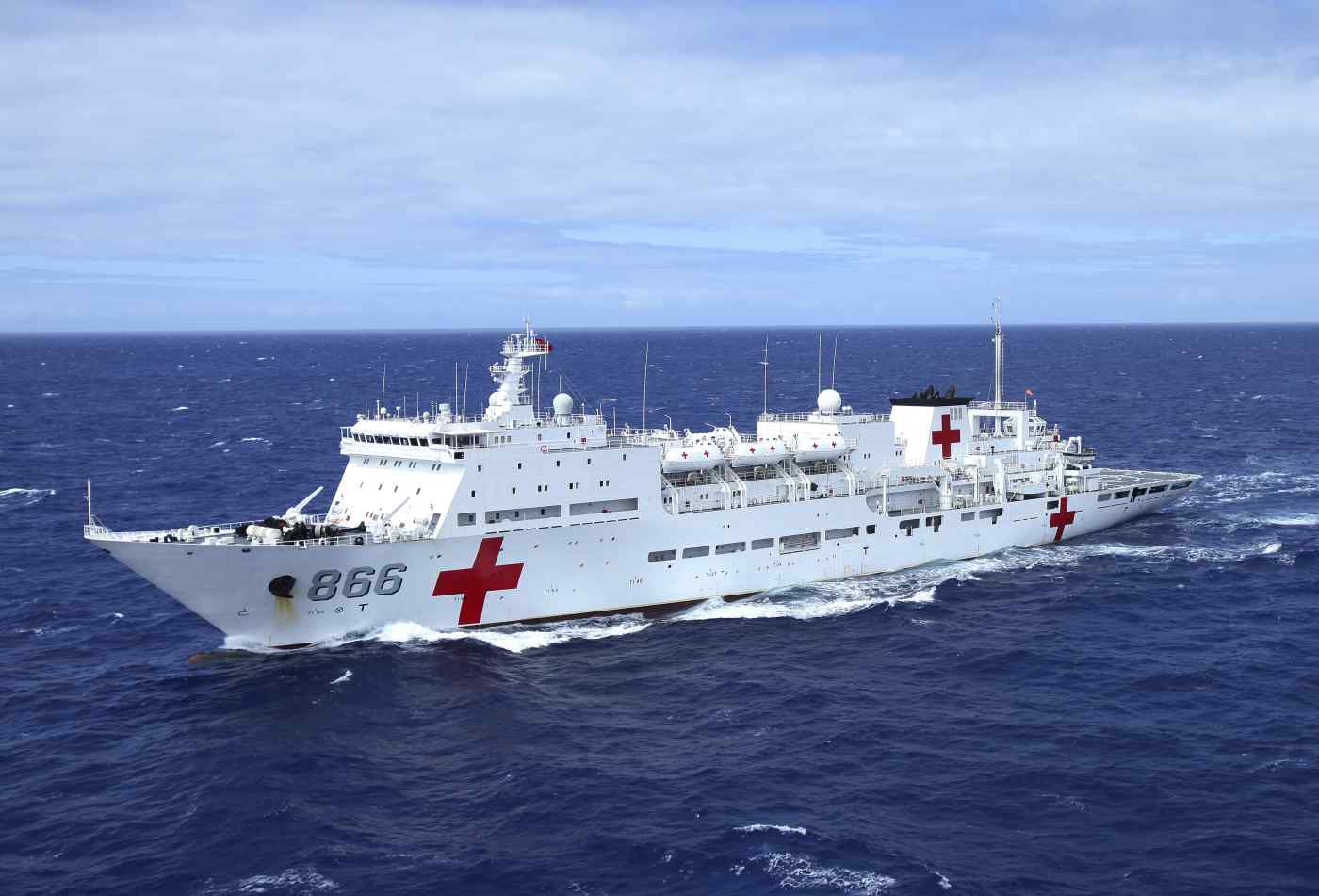 AUCKLAND -- China's latest instrument of soft power in the South Pacific is a 14,000-ton hospital ship.

The Peace Ark, which carries more than 100 medical professionals, has made port calls recently at Papua New Guinea, Vanuatu and Fiji, and will head next week to Tonga. It provided free treatment to more than 4,000 people in the Papuan capital of Port Moresby and nearly 4,700 in Vanuatu.

The ship even skirted around the Solomon Islands, one of fewer than 20 nations that still recognize Taiwan, in another show of Beijing's political swagger.

China is also building large embassies in the South Pacific and installing infrastructure such as undersea cables. But Australia -- long the dominant power in the region -- is pushing back against what it perceives as Chinese political interference and investment in sensitive areas.

Ties between Canberra and Beijing have never been worse. Australia and New Zealand plan to call for a formal declaration that pushes back against Chinese influence at next month's 18-nation Pacific Islands Forum in Nauru -- a meeting backed by Taiwan.

Taiwan may also become an issue in the South Pacific, with islands there being courted by China to swap allegiance from Taipei to Beijing. Of the 18 countries that recognize the Taiwanese government, six are in the region -- Kiribati, Nauru, the Solomon Islands, the Marshall Islands, Palau and Tuvalu.

Australian Foreign Minister Julie Bishop in June expressed concern about Pacific islands entering financial arrangements with China that would be "detrimental to their long-term sovereignty."

Samoan Prime Minister Tuila'epa Sailele hit back at Bishop, complaining of "that woman in Australia" talking about how leaders in the Pacific are being corrupted by Chinese aid.

"When we started talking about rebuilding our parliament building, the Australians offered to build it, but now we are having to finish it with our own funds. The Chinese don't work like that," Tuila'epa said last week.

Chinese Foreign Ministry spokeswoman Hua Chunying has said that her country respects the people and governments of these island countries, and that Beijing only provides help when it is needed.

While still trailing Australia, China has become the second-largest aid donor in the South Pacific, according to figures published Thursday by the Lowy Institute, a Sydney-based think tank. "Peace Ark is a smart tool for China to showcase its benign capabilities," Graham said. He added that Australia and New Zealand are concentrated on improving health sector capacity in the islands, and their navies could help in disasters, "but it's not their function to supplement health services."

Auckland-based Paul Buchanan, a former U.S. intelligence and defense policy analyst, said that the Peace Ark is a type of military vessel with a "fairly large displacement that can pave the way for forward basing or at least regular port visits."

The visit next week to Tonga will put the vessel in sight of a new Chinese embassy whose size and staff numbers appear to be disproportionate to the influence of the nation and its population of 107,000.

One of the Chinese contractors said in a Facebook post that the complex contained "offices, accommodations and facilities." 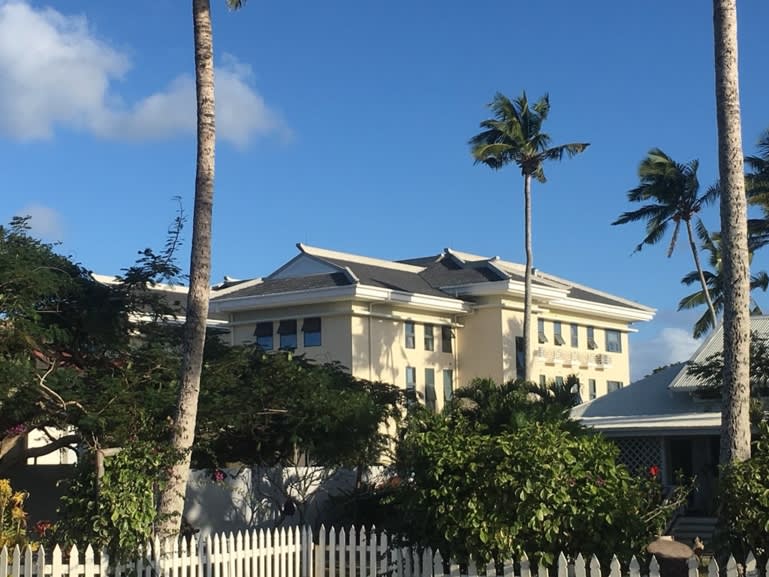 The new Chinese embassy in Tonga. (Photo by Virginie Dourlet)

"It simply appears that the complex is much larger than the usual diplomatic and consular activities of the embassy would require," Gonschor said. "With its huge size, the complex appears to be meant have some kind of regional significance that goes beyond just Chinese activities in Tonga."

Neither the contractor nor the Chinese Embassy responded to emails asking for comment.

The undisclosed cost of both the Peace Ark visit and the new embassy stands in contrast to Beijing's hard line in insisting that Tonga repay a $119 million loan it received from China after riots in 2006 destroyed the capital's central business district.

Prime Minister 'Akilisi Pohiva has been trying to get repayments deferred, but last month he said the country is repaying the loan now despite a cash shortage.

In 2013, before becoming prime minister, he said that as a result of Tonga's failure to repay the loan, China could ask the country to allow it to establish a naval base on the island.

The prime minister noted that the tiny country has little choice in the matter, and if Tonga defaults on the loans, China could make the decision for it. "Whatever China will need Tonga to do, that's what will happen," he said.