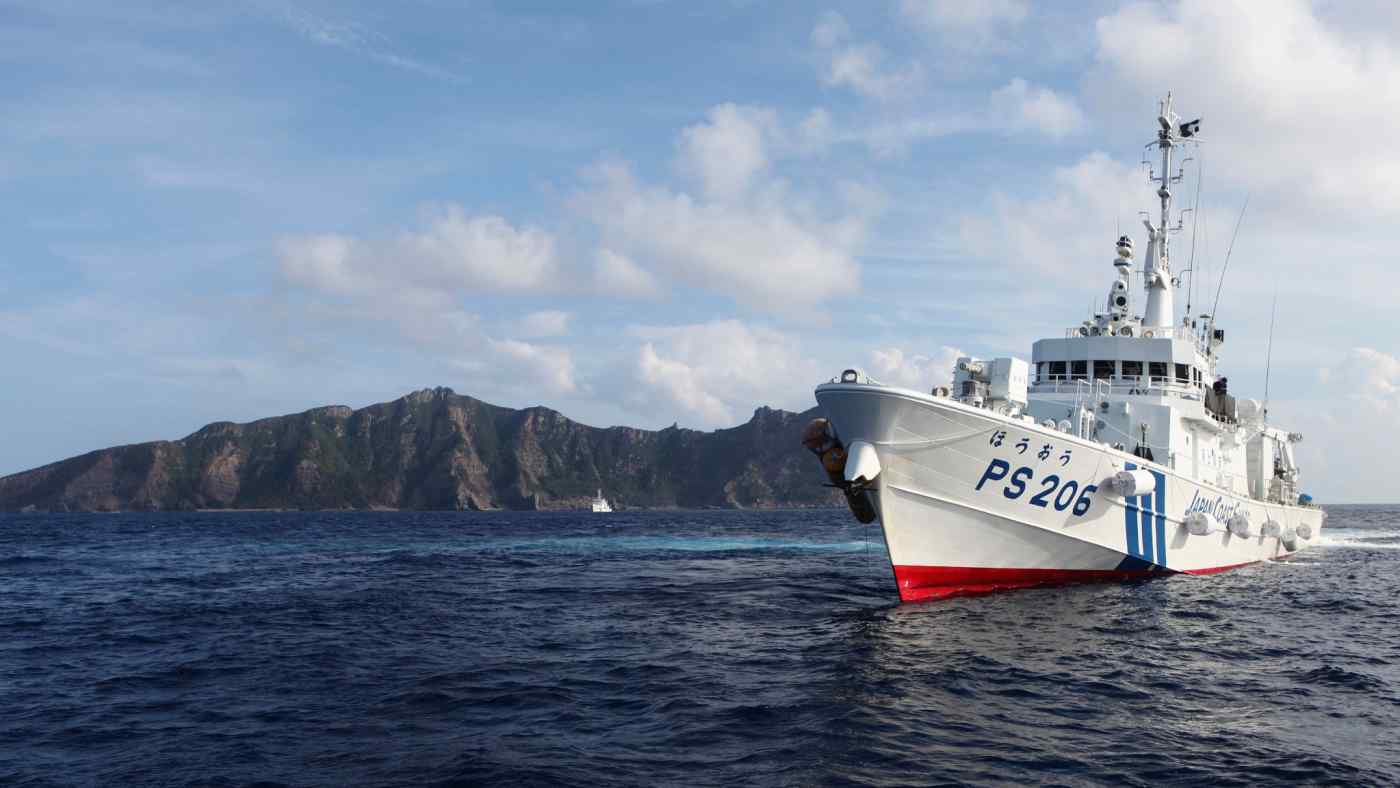 The Japanese coast guard ordered the Chinese vessels to leave the waters and deployed a patrol ship to safeguard the fishing boat, whose three crew members were unhurt during Friday's incident.

A total of four China Coast Guard ships were in Japanese waters around the Japanese-controlled islets, claimed by China, for about two hours from 4 p.m. Friday.

Two of the four pursued the Japanese boat, which was about 12 km southwest of Uotsuri Island, at around 4:50 p.m.

It was the first encroachment by Chinese ships into Japanese waters around the uninhabited Senkaku Islands since April 17. Two of the four Chinese Coast Guard vessels entered Japanese territorial waters again from around 6 p.m. Saturday, according to the coast guard.

Beijing has been sending official vessels close to the islands, known as Diaoyu in China, in an apparent attempt to assert its control of them.

The islets are also claimed by Taiwan, which calls them Tiaoyutai.