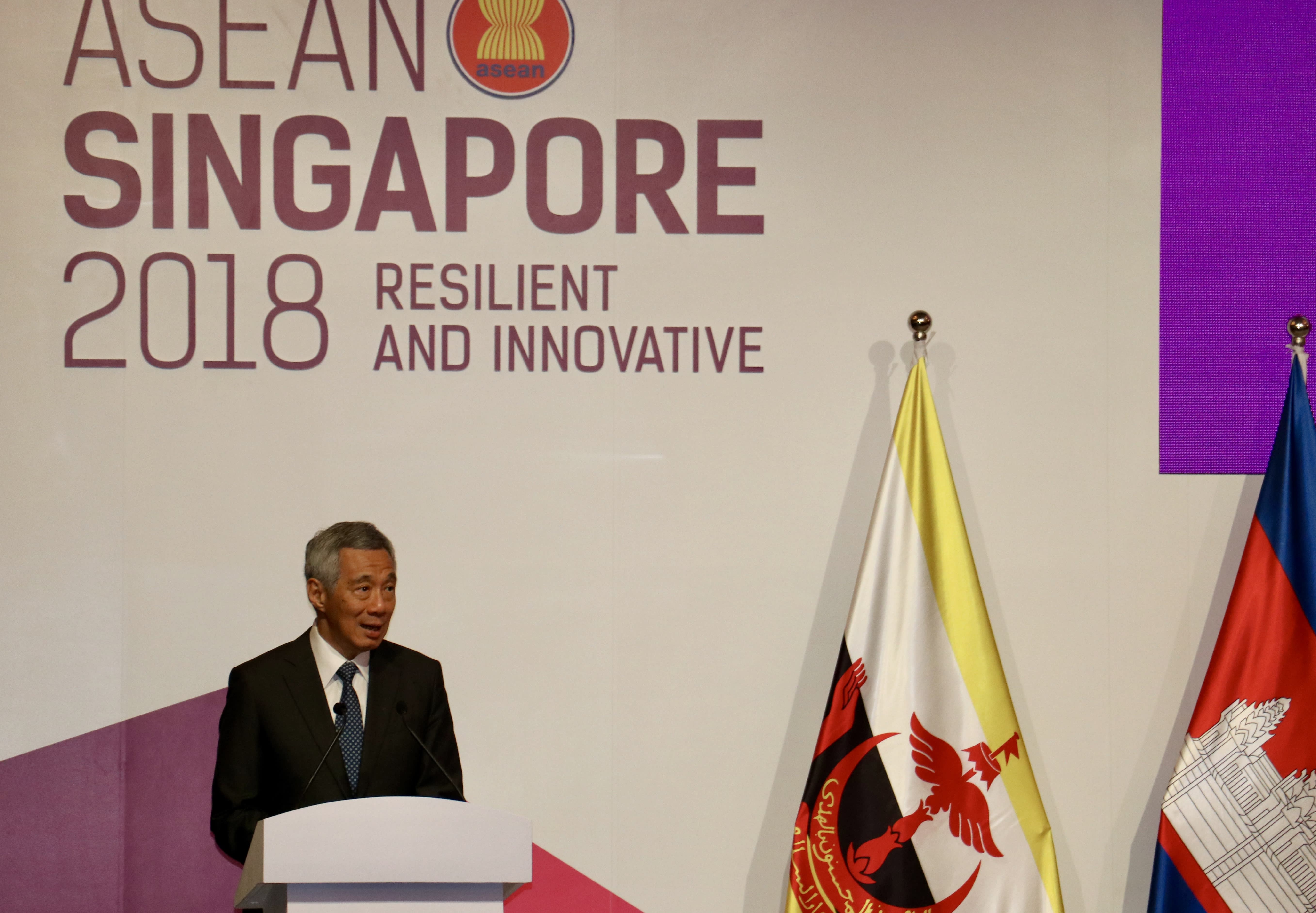 SINGAPORE -- Members of the Regional Comprehensive Economic Partnership, a proposed free trade group encompassing 16 Asia-Pacific countries, will hold ministerial meetings in Singapore on Thursday and Friday, aiming to wrap up a deal by the end of the year.

The focus will be on whether the members can reach a broad consensus, paving the way for a November summit in Singapore, which is also chairing the Association of Southeast Asian Nations this year.

"After a great deal of work, the possibility of substantively concluding the RCEP negotiations is finally in sight," said Singapore's Prime Minister Lee Hsien Loong at the opening of the meeting on Wednesday. "I encourage RCEP countries to take a long-term view, keep up the momentum, engage constructively, and with maximum flexibility, so that we can deliver a high quality RCEP agreement this year," Lee said.

RCEP comprises the 10 ASEAN countries, plus Japan, China, South Korea, India, Australia and New Zealand. Together they account for about one-third of global gross domestic product and half the world's population. RCEP was proposed by ASEAN and seeks to integrate the group's bilateral trade agreements into a single free trade framework covering much of Asia.

The members held their first round of negotiations in 2013. At the recent get-together in Tokyo last month, they agreed to try to conclude a deal by the end of 2018.

The members are negotiating in 18 areas, of which four have been agreed so far: Economic and technical cooperation, small and medium-size enterprises, customs procedures and trade facilitation, and government procurement.

This week's meeting takes place against the backdrop of an escalating trade war between the U.S. and China, as the world's two biggest economies hit each other with $16 billion in new import tariffs last week.

RCEP members hope to maintain momentum for free trade through their new grouping. "RCEP will be an important signal to the world that ASEAN members and our partners place high value on free trade, regional integration and international cooperation," Lee said.

Earlier this year, seven of the 16 RCEP members also signed the Comprehensive and Progressive Agreement for Trans-Pacific Partnership, another trade framework also known as the TPP-11. That has spurred the RCEP talks along.

However, RCEP will face hurdles in the next few months. Rules governing 14 of the 18 areas under discussion -- including trade in goods, competition, investment, intellectual property and e-commerce -- have yet to be agreed. And there are major differences among members. India, for example, appears reluctant to open its market to large countries such as China. The members also have different ideas regarding how strict the rules should be. More developed members prefer demanding standards.

"Given the diversity of RCEP's members, we all have to make trade-offs and compromises," Lee said Wednesday. The participants are expected to give a progress report after this week's talks are concluded.