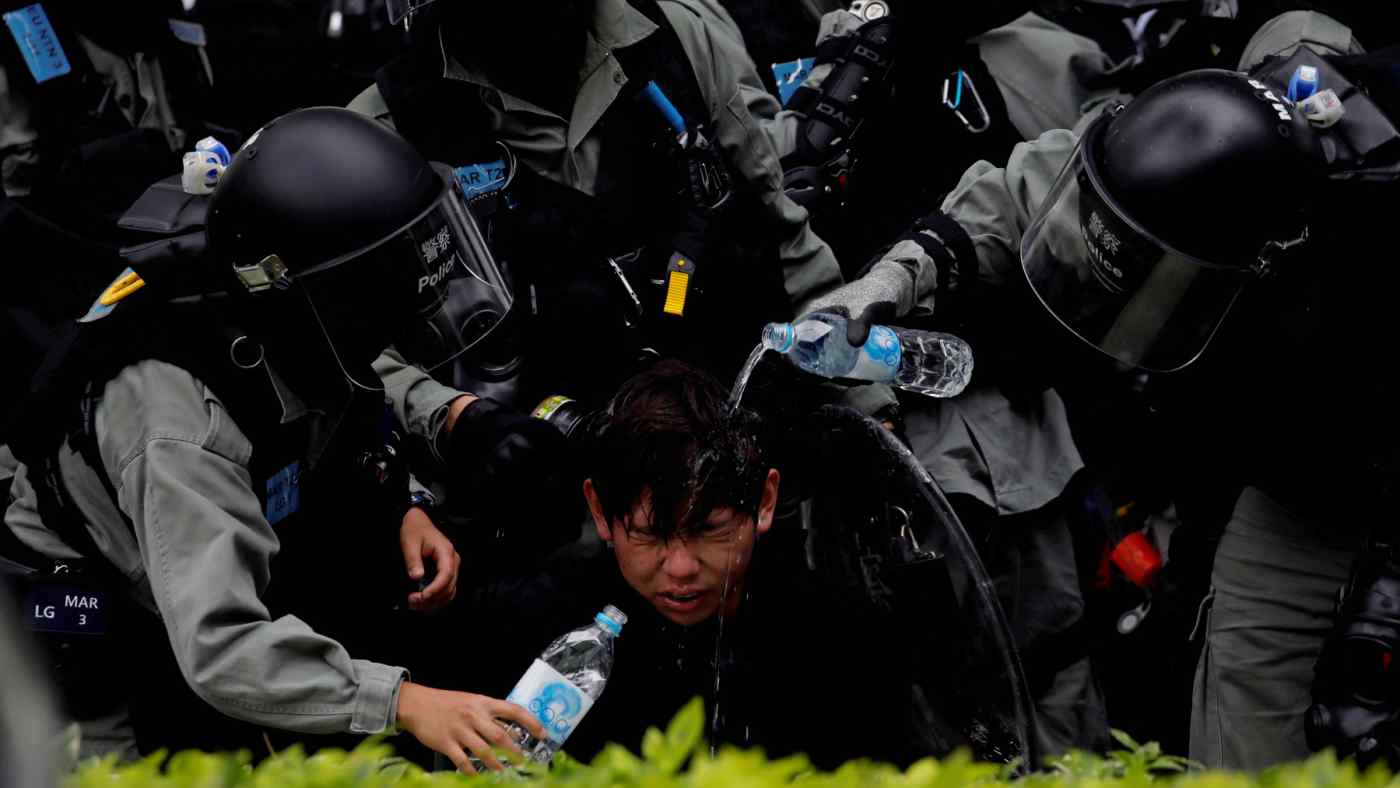 Riot police pour water on the face of an anti-government protester who was pepper-sprayed while getting detained after an anti-parallel-trading protest at Sheung Shui, a border town in Hong Kong, on Jan. 5.   © Reuters
MARRIAN ZHOU, Nikkei staff writerJanuary 9, 2020 01:20 JST | China
CopyCopied

NEW YORK -- With the partial Sino-American trade deal yet to be signed, U.S. Sen. Marco Rubio and other China watchers in Congress are reminding the Trump administration of Beijing's increasingly autocratic bent.

"Rising authoritarianism in China is one of the most important challenges of the 21st century," wrote the bipartisan Congressional-Executive Commission on China in its 2019 annual human rights report out Wednesday. "In the coming decades, global challenges will require a constructive Chinese role that respects and elevates the voices of over 1.3 billion people in China instead of suppressing them." The commission is led by Republican Rubio and Democratic Rep. Jim McGovern.