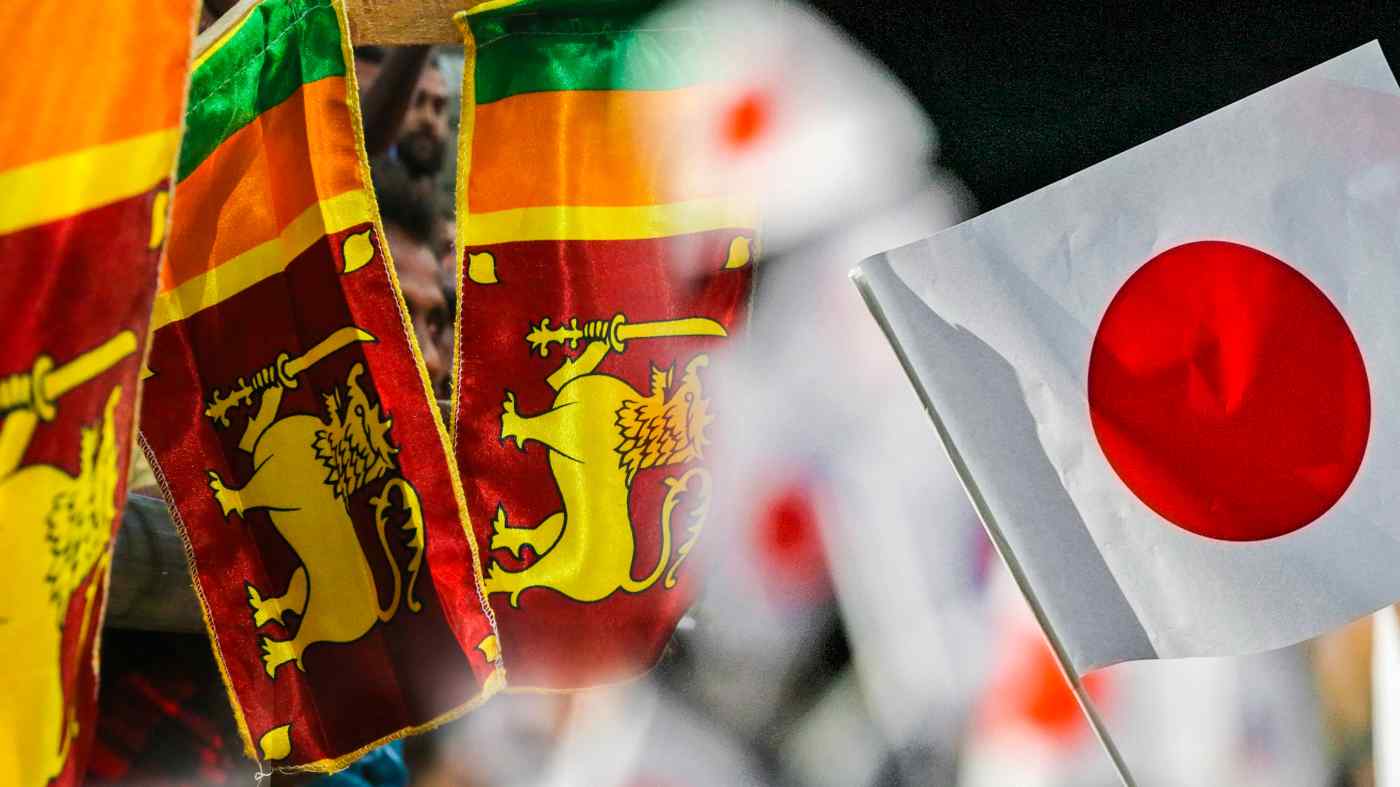 COLOMBO -- Sri Lanka's central bank has turned to Japan to bolster the debt-ridden South Asian island's flagging international reserves. It is putting the final touches on a plan to issue $500 million in samurai bonds, marking the country's first foray into the Japanese market.

The yen-denominated bond issue got a shot in the arm after the Japan Bank for International Cooperation agreed to give a 95% guarantee following negotiations with Sri Lanka's central bank. The Sri Lankan government has approved three companies -- Mizuho Securities, SMBC Nikko Securities and Mitsubishi UFJ Morgan Stanley Securities -- as lead managers for the sale.

"The clincher for the samurai bond is JBIC giving a guarantee," said a person in the financial industry familiar with the matter. "This is the first time Sri Lanka is benefiting from such a third-party guarantee."

Sri Lanka has received government-to-government loans from Japan for decades, with much of the money going to infrastructure projects such as upgrades to Colombo's port. Japan holds 10% of the country's $55 billion in foreign debt, a share now matched by China, whose loans for a spate of big new projects have virtually made China Sri Lanka's development banker.

The year began with Sri Lanka securing $2.4 billion from the overseas bond market, which helped lift its foreign reserves to $8 billion. By the end of October, however, they had fallen to $7.8 billion, according to the latest data from the central bank.

Alarm bells are already ringing over the country's rising public debt, which is estimated at 83% of gross domestic product. This includes a level of foreign debt among the highest in South Asia. And the clock is ticking: Sri Lanka faces $17 billion in maturing foreign loans and debt servicing between 2019 and 2023.

"The massive debt is the mother of all problems we have," said Murtaza Jafferjee, managing director of JB Securities, a financial consultancy in Colombo. "The only way to get out of the mess is [for] the GDP to grow faster than debt growth."

But the country's economic indicators leave little ground for optimism. Sri Lanka's $88 billion economy is due to grow by only 2.7% this year, according to a World Bank forecast, compared with 5.9% growth for South Asia as a whole.

Analysts say Sri Lanka's economy remains anemic due to its weak exports and foreign direct investment. Data for the first half of the year highlights the country's stubborn trade deficit: Its exports totaled $5.9 billion, while its imports reached $9.5 billion, though the latest six-month deficit of $3.5 billion was an improvement on the $5.7 billion deficit for the same period in 2018 and $4.7 billion in 2017. 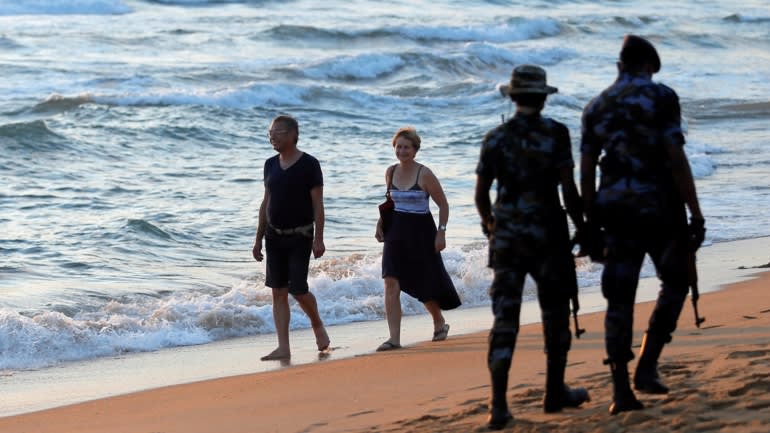 Tourists walk on a beach as Sri Lanka's military patrol the area as part of security measures after the Easter Sunday bomb attacks on hotels and churches in Colombo on July 30.   © Reuters

Confidence in the economy has also been shaken by volatile politics. Late last year a constitutional crisis erupted, exposing a bitter feud within the coalition government. And on Easter Sunday, in April, the country was hit by its worst terrorist attack in a decade, with more than 250 killed, many of them Christians, and 500 injured. The attack took the wind out of the tourism sector's sails.

These troubles have increased Sri Lanka's dependence on the International Monetary Fund. This month the fund completed its sixth review of the Sri Lankan economy under its Extended Fund Facility. That gave the country access to a four-year, $1.6 billion loan.

"A fresh program, averaging every four to five years, also suggests that reforms have not stuck ... possibly owing to the fact that the Sri Lankan economy has not undergone a deep economic crisis that necessitated shock therapy," Weerakoon said.

But the IMF's latest prescription for reducing Sri Lanka's debt -- raising taxes and cutting spending -- has sapped consumption. Meanwhile, rising inflation has dampened economic sentiment. "Costs went up, consumption went down. It killed the goose that lays the golden eggs," said Prabodha Samarasekera, head of NDB Wealth Management. "Cutting costs in Sri Lanka needs to be done [over] the long term; it cannot be done short term because a rush will have political repercussions."

But Sri Lanka may have few options in navigating the looming debt crisis, Indrajit Coomaraswamy, governor of the central bank, warned at a public forum this month. "There's a clear path that one has to follow. If one deviates, then we won't be able to raise money and we will face a risk of severe austerity," he said. "I mean, it's basically a Greece-like scenario."