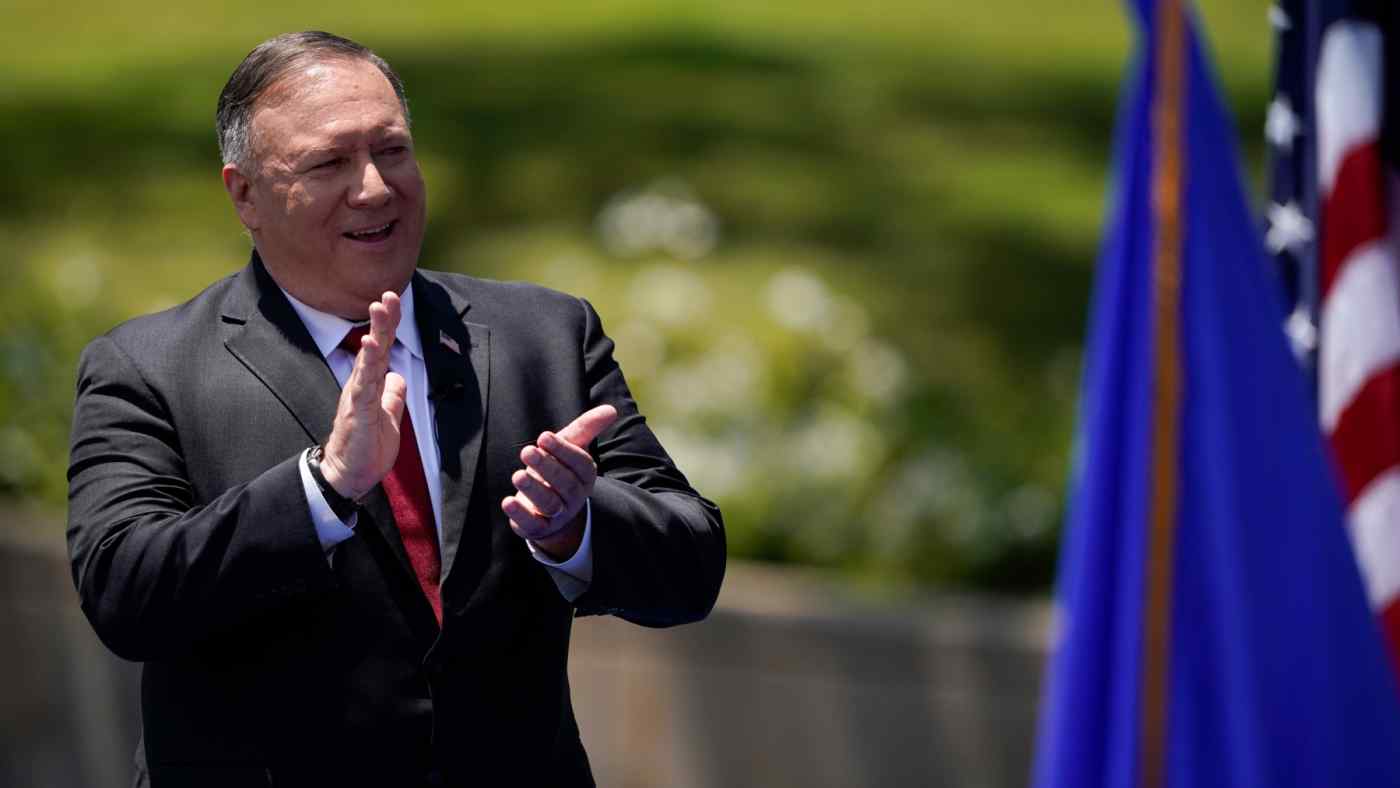 NEW YORK -- Washington should adopt "distrust and verify" as a mantra when dealing with Beijing, U.S. Secretary of State Mike Pompeo said in a hard-hitting speech Thursday, repurposing a Soviet-era strategy that helped end the Cold War.

"President [Ronald] Reagan said that he dealt with the Soviet Union on the basis of 'trust but verify,'" Pompeo said in a speech at the Richard Nixon Presidential Library in Southern California. "When it comes to the CCP [Chinese Communist Party], I say we must distrust and verify."