Abstentions and 'no' votes jump after push by Moscow and Beijing 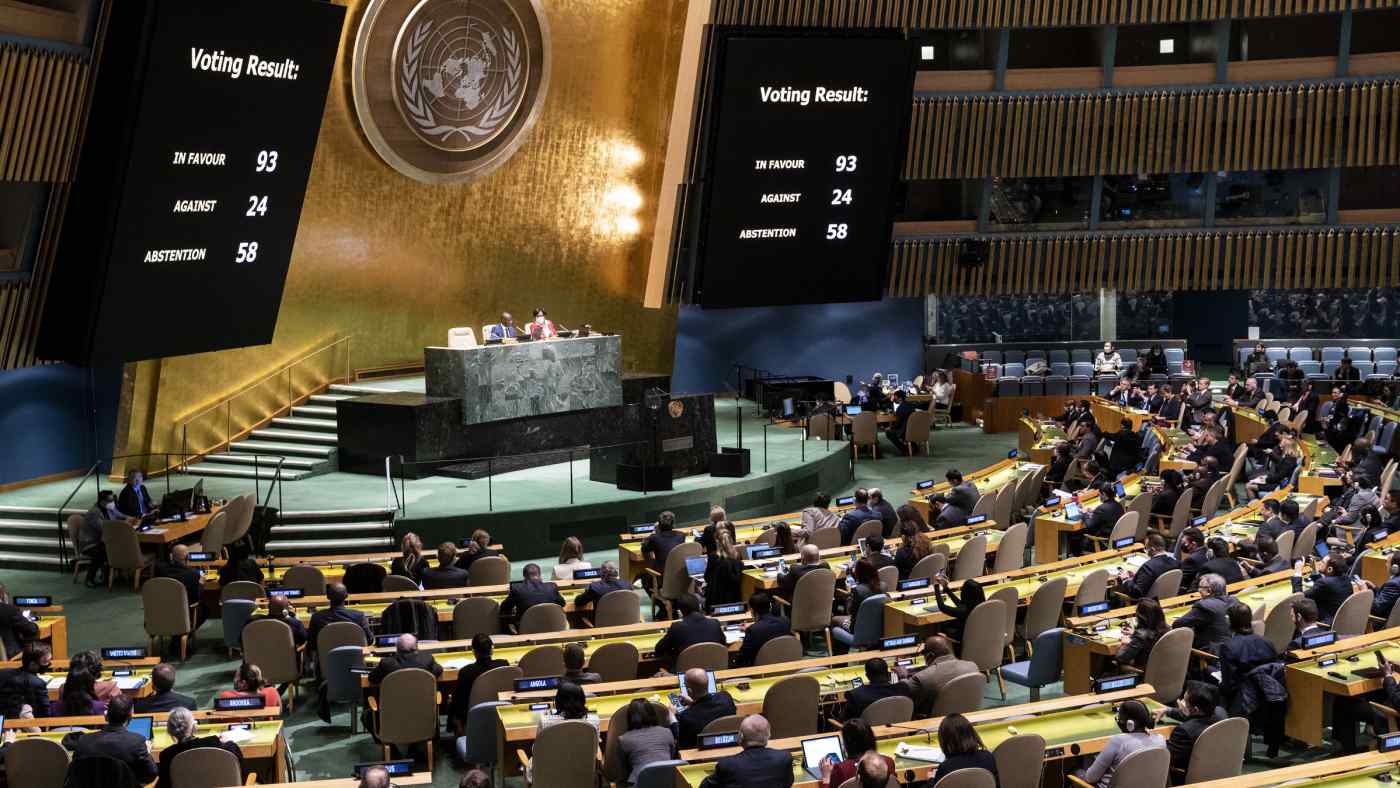 Ninety-three members of the General Assembly voted for the resolution, which removed a permanent member of the Security Council from a U.N. body for the first time. But abstentions and "no" votes totaled 82 -- far more than during previous resolutions related to the invasion of Ukraine.