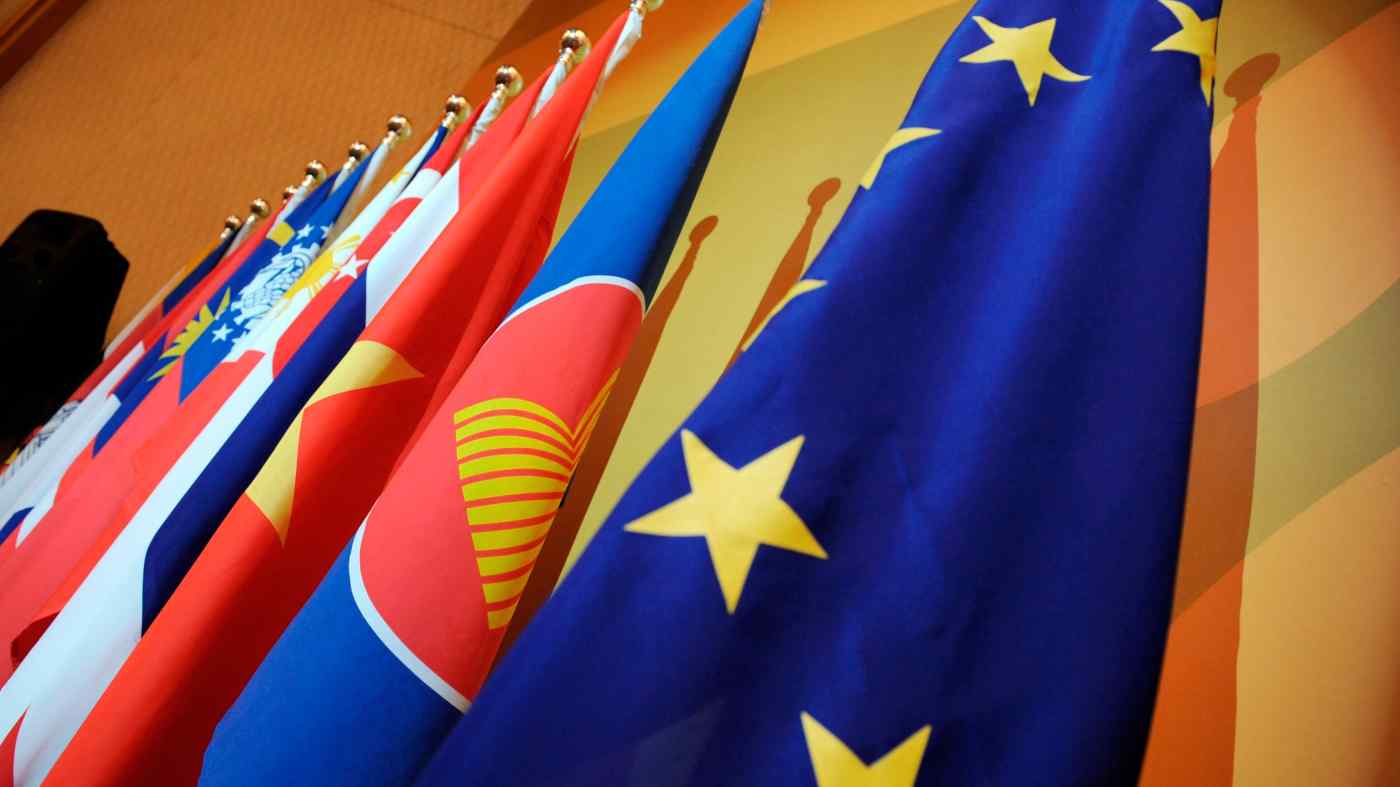 Past summits between the European Union and ASEAN were limited to members of the EU's executive body.   © Reuters
YASUO TAKEUCHI, Nikkei staff writerAugust 24, 2022 02:22 JST | Europe
CopyCopied

BRUSSELS --The European Union and the Association of Southeast Asian Nations will hold a summit of national leaders in December for the first time to discuss expanding trade and infrastructure assistance as the EU seeks to strengthen ties with the Asian bloc and counter Russian and Chinese influence.

The interbloc summit of this type opens Dec. 14 in Brussels, an EU official told Nikkei. Previous summits between the two groups were attended by chiefs and senior officials representing the EU's executive body.