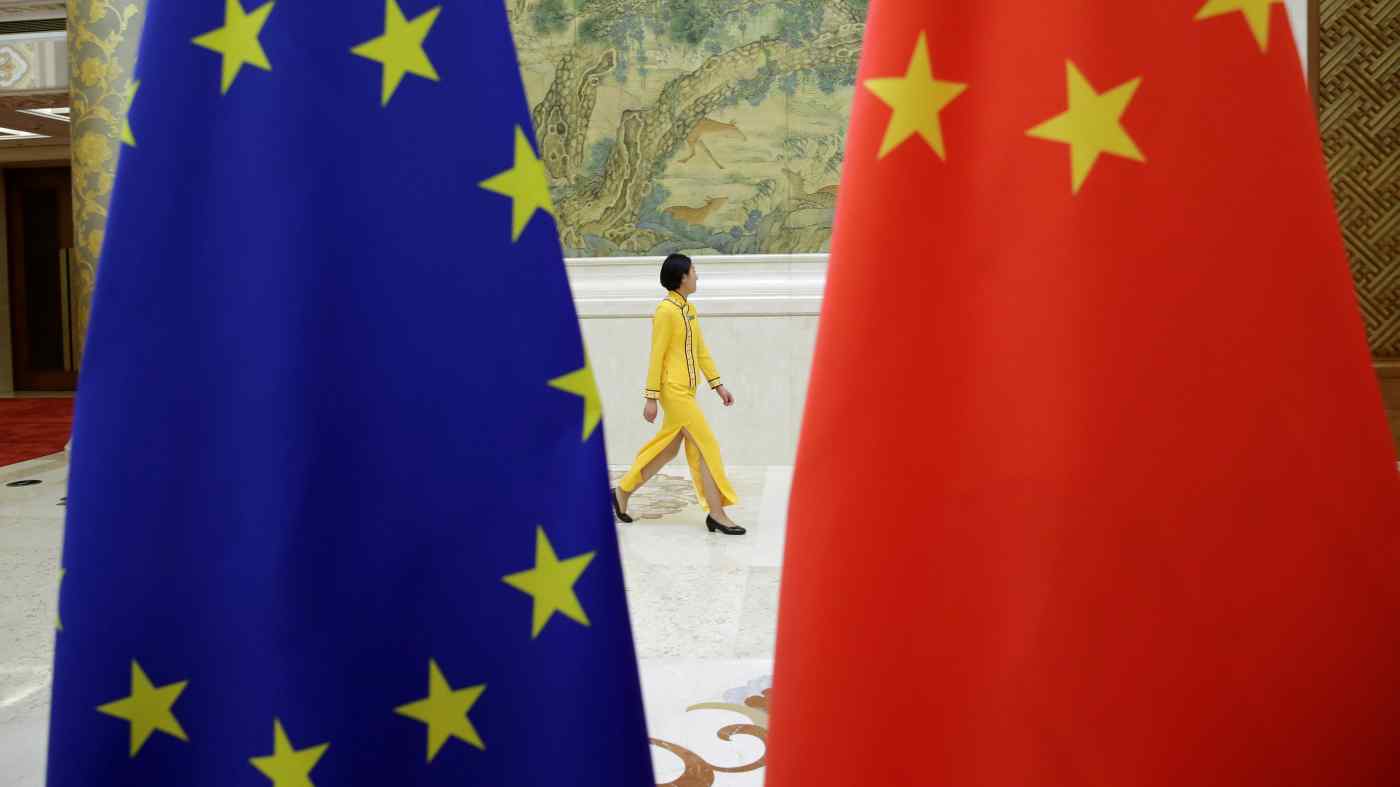 PARIS -- Tensions between the European Union and China rose sharply this week over the imposition of tit-for-tat sanctions and the opening round of a potential war of words.

The French foreign ministry summoned Chinese ambassador Lu Shaye, and Beijing's embassy in Paris insulted scholars and demanded a member of parliament to cancel a trip to Taiwan.

Foreign Minister Jean-Yves Le Drian accused Lu of "insults, invectives and threats" toward scholars and members of parliament, with the ministry adding that "these methods of intimidation are unacceptable and exceed all commonly accepted boundaries for an embassy," according to Agence France-Presse.

Chinese embassies have stepped up their aggression against Western countries in recent months.

Earlier this month, French media revealed that Lu wrote a warning letter to a member of the Senate, discouraging him to pursue his plan to visit Taiwan, despite the clear separation of parliamentary and diplomatic powers in France. 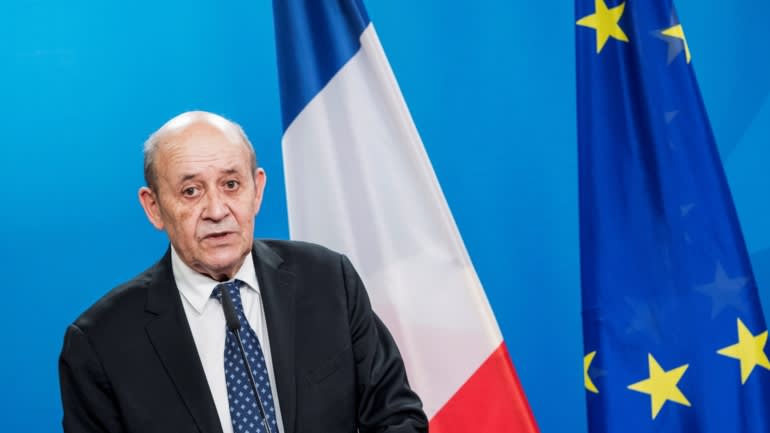 French Foreign Minister Jean-Yves Le Drian addresses a news conference before the start of a conference in Berlin on March 19.   © Reuters

Antoine Bondaz, a French scholar targeted by the fresh sanctions, became a target for the Chinese embassy after he made comments on Taiwan such as defending the right of parliamentarians to visit Taiwan as they wish.

In a series of tweets and news releases, the Chinese embassy responded by calling Bondaz names such as "little hoodlum," "ideological troll" and "mad hyena."

"These attacks actually aim to muzzle the public debate in France, by allowing the Chinese Embassy to decide whether a topic can be discussed or not and to discredit researchers," Bondaz told Nikkei Asia.

"We are in a democracy, the embassy can express itself freely while maintaining a minimum [level] of decency and dignity, which it seems to have lost by insulting me."

"This does not question France's foreign policy in any way, and it is inadmissible that the embassy is trying to create confusion between what our diplomats are doing and what our elected representatives are doing."

Accused of being "anti-China," the scholar said his research on Taiwan is "transparent" and that "it does not aim to influence French foreign policy, but just to normalize Taiwan as a subject of research and object of public debate."

Regarding the vicious tone used by the embassy, he added that "it is not my work but myself that is being attacked, it is because talking openly about Taiwan is extremely embarrassing to the Chinese government." 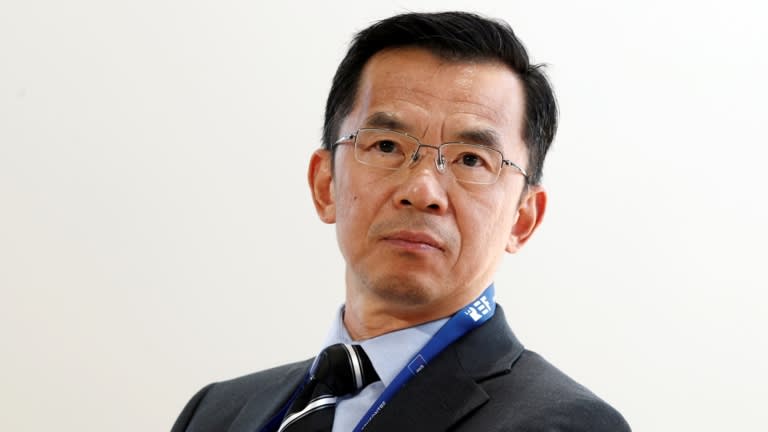 Lu Shaye, China's ambassador in France, attends a meeting in Paris in 2019.   © Reuters

Tensions between China and Europe are rising. On Monday, the European Union announced sanctions on Chinese officials over human right abuses against Uyghur Muslims in Xinjiang.

China, which firmly denies these allegations, instantly reacted with sanctions targeting European citizens, among them scholars and members of the European Parliament.

Other European countries expressed their outrage over the Chinese sanctions. The governments of countries including Lithuania, Netherlands, Denmark, Sweden and Germany hit out at Beijing, and countries across the continent summoned Chinese ambassadors.

The European sanctions included visa bans and asset freezes. Though mainly symbolic, these are the first punitive measures against China from the EU since the Tiananmen crackdown in 1989. This arms embargo remains in place today.

China is not the only country targeted by the bloc. EU foreign ministers agreed on Monday to impose sanctions on North Korea, Libya, Russia, South Sudan and Eritrea. Myanmar junta members were also sanctioned separately.

The U.K. and Canada followed with sanctions on China, and U.S. Secretary of State Antony Blinken designating Chinese officials to be punished. This coordination of Western countries echoes U.S. President's Joe Biden's aim to unite against the growing influence of Beijing.

Since the beginning of the COVID-19 pandemic in early 2020, China's so-called wolf warrior diplomats have become increasingly aggressive. Until now, the EU has shown diplomatic weakness and has struggled to take bold measures as China is a major trade partner.