EU battles to fend off China's 'mask diplomacy' in Balkans 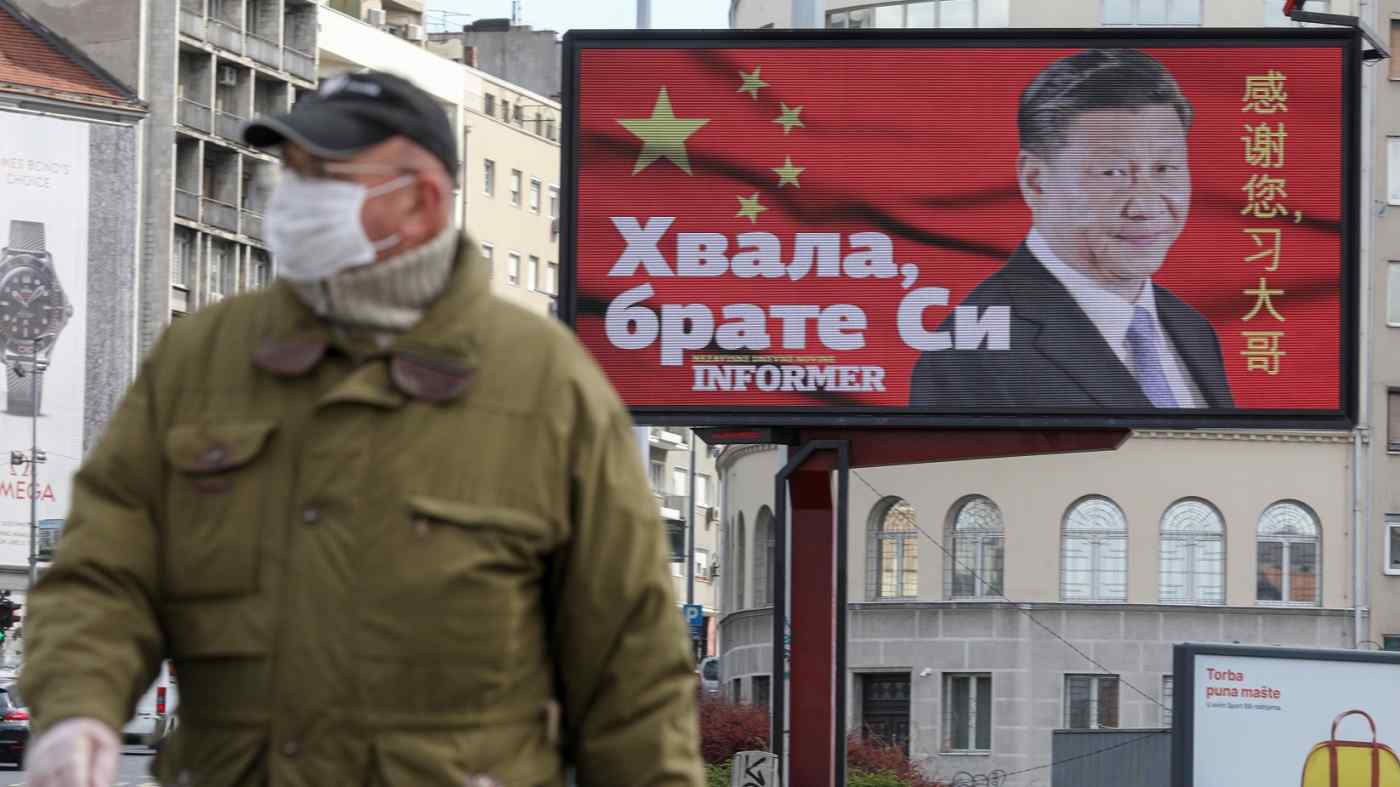 BRUSSELS -- As the novel coronavirus spreads in the Balkans, the European Union finds itself in a fierce battle for influence around the region with China and Russia, which have been quicker to send medical staff and other support.

The EU promised financial and medical support Wednesday in an online summit with the leaders of six western Balkan nations: Serbia, Kosovo, Montenegro, Albania, Bosnia-Herzegovina and North Macedonia. It also expressed support for those countries eventually joining the bloc.

"The western Balkans belongs in the EU, and there is no question for us about it," European Commission President Ursula von der Leyen said after the summit.

The summit was supposed to take place in Zagreb, the capital of Croatia, which currently holds the rotating presidency of the Council of the EU. But an online format was adopted due to the COVID-19 pandemic.

In March, the EU decided to enter membership talks with North Macedonia and Albania. But it took more than two years to reach that point, and the union also was criticized for acting slowly to help after the coronavirus hit the Balkans. This provided an opening for Beijing and Moscow.

China and Russia flew doctors and medical supplies, including masks, to Bosnia and Serbia in March and April to combat the spread of the virus. China deepened ties with the Balkans by expanding the scope of its support, which already includes a push to build infrastructure in the region through Beijing's Belt and Road Initiative.

The Balkans lacks a high level of health care due to slow economic development. The help from China and Russia resonated emotionally as aid did not come promptly from European nations, which have been preoccupied at home.

In the Serbian capital of Belgrade, a billboard expressing gratitude for the aid comes complete with a photo of Chinese President Xi Jinping.

The EU also faces a battle over information in cyberspace. Beijing and Moscow have sought to "cast doubt on the reliability of the European Union, sometimes using half-truths, sometimes pure fakes," EU foreign affairs chief Josep Borrell said in late April. The bloc released a report on disinformation campaigns, but was accused of watering it down in bowing to Chinese pressure.

The Balkans, which has been called the "powder keg of Europe," has seen many conflicts over the years. Europe's stability could be shaken if the region is engulfed in turmoil again. Western and northern Europe hope to maintain the EU's influence in the region, mindful of refugees from the Middle East potentially flooding their borders via the Balkans.

Croatia is the newest EU member, joining the bloc in 2013. Accession for western Balkan nations likely will take five to 10 years as they tackle issues such as corruption. The union will need to consider how to maintain influence while keeping China and Russia in check.

The EU, in its Zagreb Declaration from this week's meeting, said the Balkan states must respect basic values such as human rights, democracy and the rule of law.