Fukushima-grown soybean ban to be lifted as contamination concern recedes 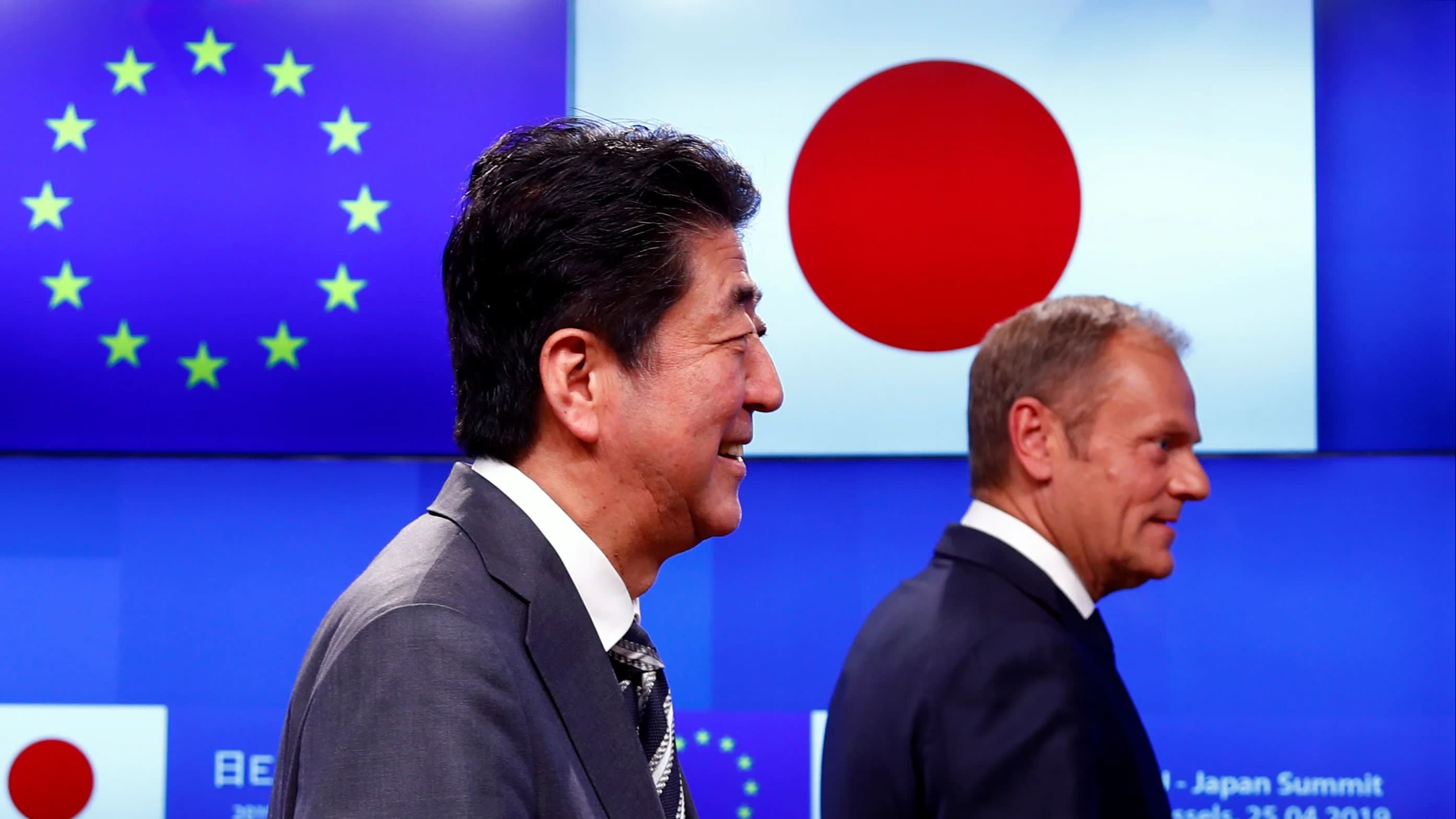 OSAKA (Kyodo) -- The European Union said Thursday it expects to remove restrictions on some Japanese food imports, including Fukushima Prefecture-grown soybeans, amid receding concerns about radiation contamination linked to the 2011 nuclear disaster.

According to the Japanese government, European Commission President Jean-Claude Juncker told Japanese Prime Minister Shinzo Abe the requirement for radiation inspection certificates is likely to be canceled. The two leaders were meeting a day before the start of a two-day summit of the Group of 20 major economies in Osaka.

The European Commission expects the lifting of the requirement to be finalized as early as this fall after it obtains the approval of member countries.

The change impacts food products from Iwate, Tochigi and Chiba prefectures, as well as seafood from Miyagi, Ibaraki and Gunma prefectures, a Japanese government official told a press briefing. The testing requirements would also be lifted for some types of mushrooms.

The move will follow the European Union's lifting of a ban on rice produced in Fukushima in 2017.

In the meeting, in which European Council President Donald Tusk was also present, Juncker and Abe also discussed the need to reform the World Trade Organization and geopolitical issues including North Korea and heightened tensions in the Middle East, the official said.