East Asia Summit statement seeks to balance US and China 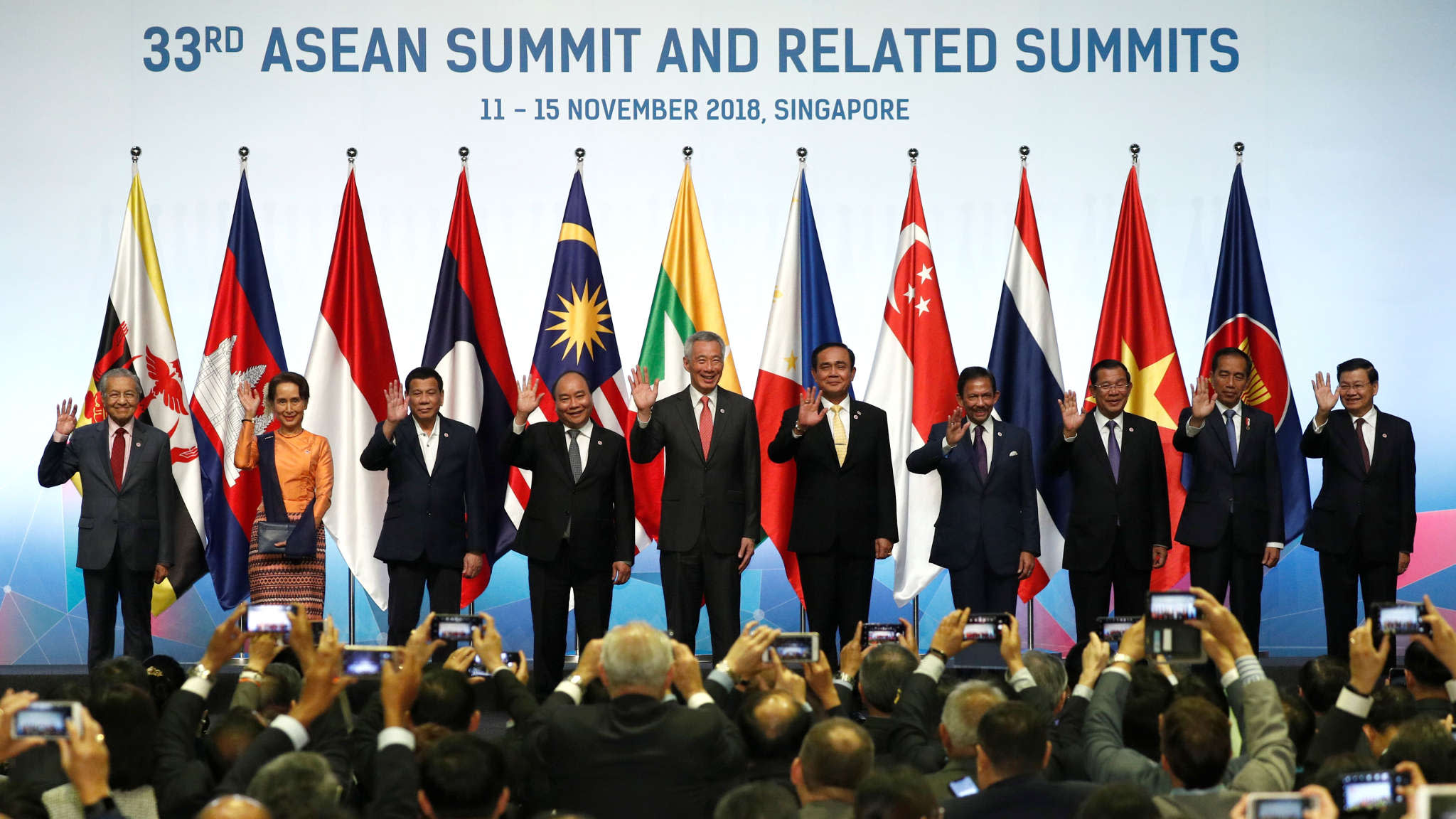 SINGAPORE -- A draft version of the chair's statement for this week's East Asia Summit reflects members' varying stances toward the U.S. and China, making nods to both powers but avoiding any direct mention of their regional initiatives.

A copy obtained by Nikkei on Tuesday calls for an open, transparent, comprehensive and rules-based approach in the Indo-Pacific region. This language is reminiscent of the "free and open Indo-Pacific" advocated by the U.S., Japan and Australia, but that phrasing is not used.

The statement instead simply expresses hope for further discussion on a variety of concepts for the Indo-Pacific, signaling that forum members do not favor one particular view.

This suggests deference to China, whose Belt and Road infrastructure initiative is also not referenced directly. The draft touches on island-building in the South China Sea, but avoids calling out China by name.

The final version of the statement will be released after leaders from the 18 countries participating in the East Asia Summit meet here on Thursday. These include the 10 members of the Association of Southeast Asian Nations, along with Australia, China, Japan, India, New Zealand, Russia, South Korea and the U.S.

The draft statement says that ASEAN, which is positioned between the Indian and Pacific oceans, needs to play a central role in regional affairs.

This hints at members' concern about Washington and Beijing determining the region's security and economic order on their own. Indonesia, the bloc's largest economy, has stressed the need for its own ASEAN-centric vision for the Indo-Pacific.

China or other participants may seek further changes to the draft. Negotiations are likely to continue until Thursday's meeting.