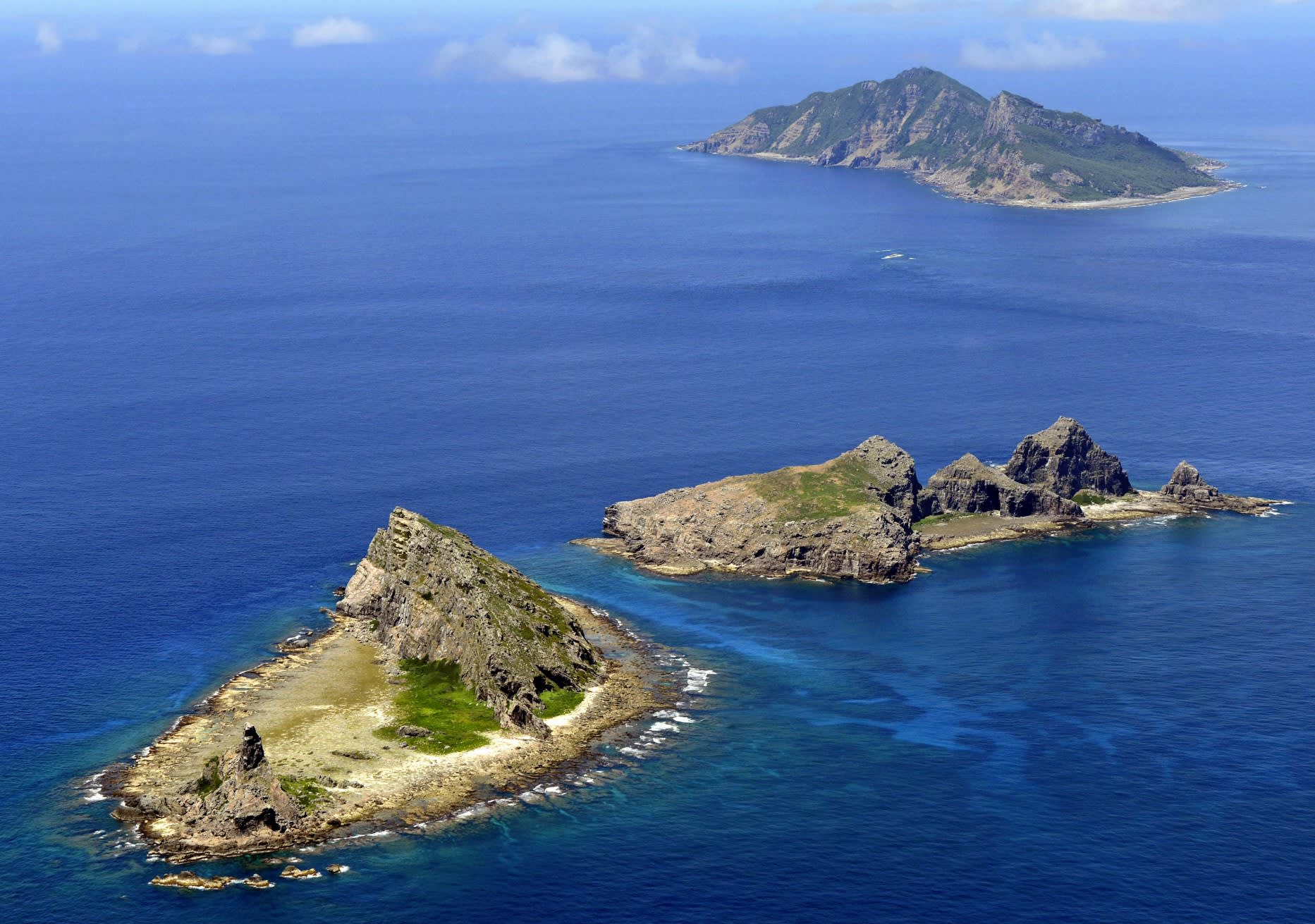 China claims ownership of the Senkaku Islands in Okinawa Prefecture.

BEIJING -- China hosted a ceremony commemorating the 45th anniversary of normalized ties with Japan here on Friday. Yet five years after bilateral relations chilled over islands in the East China Sea, ties have yet to recover to where they were before.

A similar event marking the 40th anniversary of normalized relations in 2012 was cancelled due to Japan's decision to nationalize the Senkaku Islands, which Japan administers but China claims and calls the Diaoyu. The latest event was thus the first major celebration in 10 years.

About 300 prominent figures, including the heads of seven groups promoting bilateral exchanges, attended the event held in the Great Hall of the People here. Yohei Kono, president of the Japanese Association for the Promotion of International Trade, had also met with China's fourth-highest ranking leader Yu Zhengsheng separately ahead of the event. 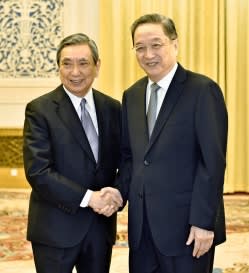 The highest-level Chinese official to attend was Wang Chen, the vice chairman of the National People's Congress Standing Committee. None of the 25 members of the Communist Party Politburo were present. In contrast, the last major ceremony 10 years ago was attended by then-Premier Wen Jiabao.

Although Beijing sent less-prestigious officials this year, those present appeared more sympathetic toward Japan. Both China and the Japanese people suffered greatly under Japanese militarism, former Chinese Foreign Minister Tang Jiaxuan said in his speech at the Friday ceremony, making a clear distinction between the Japanese people and its prewar leaders. He also made no pointed remarks regarding the Senkakus or historical grievances.

The Chinese Communist Party is facing a major leadership reshuffle at its twice-in-a-decade congress in October. With North Korea's nuclear development creating tension in the region, Beijing is eager to keep its ties with Tokyo stable.

Friday's event was likely also intended as a message to South Korea, whose relations with China have suffered from the deployment of the U.S.-developed Terminal High Altitude Area Defense missile shield in the country. The ceremony for the 25th anniversary of China-South Korean ties three weeks ago was held at a hotel, rather than a party or government facility.

Japan and China normalized ties in 1972 with a joint communique signed by Prime Minister Kakuei Tanaka and Premier Zhou Enlai. Bilateral relations quickly took a turn for the worse when Japan nationalized the Senkakus in 2012, triggering anti-Japanese protests across China. Public opinion of the other side deteriorated in both countries, and top-level diplomatic exchanges ceased as well.

In 2014, Japanese Prime Minister Shinzo Abe and Chinese President Xi Jinping agreed to work toward better bilateral ties. But they are far from recovered to pre-2012 levels.

The biggest obstacle is the rise of tensions on the security front. The Japan Air Self-Defense Force scrambled jets 851 times in response to Chinese aircraft in fiscal 2016 -- a more-than-fivefold increase from fiscal 2011. The Chinese military has also been operating across a wider area, and its bombers were seen flying off of Japan's Kii Peninsula for the first time in August. Its Liaoning aircraft carrier also sailed into the western Pacific Ocean for the first time at the end of last year.

"As China continues its maritime expansion, it is inevitable that security-related tensions with Japan will grow," a Chinese diplomatic source said.

Economic cooperation has also declined. Total bilateral trade came to $274.7 billion in 2016, according to the Chinese tax agency, dropping 20% from 2011. While Japan accounted for roughly 20-30% of China's trading activity in the 1980s, it has not topped 10% in the last five years. There are still areas where China looks to Japan, such as in environmental technology. But the island nation is a much less prominent economic partner to China than it once was.

For now, Tokyo and Beijing are focusing mainly on managing existing tensions. The countries used to employ several government and private-sector channels where they could communicate freely, but many have been lost over the years. Japan and China are looking to have their top leaders visit each other this year and in 2018, which will mark 40 years since Japan and China signed their friendship treaty.