Erdogan calls on US executives for better ties with Turkey 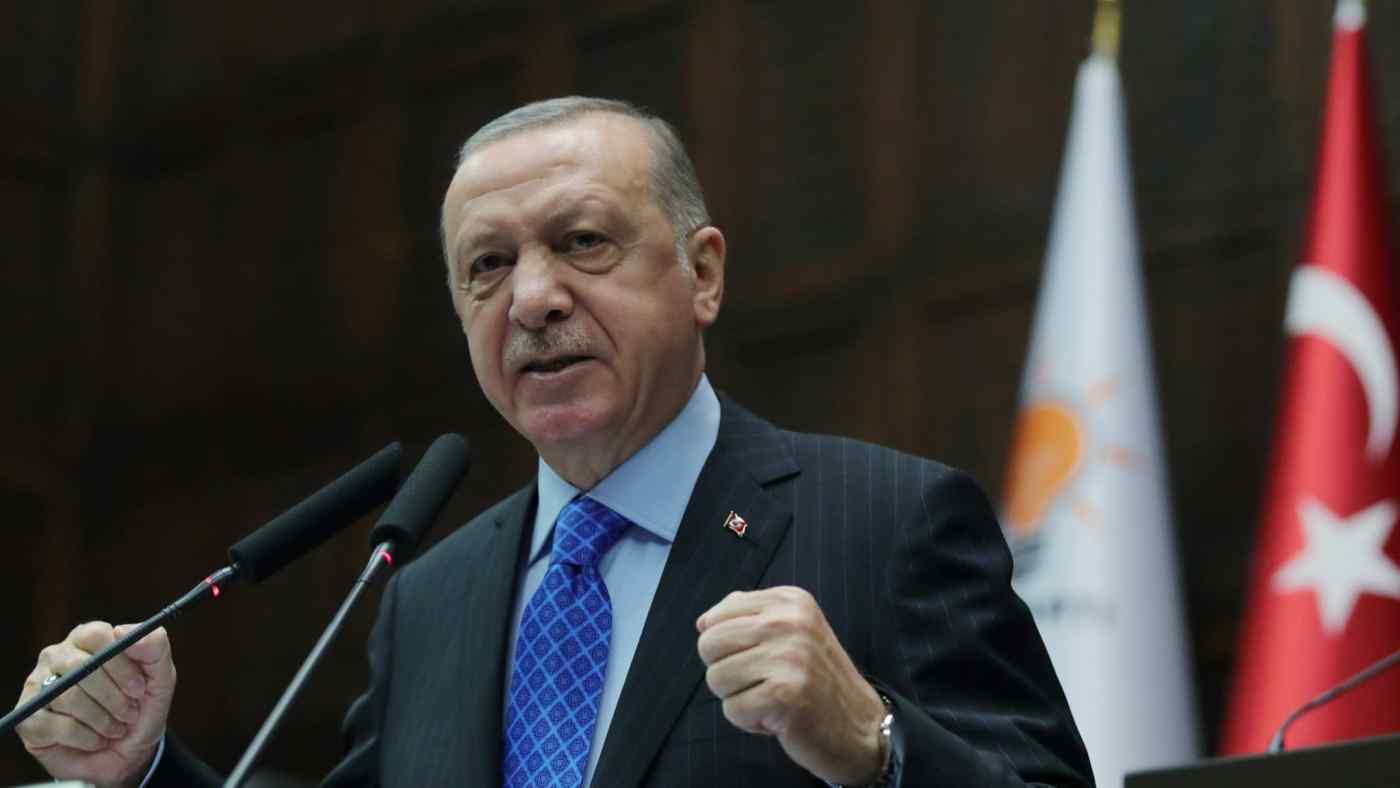 Turkish President Tayyip Erdogan addresses members of his ruling AK Party during a meeting at the parliament in Ankara on May 26. (Presidential Press Office via Reuters)   © Reuters
May 27, 2021 03:12 JST | Turkey
CopyCopied

ISTANBUL (Reuters) -- Turkish President Tayyip Erdogan asked several U.S. corporate executives for better ties in a call on Wednesday in which he again criticised the White House's decision to call the 1915 Ottoman massacre of Armenians a genocide.

Erdogan thanked companies that believed in Turkey and said he expects the United States to be more constructive, adding U.S. tariffs on aluminium and steel remain a problem. He said they could cooperate in Syria and in Libya including in energy.

"I believe we will make Turkey ... a base for production and technology," he told the executives via a translator in televised remarks.

"Biden's statement on the 1915 events has put an added burden on our ties, but I believe the meeting we will hold on June 14 at the NATO summit will be the sign of a new era," he added.

"By simplifying our incentive system, we will ensure investors can take advantage of incentives easier."

Biden and Erdogan have held only one call, on April 23 when Biden said he would call the massacre of Armenians a genocide, a move that drew Turkish condemnation.