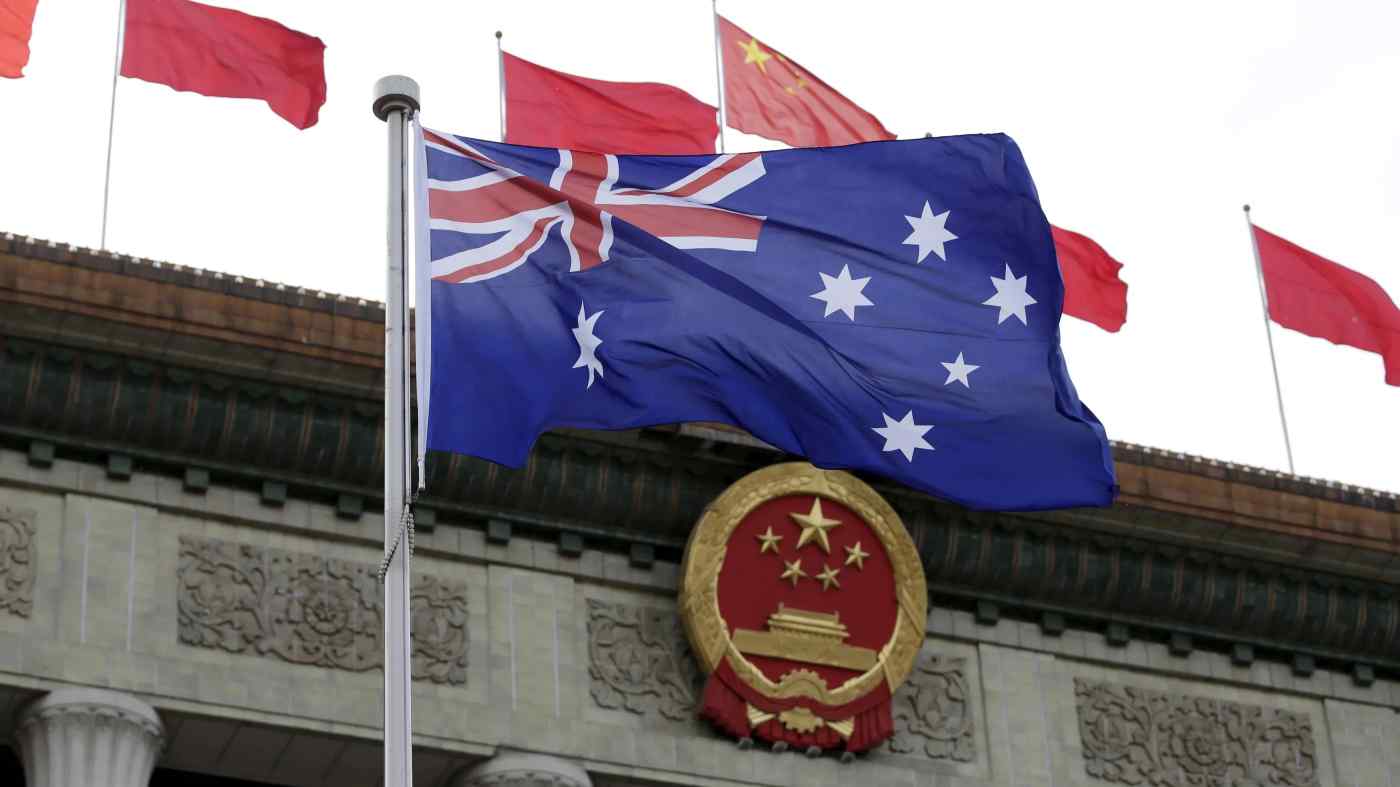 SYDNEY/TAIPEI -- From Taiwan to Australia, governments across the Pacific are launching new laws and organizations to guard against possible Chinese interference in upcoming elections.

A slew of reports alleging Chinese attempts to influence local politics have fueled concern throughout the region. Beijing denies these claims, but other countries in Asia-Pacific could follow suit.

Taiwan's ruling Democratic Progressive Party unveiled a bill at the end of November to curb "hostile" external influence in the island's elections, which it aims to pass by the end of the year. The legislation would impose a sentence of up to five years for those who campaign, make political donations, or spread fake news under the instructions of a hostile power -- a veiled reference to Beijing.

Many Taiwanese worry that Beijing is covertly steering their island toward reunification with the mainland. A June rally against Chinese intervention drew more than 100,000 attendees. Recent reports of a self-proclaimed Chinese spy, who said he was part of operations to meddle with Taiwan's local elections last year and is now seeking asylum in Australia, have further stoked concerns.

The man's allegations were first reported by Australian media on Nov. 23. Chinese state media responded by publishing his name and age, claiming that Taiwanese President Tsai Ing-wen is using him to trick voters into thinking Beijing sent spies to Taiwan.

Tsai has taken a significant lead in opinion polls over Han Kuo-yu, the presidential nominee for the Beijing-leaning Kuomintang, ahead of the vote next month. The Kuomintang has slammed the DPP for pandering to voters with the new bill. A woman casts her ballots during Taiwan's local elections in November 2018. A self-proclaimed Chinese spy recently outlined details of an alleged plot by Beijing in the race.   © Reuters

"The risk of foreign interference in elections is a growing international phenomenon and can take many forms, including donations," Justice Minister Andrew Little said in a statement. "New Zealand is not immune from this risk."

The new law came in response to a 2018 scandal, where the leader of the opposition National Party was accused of receiving a large donation from a Chinese businessman -- a charge the leader denied. Little suggested the possibility of additional election rules to prevent foreign influence ahead of the general election next year.

But contributions from New Zealand companies and nationals with close ties to the Chinese Communist Party could pose problems as well, according to Simon Chapple, director of the Institute for Governance and Policy Studies at the Victoria University of Wellington. "Those avenues are still wide open for exploitation," he said.

Meanwhile, Australian Prime Minister Scott Morrison on Monday announced a special task force to investigate foreign interference. The initiative brings together intelligence and police agencies and will cost more than 87 million Australian dollars ($59.4 million). The government took swift action after reports emerged at the end of November that a Chinese spy ring was plotting to have a Chinese-Australian individual run for parliament in May.

Half of the world's advanced economies that held elections in 2018 faced cyber threats, according to an April report by Canada's Communications Security Establishment.

Cyberattacks also became a hot topic during the U.S. presidential race in 2016, which ended with the election of Donald Trump amid charges of Russian meddling. "China's methods are more sophisticated and serious than Russia's," a source familiar with the matter said.

"Many more resources should be devoted to China's subversive activities," said Clive Hamilton, a professor at Australia's Charles Sturt University.