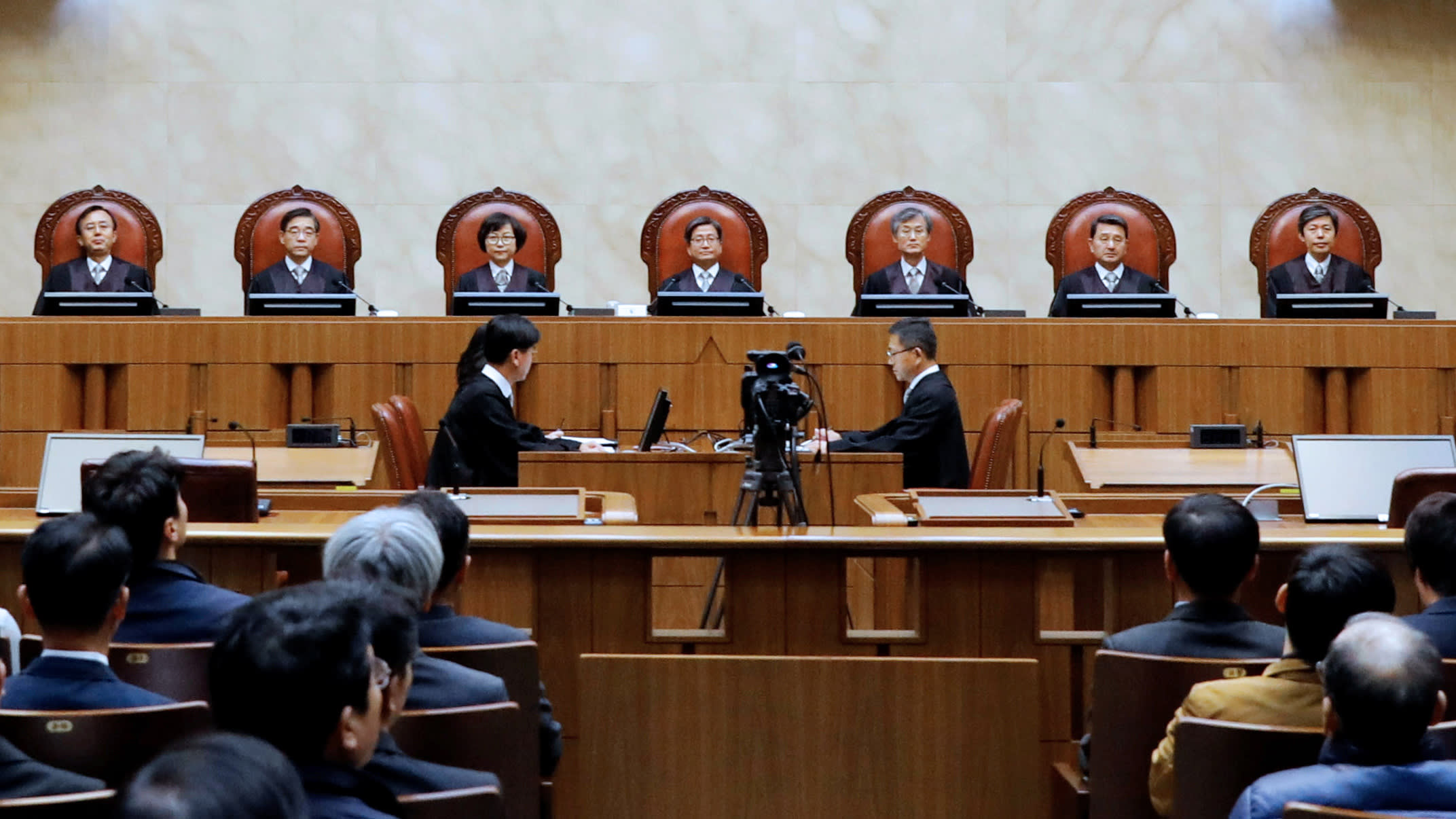 SEOUL/TOKYO -- South Korea's Supreme Court on Tuesday ordered Japanese steelmaker Nippon Steel & Sumitomo Metal to pay compensation of 100 million won ($88,000) each to four Koreans who were forced to work for the company during World War II.

The verdict goes against the Japanese government's view that the wartime labor issue was resolved in a 1965 treaty normalizing diplomatic relations between the two countries.

Dozens of Japanese companies are involved in similar cases, and now face the possibility of losing in court and having assets seized in South Korea. The ruling also adds to the long-standing tensions between Tokyo and Seoul over wartime and territorial issues.

Here are five things to know about the case:

What is this case about?

During Japan's 35-year colonization of the Korean Peninsula, from 1910 to 1945, hundreds of thousands of Koreans were sent to work in Japanese factories. Many were underfed and only had a one or two days off a month. After the war, many of those forced to work for Japanese companies demanded compensation.

In this case, the four Koreans were sent to work in a steel mill in northern Japan's Iwate Prefecture. They said Nippon Steel abused the workers' human rights and forced them to work.

In 1965, the two neighbors signed a treaty to restore diplomatic ties and agreed to a settlement under which Japan would pay a $500 million economic aid grant to South Korea to "completely and finally" resolve the issue of individuals' right to compensation.

Tokyo insists that the issue of reparations to people forced to work has been resolved. Seoul suggests it has been settled, but has avoided giving a detailed explanation to avoid upsetting the South Korean public.

Why is the compensation question still a problem?

This can be traced back to Japan and South Korea's differing views of history.

Japan's Supreme Court ruled in 2007 that Chinese individuals had forfeited their right to seek damages from Japan and its companies, maintaining that the issue was settled by the 1951 San Francisco Peace Treaty. This, Tokyo says, indicates that the issue with South Korea has also been resolved.

But South Korea's top court ruled five years later that the Japanese court's decision was based on the premise that its colonial rule of Korea was legal. It said the decision runs counter to the South Korean Constitution, and that the 1965 agreement cannot nullify an individual's right to compensation.

What does the dispute mean for bilateral ties?

The court ruling calls both countries' interpretation of the 1965 treaty into question and risks casting doubt on Japan and South Korea's efforts to put their troubled history behind them.

In 2005, the government of President Roh Moo-hyun said Japan's economic grant to South Korea took into account the issue of people who were forced to work. With the two countries already at odds over several issues, including wartime "comfort women" and sovereignty over rocky islets in the Sea of Japan, ties will suffer if Seoul changes its view on the settlement.

Will the ruling affect other Japanese companies?

Around 70 other Japanese companies, including Mitsubishi Heavy Industries, Nachi-Fujikoshi, Yokohama Rubber, Sumiseki Holdings, and Hitachi Zosen, are involved in 15 similar cases in South Korea. The Nippon Steel case makes it more likely that they will lose in court.

If the companies do not comply with the ruling and refuse to pay compensation, their assets in South Korea could be seized. This will affect both Japanese companies and South Korean companies that do business with them.