Five things to know about the Singapore-Malaysia territorial dispute 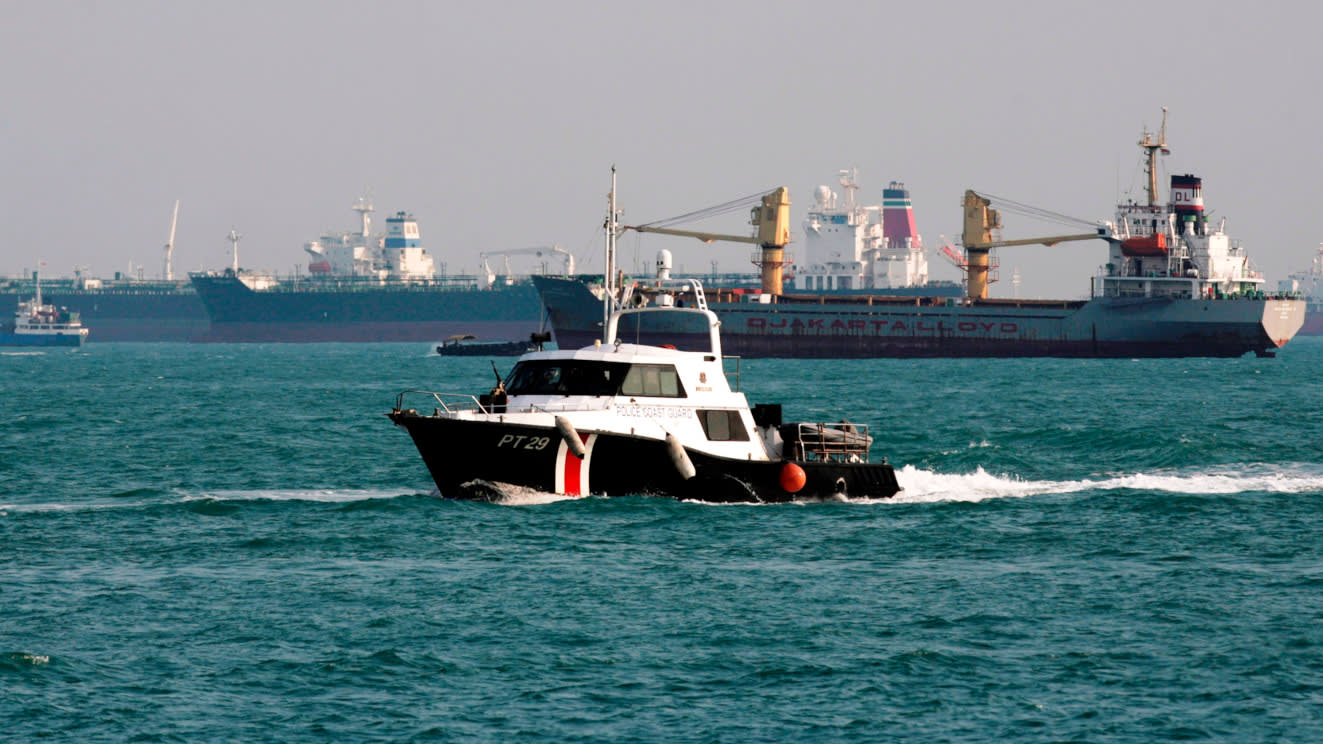 KUALA LUMPUR -- Malaysia and Singapore are at odds only four weeks since the countries' leaders met to discuss better ties, reflecting the sometimes troubled relationship between two nations separated by a strait as narrow as a kilometer.

Tensions are rising after Malaysia, under second-stint Prime Minister Mahathir Mohamad, seeks to review a water supply deal signed in 1962 and other bilateral contracts. Here are five things to know about the flare-up.

How did a long-simmering territorial waters dispute reach boiling point?

Malaysia's attorney general on Oct. 25 declared its intention to alter the maritime map around Johor Port, thus extending the boundary toward Singapore. The city-state's government called the declaration unilateral, saying that it had not been consulted and that the boundary change intrudes into its territorial waters.

With Malaysia now claiming the new maritime boundary, Singapore says 14 Malaysian vessels intruded into its waters in a span of less than two weeks, through Wednesday.

When and how did the governments take their disputes public?

On Dec. 4, Malaysian Transport Minister Anthony Loke revealed the government's intention to regain control of Malaysian airspace from Singapore, which has been responsible for air-traffic control over the southern part of Johor State since 1974. He was speaking at a news conference.

Previously, Singapore had proposed new flight patterns for planes using little-known Seletar Airport. The Malaysian government found the proposal unacceptable, believing one of the new flight paths would jeopardize developments around a Malaysian industrial zone. "We are not against Seletar Airport," Loke said. "But as far as the descent flight path, it cannot be over [the district of] Pasir Gudang."

The city-state struck back that same day. "The current airspace arrangements have been working well and have facilitated growth," the Transport Ministry said in a statement. "Hence, any proposed changes will impact many stakeholders."

At the same time, Singapore's Transport Ministry said Malaysia had extended the water boundary of Johor Port "in a manner which encroaches into Singapore's territorial waters," into which vessels from Malaysia have repeatedly intruded.

Kuala Lumpur answered this by calling the city-state's claims "inaccurate," adding that Singapore has in recent years carried out extensive land reclamation in the area. Regarding its vessels, Malaysia said it is within its rights to deploy coast guard and other ships in its territorial waters.

Are the two governments working to solve their differences amicably?

Several Singaporean cabinet ministers have rather bluntly waded into the discord. "Singapore will not hesitate to take firm action against intrusions and unauthorized activities in our waters," Transport Minister Khaw Boon Wan said in statement on Thursday. "My main message today is... back off. Leave our waters while we pursue sit-down dialogues and try to resolve [the dispute]."

On Sunday, Finance Minister Heng Swee Keat vowed to take "firm actions to protect Singapore's sovereignty and territory." Heng, who is seen as the front-runner to be Singapore's next prime minister, said in a Facebook post that "this is a serious matter of national interest."

So far, Mahathir has responded diplomatically, describing the countries as "twins" and citing the need to settle the disputes based on legal provisions. "A lot of people announce their borders off and on, and that causes a lot of disputes, so we will settle the disputes based on legal provisions and our rights," he said at a news conference on Saturday. "The important thing is that Singapore agrees to a negotiation, until we finish negotiations we cannot give a final answer."

The country's Ministry of Foreign Affairs on Friday proposed to Singapore that both nations refrain from sending any enforcement assets into what it called the "disputed area" beginning Saturday.

Singapore rejected the proposal before Saturday rolled around, asking Malaysia to withdraw its vessels first. "Sending Malaysian government vessels into the area is inconsistent with innocent passage," said Chan Chun Sing, Singapore's minister for trade and industry. "Then suggesting that Singapore vessels leave the area for talks to happen? That's not right. Even the layman can see that this cannot be right."

Malaysia said it has forwarded a meeting agenda to Singapore aimed at resolving the maritime dispute. In a bid to reduce tensions, Malaysia's foreign ministry said on Monday that it will take "all measures to de-escalate the situation on the ground" before a meeting next month.